The original Wiggles' lineup of Anthony Field, Murray Cook, Greg Page and Jeff Fatt are reuniting this month for 18+ shows in aid of the Australian bushfire crisis.

But the globally-recognised children's entertainers revealed on Wednesday that they almost missed their big break in the early '90s.

During an appearance on the Today show, Anthony claimed the group had been told by multiple booking agents that four male kids' entertainers would 'never work'. 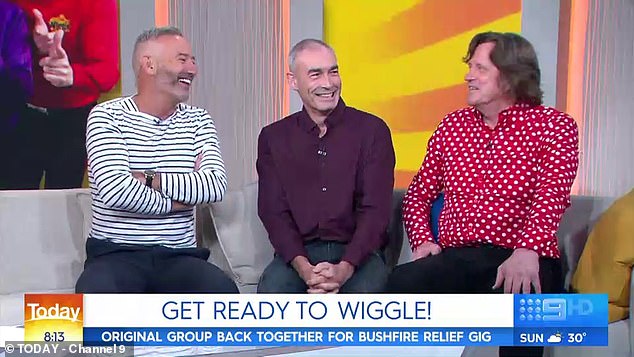 'It was looked upon suspiciously': The Wiggles have revealed they were almost never signed in the 90s due to being an all-male children's group

The Wiggles launched in 1991, and three of the original members (Murray, Greg and Jeff) were later replaced with younger performers.

Today's reinstated anchor Karl Stefanovic told the group in the studio: 'No one in their right mind would have thought this is going to be one of the greatest exports that the country has ever seen.'

Former Yellow Wiggle Greg Page, 47, agreed, saying the group was originally turned away by a female booking agent in Sydney's Double Bay when they asked to be signed in the 90s.

'There is four of you, it will never work. Too many of you, you'll never make any money,' Greg recollected the advice she gave almost 30 years prior. 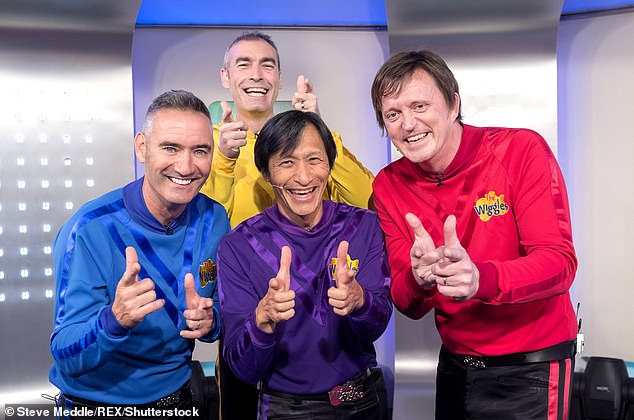 'Men to sing children songs at the time was also kind of looked upon suspiciously': The group claimed they were turned away by booking agents in the 90s and told  'it would never work'  Pictured in 2012

'We're early childhood teachers and again that was something odd... there's not many of us male preschool teachers, especially then,' former Red Wiggle Murray Cook, 59, added.

'So it was actually good [the group was signed], because men should be involved in bringing up the children,' Anthony continued of their successful career to date. 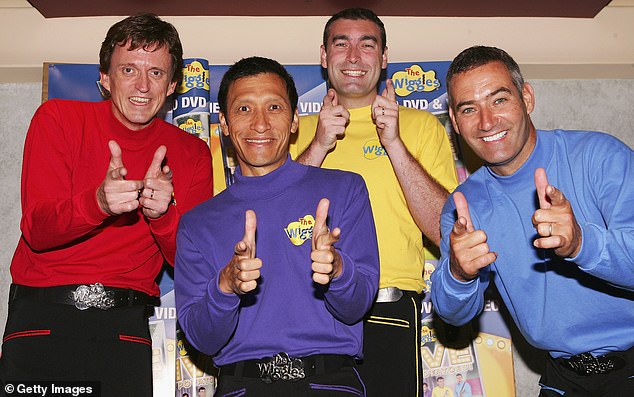 Worthy cause: The original