He suffered a nasty accident while skiing in Switzerland before Christmas.

And now Bachelorette and Bachelor In Paradise alum Dean Unglert has been describing his ordeal in a blog post.

The 28-year-old reality star talked about the 'spill that put me in the hospital for the next five days and leaves me on the mend for roughly the next 12 months' and praised his girlfriend Caelynn Miller-Keyes for traveling to Europe to be with him. 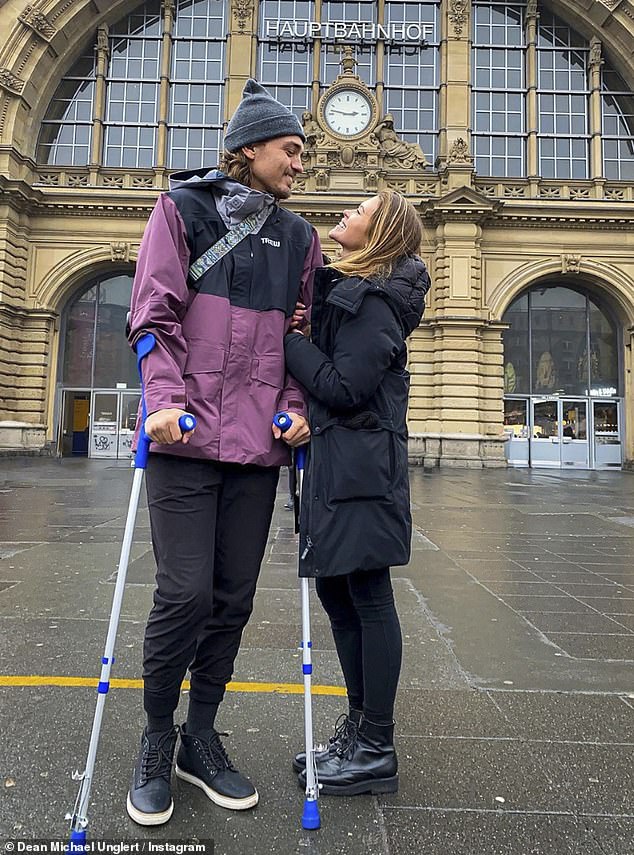 The accident occurred on the first day of his planned week-long ski vacation in the Swiss Alps.

Admitting he took to the piste in 'bad' weather conditions, Unglert wrote: 'Sure enough, while I was blowing down the mountain hooting and hollering, an obstacle came out of nowhere and placed itself right under my skis.'

'I skied hard into a rock that had hidden itself with a fresh dusting of snow. The second I hit the rock my left ski flew off and I immediately knew this wasn’t going to end well. My right ski, still attached to my foot, grabbed ahold of something while I was launched through the air and torqued my leg in a way it’s never been before.'

He said he knew immediately that something was very wrong.

'In the middle of my tumble I could hear and feel something bad happen to my right hip but I had no idea exactly what happened,' he shared. 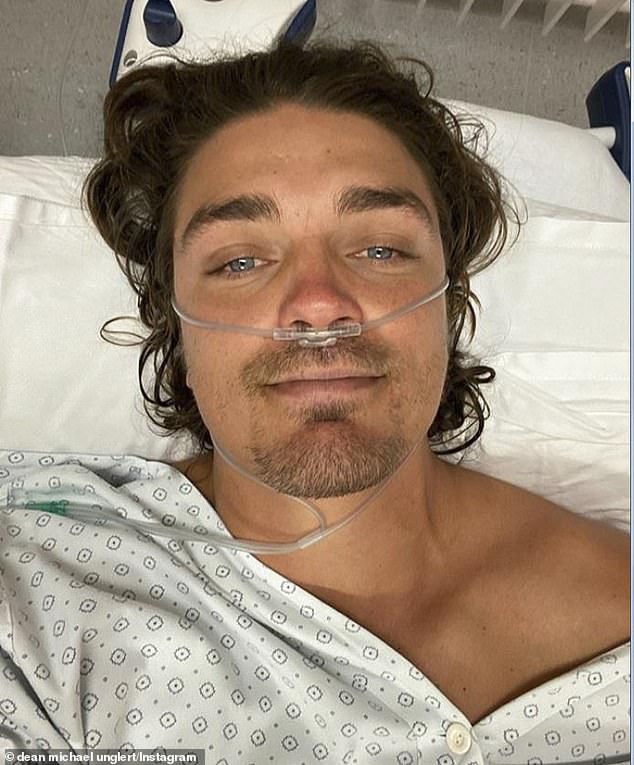 Ouch: The reality star, 28, who posted this hospital bed selfie on December 28, said he skied into a rock hidden by snow which threw him into a tumble, breaking his right femur

Initially, he said, he was determined to get off the slopes under his own steam.

But after about 20 minutes lying in the snow, he realized that wasn't going to happen.

A fellow skier flagged down the ski patrol who called in a helicopter to airlift him to a hospital.

'The Swiss Mountain Rescue is in a

PREV Dancing On Ice: Maura Higgins kicks-off show with Love Island themed performance
NEXT Sofia Richie and Scott Disick bundle up for some shopping in Aspen