I'm a Celebrity... Get Me Out Of Here! Australia's Ryan Gallagher has spoken candidly about his mum's fifth battle with cancer.

In an interview with TV Week, the 32-year-old said his mother Vickie, 66, is one of the 'toughest people he knows' and her strength encouraged him to go into the jungle.

'My mum has had breast cancer five times and is currently going through treatment,' he told the publication. 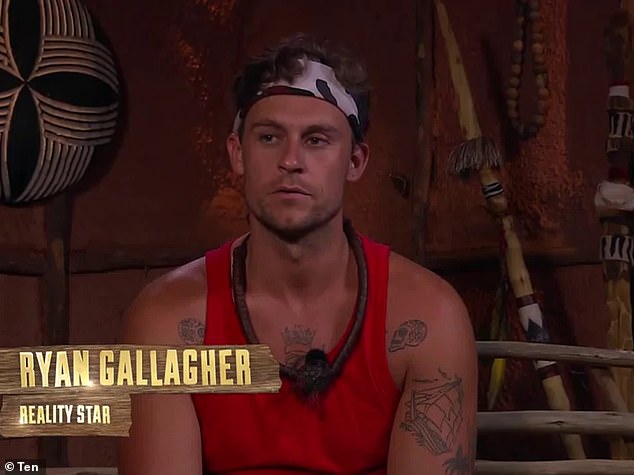 Candid: I'm A Celebrity's Ryan Gallagher (pictured) has spoken about his mum's FIFTH battle with cancer and said her strength encouraged him to apply for the show

He added: 'She's one of the toughest people I know and [she] never wanted anybody to know she was sick or losing her hair while she was having treatment.'

The former MAFS star went on to say that 'seeing [his mum] sick is one of the biggest challenges for me. I can't handle it'.

Ryan is currently competing on I'm a Celebrity to raise funds