Rebel Wilson is one of the busiest actresses in Hollywood.

But on Wednesday, it appeared the 39-year-old certainly enjoyed rest and relaxation over the holidays while spending time in Australia.

Rebel shared a series of photos with her friend Sam Kennedy showing the pair frolicking together on Main Beach, Gold Coast, last week. 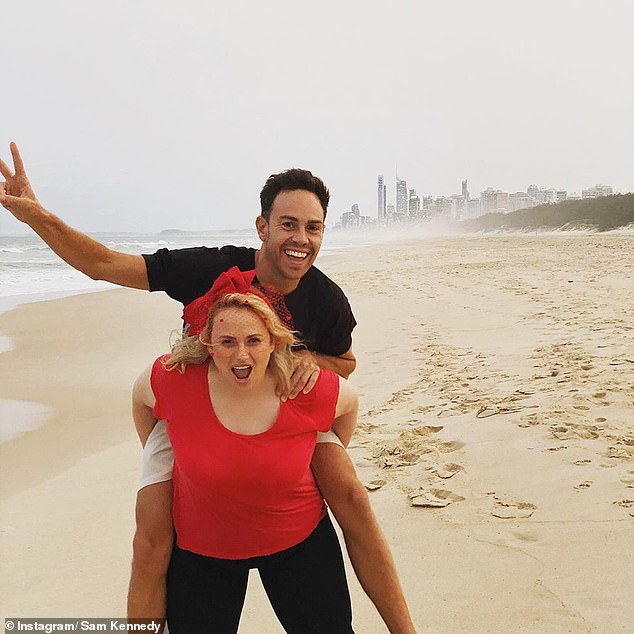 All smiles! Hollywood actress Rebel Wilson (pictured) beamed while frolicking on the beach with her pal Sam Kennedy on the Gold Coast last week

Rebel beams in the photographs, as she gives Sam a piggyback while he throws up the peace sign.

While a second shot shows her hugging her hunky friend, as the CATS actress lifts him in the air while he stands on the beach.

A third shot shows sees him with his hand playfully slung over shoulder, as the pair walk off the beach together. 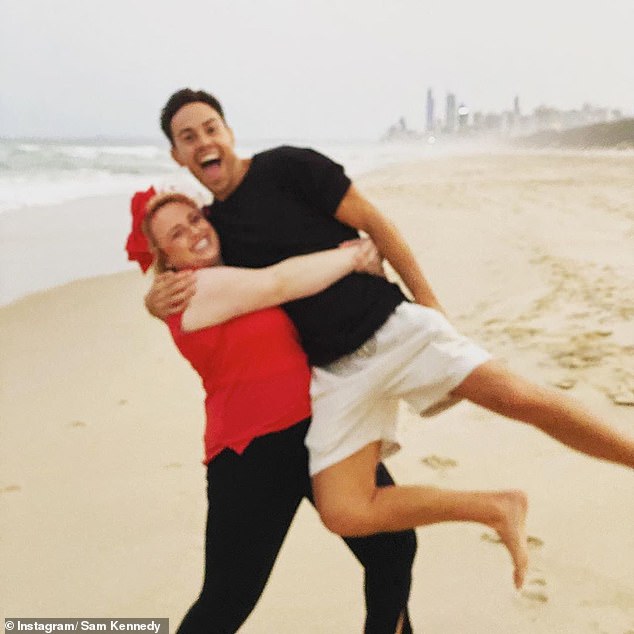 Look at me! Rebel beamed as she lifted up her hunky friend, while acting playful on the sand

Rebel wore a pair of tight black trousers and a red top for the outing, along with a red fascinator. Sam opted for a black T-shirt and beige shorts.

It appears the Rebel and Sam have worked together on a number of projects before. 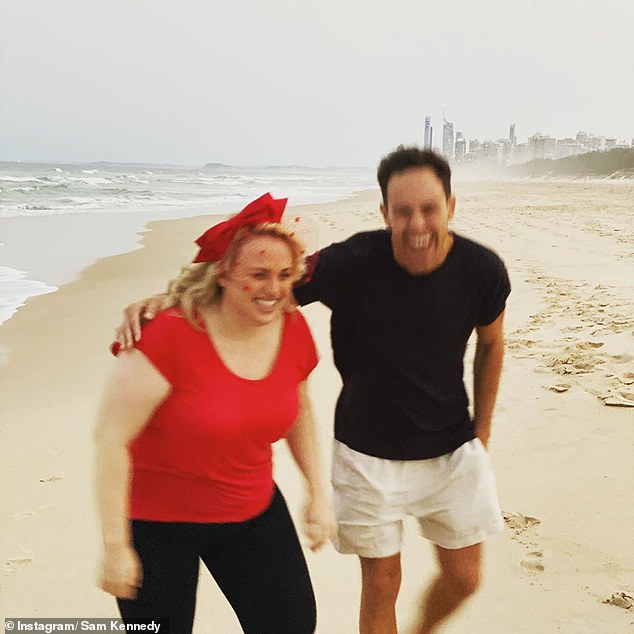 PREV I'm A Celebrity's Ryan Gallagher reveals the heartbreaking reason he applied ...
NEXT Sofia Richie and Scott Disick bundle up for some shopping in Aspen