Sarah Paulson on Tuesday comforted her longtime confidante Amanda Peet, who appeared to be in distress amid a tense phone call in Beverly Hills.

The star of American Horror Story and American Crime Story, 45, embraced the Dirty John actress, 47, outside of the Meche Salon on the wintry day in Southern California.

Paulson was clad in a black robe during the outing at the hair salon, staying comfortable in black sweatpants and sneakers. 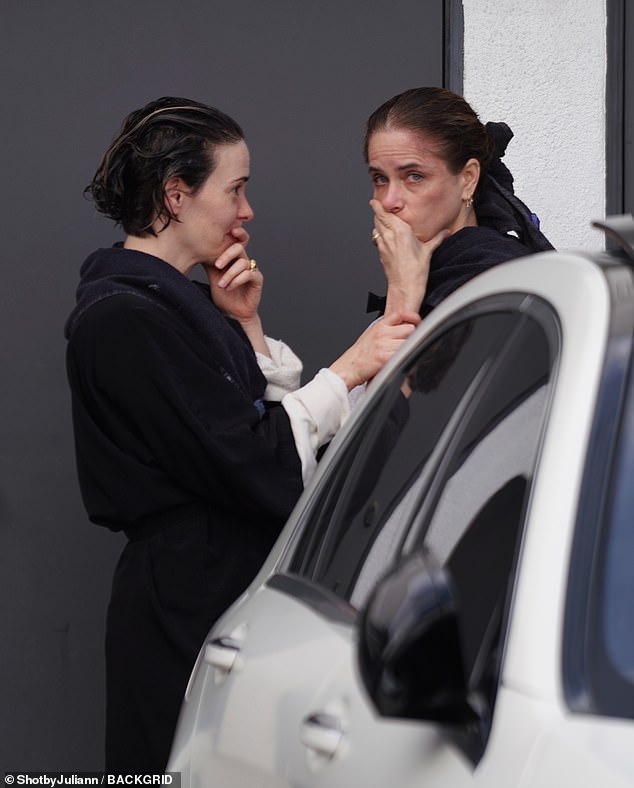 There for her: Sarah Paulson, 45, on Tuesday comforted her longtime confidante Amanda Peet, 47, who appeared to be in distress amid a tense phone call in Beverly Hills

The pair have a longtime friendship that came into the public eye when they kissed at the Golden Globes in 2017.

'There was no thought process' leading to the kiss, Peet subsequently told People, as 'that is often the case with [her] relationship with Sarah.'

Peet described their relationship as 'complicated,' adding, 'It’s very intense and visceral and really beautiful and we work hard at it.'

Peet, who's been seen in recent years on TV shows such as Brockmire, The Romanoffs and Togetherness, first worked with Paulson on the WB TV show Jack & Jill, which ran from 1999 to 2001 and co-starred Jaime Pressly and Simon Rex. 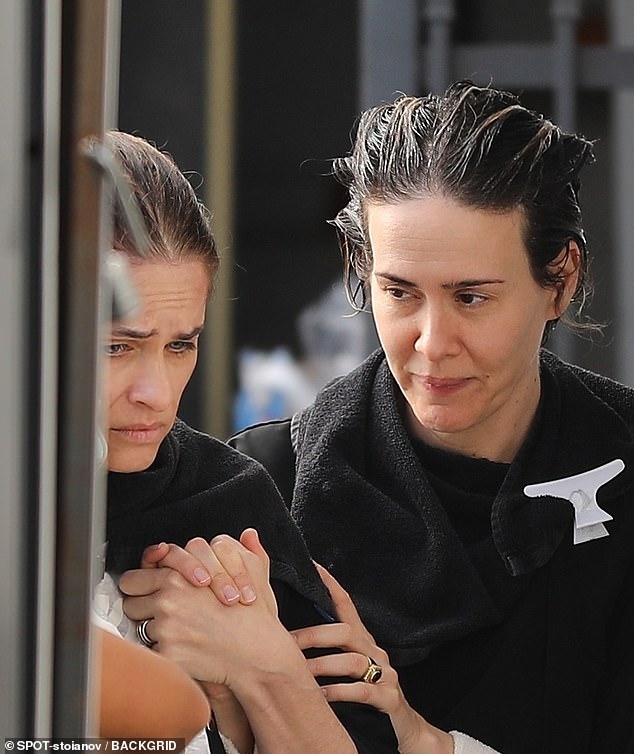