She's been a star since appearing in David Fincher's 2002 thriller Panic Room at the tender age of 12, and she's making a return to the genre with this terrifying-looking new film.

Kristen Stewart showed off yet another blonde new hairdo Tuesday night at a special fan screening of her new movie Underwater, about a crew of deep see researchers contending with an earthquake that threatens their safety, as well as a malevolent creature lurking in the ocean depths.

Stewart, now 29, wore a beautifully tailored black jacket to the event at the Alamo Drafthouse in Downtown Los Angeles, California, which she kept open to reveal a skimpy white tube top underneath. 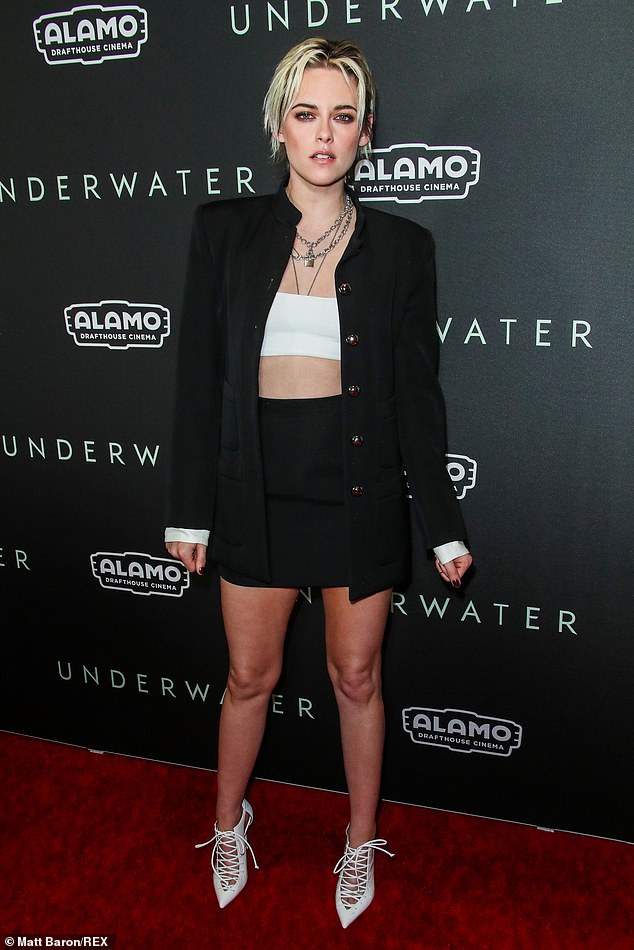 Beguiling: Kristen Stewart wore a beautifully tailored black jacket to the event at a special fan screening of her new movie Underwater at the Alamo Drafthouse in Downtown Los Angeles

The Twilight actress paired this with a high-waisted black miniskirt.

She wore her habitual layered chains and necklaces, one with a padlock around her neck.

Her jacket featured white cuffs that underscored the brightness of her tube top.

On her feet, Kristen wore white lace-up heels that gave her look a flirty and dainty feel. 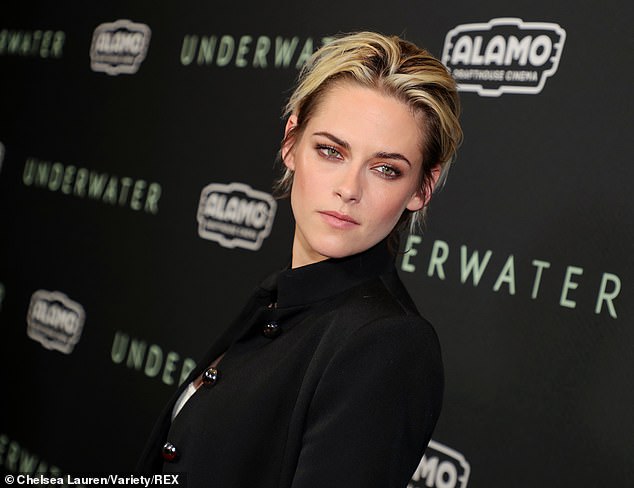 Baby green eyes: Stewart showed off yet another blonde new hairdo Tuesday night at a