Alessandra Ambrosio and Nicolo Oddi are taking their love abroad in the new year.

The two love birds were spotted out enjoying a romantic boat ride on Tuesday afternoon while in Florianopolis, Brazil.

Both Alessandra, 38, and the fashion designer, 39, appeared to be enjoying their time together as they showed off their toned figures while rocking their swim wear for the day. 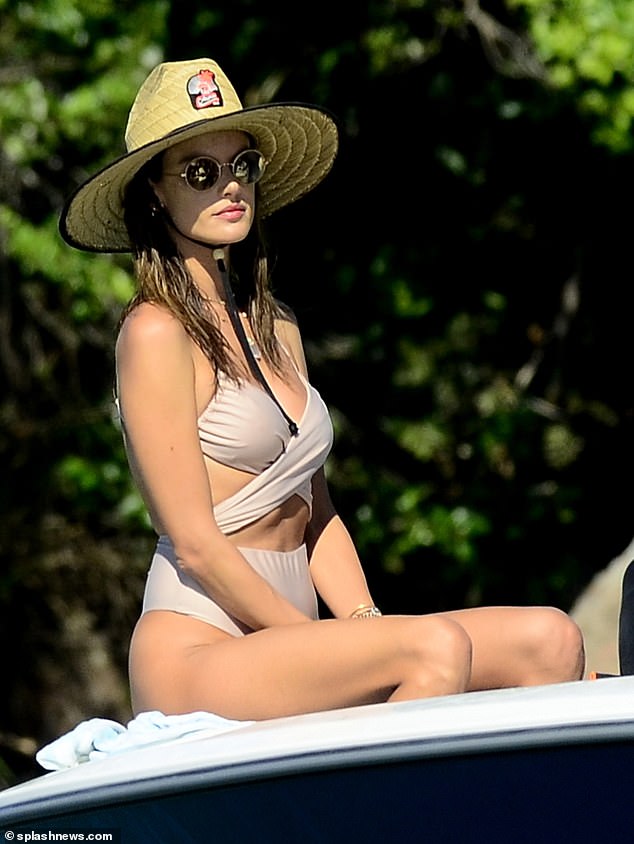 Soaking up the sun: Alessandra Ambrosio and Nicolo Oddi were spotted out enjoying a romantic boat ride on Tuesday afternoon while in Florianopolis, Brazil

For her look of the day, the mother-of-two rocked a beige cut-out one piece that showed off her cheeky assets.

She also threw on a simple straw hat and round sunglasses while enjoying her time out in the sun.

During this getaway, she has been donning a number of sizzling looks while catching some rays with her beau.

On Tuesday, she took to her Instagram to share a series of shots while basking in the sun and shared the caption: 'Island Gal.' 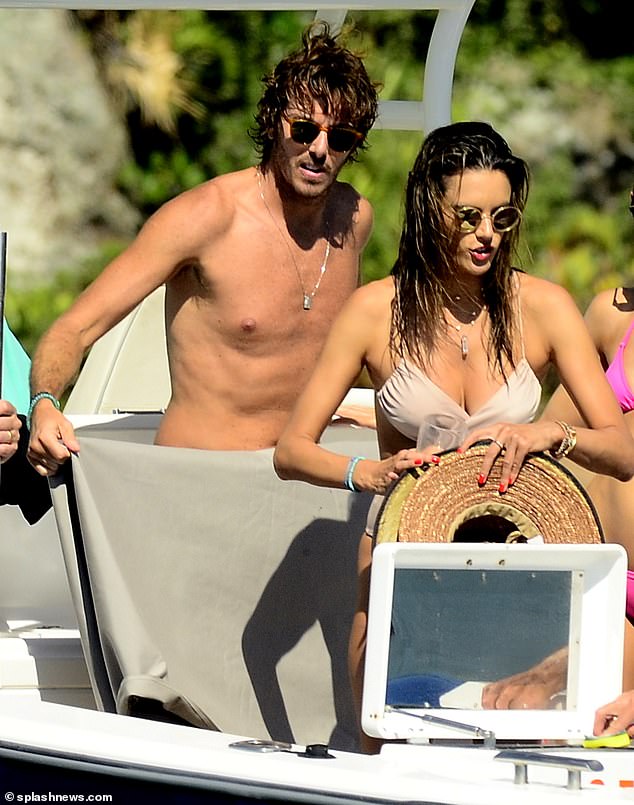 Having fun! Alessandra and Nicolo Oddi are spotted taking a boat ride and soaking up

PREV Minka Kelly goes strapless in colorful-striped ball gown at Fashion Scholarship ...
NEXT Sofia Richie and Scott Disick bundle up for some shopping in Aspen