Multitasking mama! The Bachelor's Simone Ormesher flaunts her post-baby body as she sunbathes in a bikini... while rocking her newborn to sleep using her FEET

She's the Bachelor in Paradise star who balances life as an Instagram fitness model with her duties as a new mother.

And on Wednesday, Simone Ormesher found a clever way to showcase her incredible physique also rocking her newborn daughter, Gracie-Mae, to sleep.

The 27-year-old uploaded a clip to Instagram of herself sunbathing by her swimming pool in a racy leopard print bikini.

She began the video by panning the camera across her scantily-clad frame, giving fans a generous glimpse at her toned tummy.

When she moved the camera further down her body, however, it became apparent that Simone was also rocking little Gracie-Mae back and forth in a bassinet with her feet. 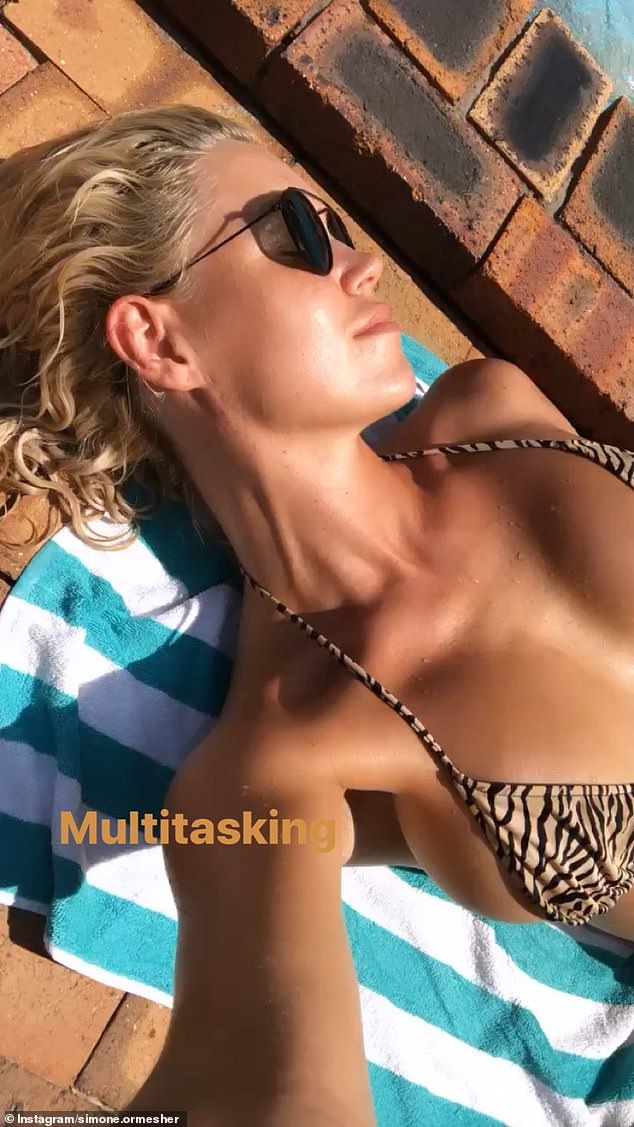 Multitasking: Bachelor In Paradise's Simone Ormesher, 27, found a clever way to showcase her incredible physique while also rocking her newborn dauhter Gracie-Mae to sleep on Friday 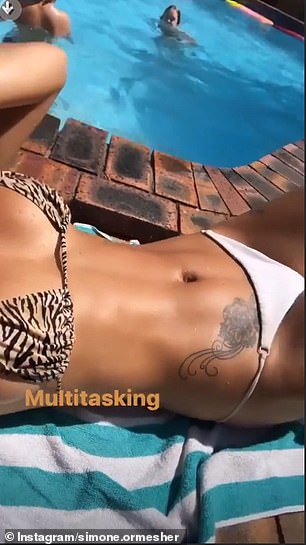 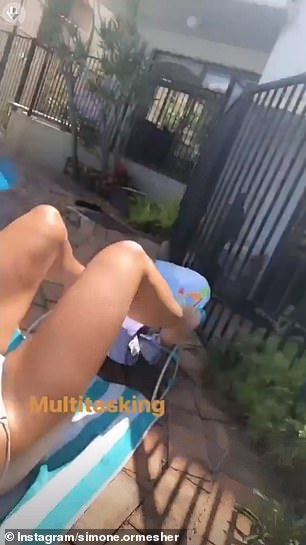 Supermum! Taking to Instagram Stories, the new mother uploaded a clip of herself sunbaking by the pool while rocking Gracie-Mae in a bassinet with her feet

Simone has been updating

PREV Larry King and estranged wife Shawn Southwick sell Beverly Hills mansion for ...
NEXT Sofia Richie and Scott Disick bundle up for some shopping in Aspen