Did you spot it? Breakfast TV hosts reveal the subtle clue that 'glowing' Meghan Markle could be expecting baby number two... and she did the same thing during her first pregnancy

Meghan Markle famously tried to conceal her pregnancy with a stack of folders when she arrived in Australia with Prince Harry in October 2018.

And on Wednesday, the team at Aussie breakfast show Sunrise speculated that the Duchess of Sussex could be expecting baby number two.

Hosts Samantha Armytage and David Koch said that photos of the former Suits actress, 38, visiting Canada House in London on Tuesday reminded them of her previous visit Down Under. 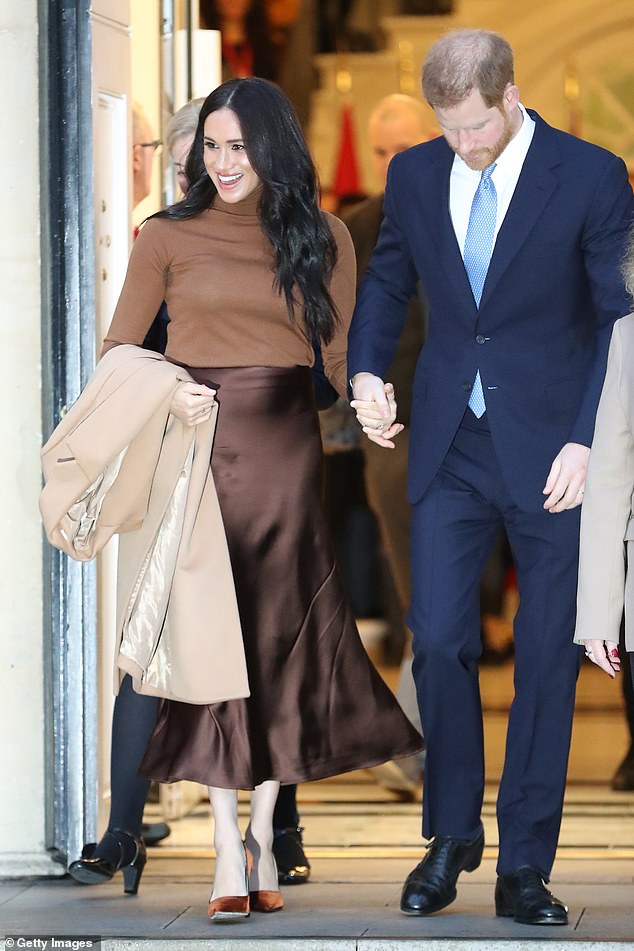 Did you spot it? The hosts of Australian breakfast show Sunrise have revealed the subtle clue that Meghan Markle could be expecting baby number two. Pictured: The Duke and Duchess of Sussex at Canada House in London on Tuesday

The pair said that Meghan holding her coat in front of her stomach could be a telling clue that she's pregnant.

'They're glowing! I think she's got a glow about her!' David said.

PREV Rachel Brosnahan brings the 'wow' factor to Jimmy Kimmel Live in low-cut neon ...
NEXT Sofia Richie and Scott Disick bundle up for some shopping in Aspen