Jodi Anasta enjoys quality time with five-year-old daughter Aleeia in Sydney... after admitting it's 'difficult' being away from her while filming Neighbours in Melbourne

The Neighbours actress shared selfies of the pair in the back of a vehicle in Sydney.

It comes after the 34-year-old admitted that it's 'difficult' being away from the toddler, while she films the Channel Ten soap in Melbourne. 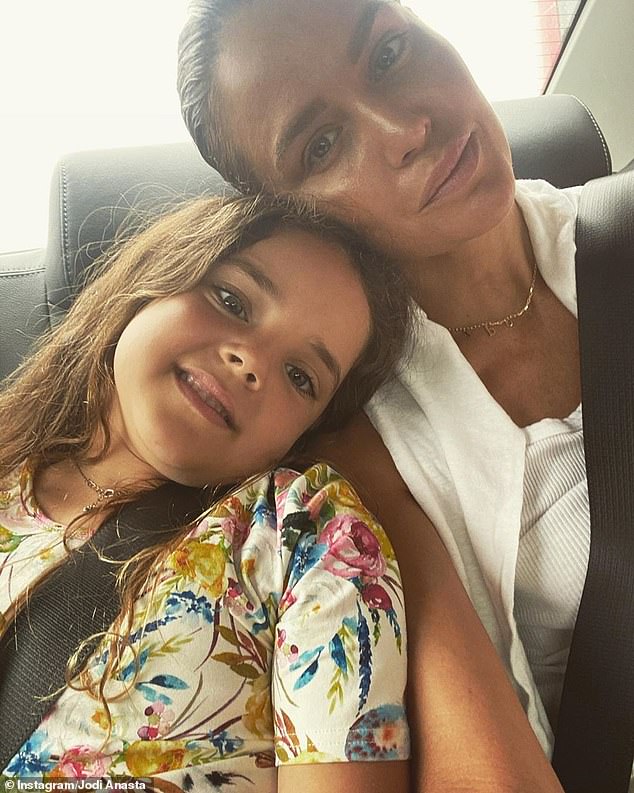 In the snaps, Jodi wore a casual white ensemble and slicked her brunette locks back off her face.

Aleeia looked cute as a button in a floral outfit and rested her head against Jodi's.

The fires have so far claimed at least 25 lives, while an estimated billion animals have died and more than 2,000 homes have been destroyed. 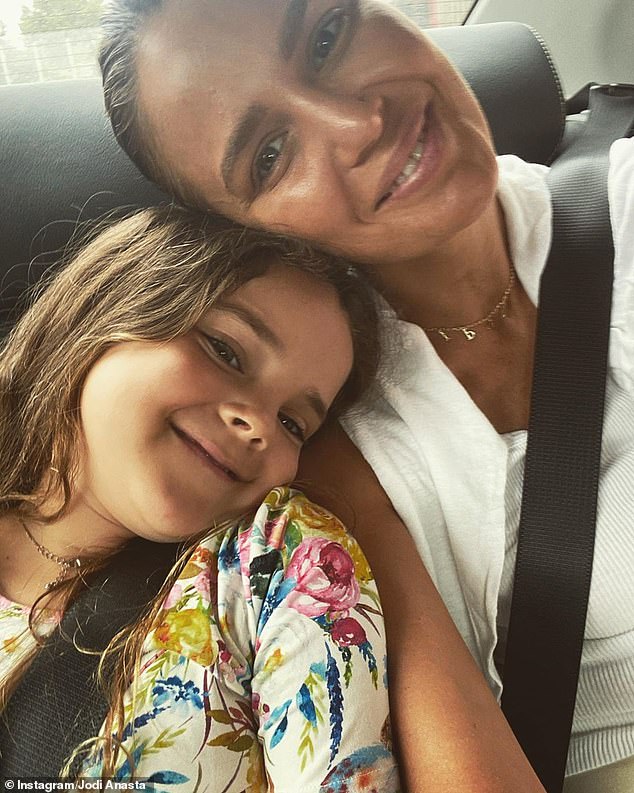 'She's excited about helping out': The Neighbours actress revealed in the caption that she's educating Aleeia on the Australian bushfire crisis dominating New South Wales and Victoria

'A positive outcome from this devastating