'One of the kindest people you'll meet!' Starstruck Robert Irwin poses with Hollywood legend Robert Downey Jr... 15 years after meeting him as a baby alongside his late dad Steve Irwin

He first met Robert Downey Jr. when he was just a baby, alongside his dad, the late 'Crocodile Hunter' Steve Irwin.

On Wednesday, Robert Irwin got to meet the Hollywood legend once again, when he spoke to the Iron Man actor about his brand new animal-loving movie, Dolittle.

Robert, 16, took to Instagram and shared a sweet snap with his arm around the now 54-year-old star, describing him as 'one of the kindest people you'll meet'. 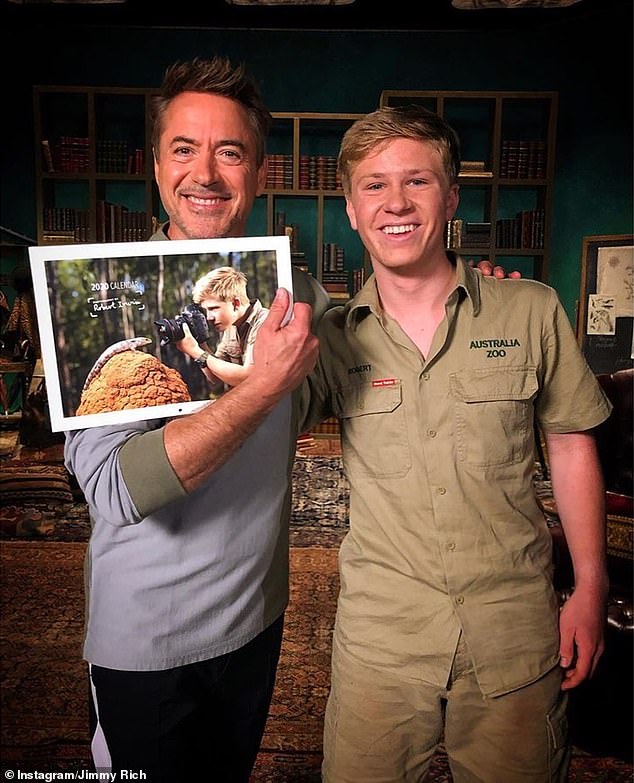 Next to the photo, he shared a throwback snap of the duo's first meeting in July 2004 - with Robert as a baby, being carried by his doting dad at Australia Zoo.

Robert captioned the shots: 'The first time I met @robertdowneyjr was when I was just a few months old when he and his family visited @australiazoo - it was awesome getting to catch up again to chat all things #Dolittle!