She's inching closer to her due date.

But that didn't stop Hellboy actress Milla Jovovich from going out on a stroll with her daughter Ever, 12, and husband Paul W.S. Anderson, 54, in Beverly Hills.

The actress, 44, displayed her baby bump while out on a walk with her family as her daughter rocked a neon pink hairstyle while carrying a little Yorkshire terrier puppy. 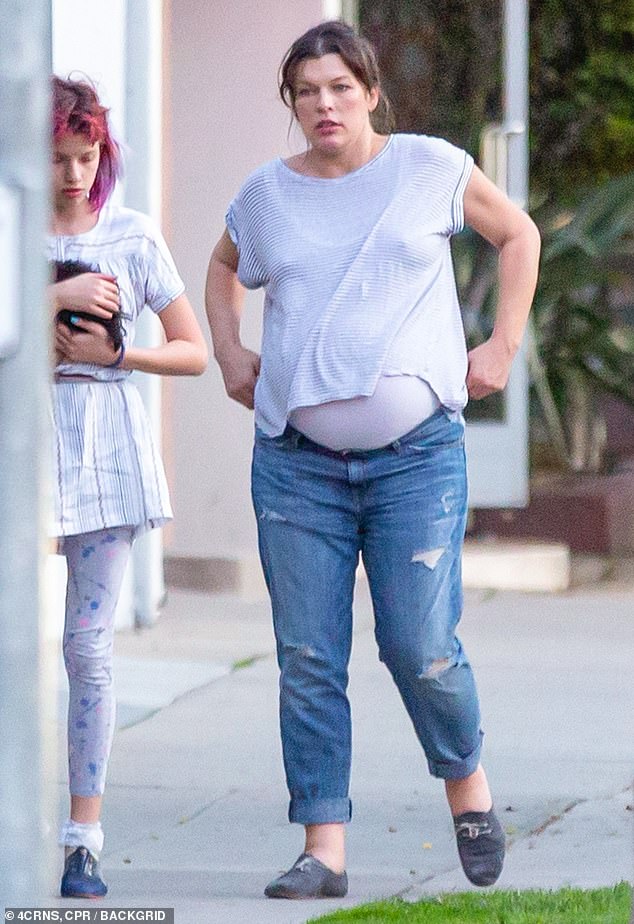 On the go: Milla Jovovich stepped out for a stroll with her family on Tuesday afternoon while displaying her ever-growing baby bump

For her casual outing, the star donned a simple heather-gray t-shirt with a tank top underneath that helped cover up her growing belly.

She wore a pair of boyfriend jeans that she appeared to have trouble keeping up and kept pulling on them as she walked.

The family appeared to be enjoying their last bit of time together before they welcome another family member to the group. 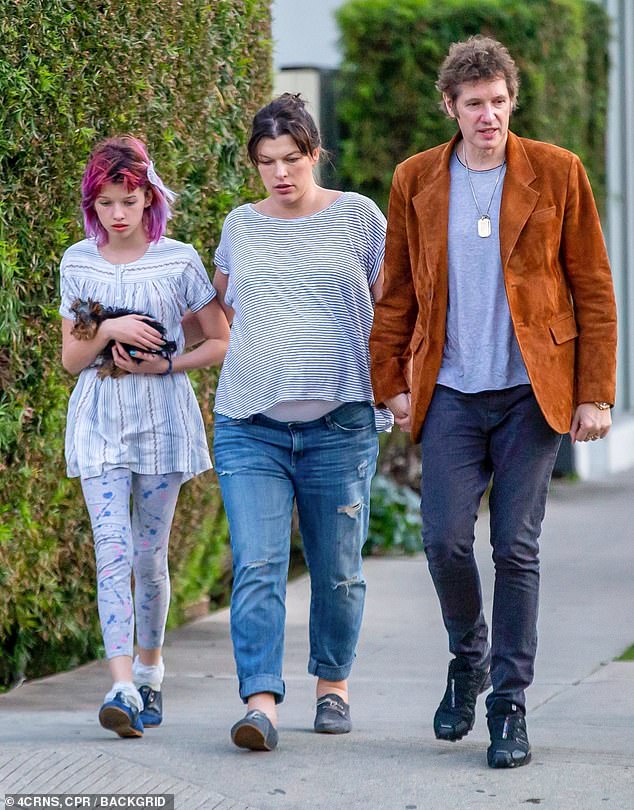 Out for a stroll: Ever, Milla, and Paul W.S. Anderson step out to enjoy the sunny weather in Los Angeles

Back in August, the mother-of-two revealed that she was expecting yet again.

'After I found out I was pregnant 13 weeks ago, I had a mixture of feelings ranging between complete joy and utter terror,' she revealed on her Instagram at the time.

PREV Model Jess Hart says Australia is in her thoughts as she goes skiing in Aspen ...
NEXT Sofia Richie and Scott Disick bundle up for some shopping in Aspen