He's lost 20lbs in weight after adopting a healthy vegan lifestyle and it looks as though Simon Cowell has kept to his new regime while on holiday.

The TV mogul, 60, continued to show off his new buff physique in a pair of blue and white low-slung shorts, which had a geometric pattern running throughout.

He showed off his holiday tan as he walked barefoot along the Barbados beach with his long-term love Lauren Silverman, 40, and their son Eric, five. 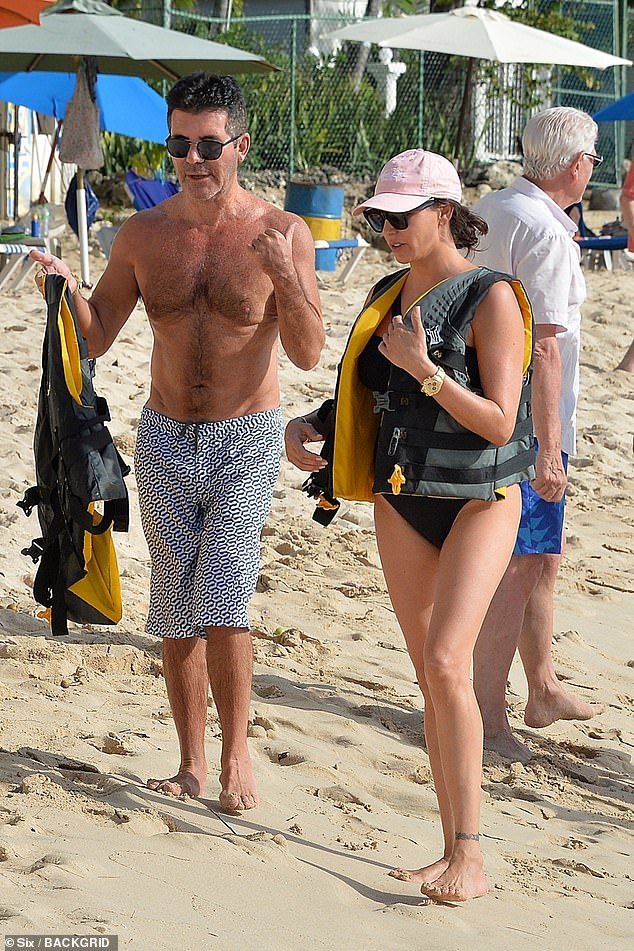 What a man! Simon Cowell continued to show off his new buff body in low-slung shorts as he joined Lauren Silverman and his son Eric, 5, on a Barbados beach on Tuesday 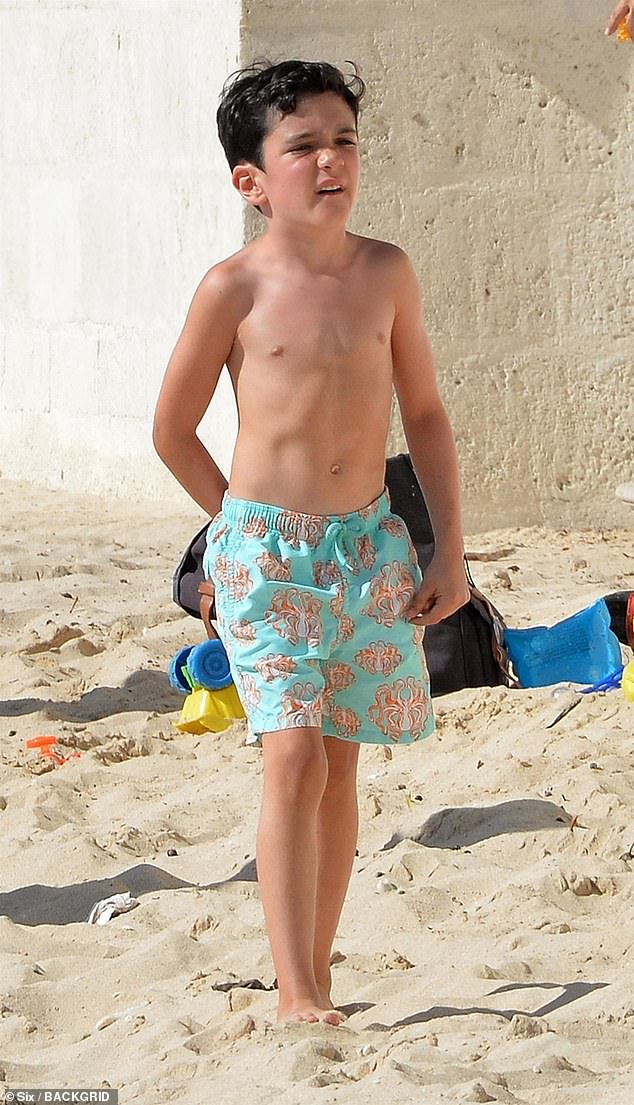 Spot the difference: Little Eric looked just like his famous father in his shorts as he walked along the beach

Lauren also looked incredible, showing off her lithe legs in a black bikini as she buckled up a life jacket.

The American socialite kept out the sun with a pair of designer shades and also wore a baby pink baseball cap.

The two treating themselves to a little ride on a jet ski.

Fancy: Simon wore a pair of blue and white low-slung shorts, which had a geometric pattern running throughout 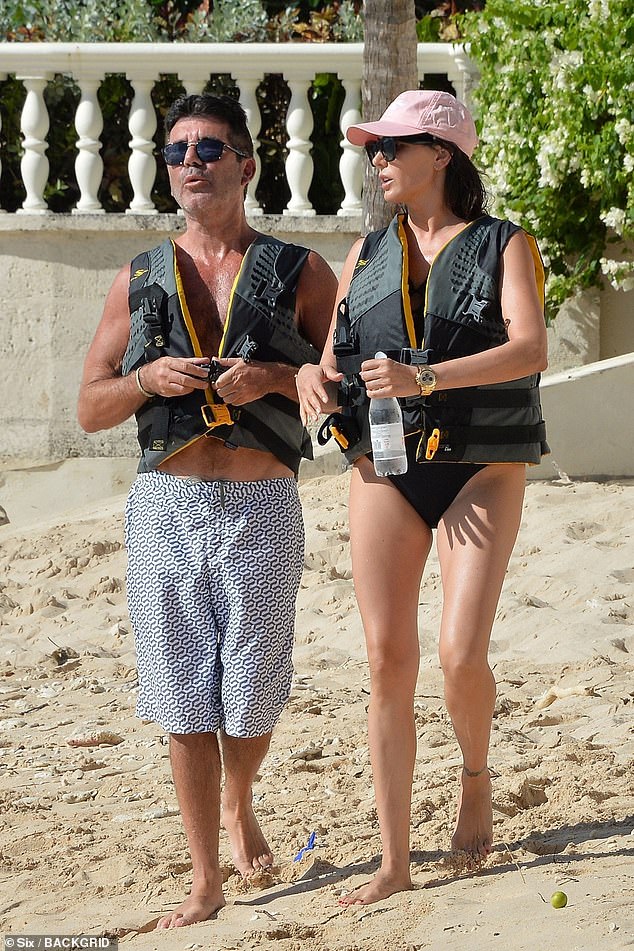 Sporty side: The couple wore lifejackets as they prepared to treat themselves to a ride on a jet ski 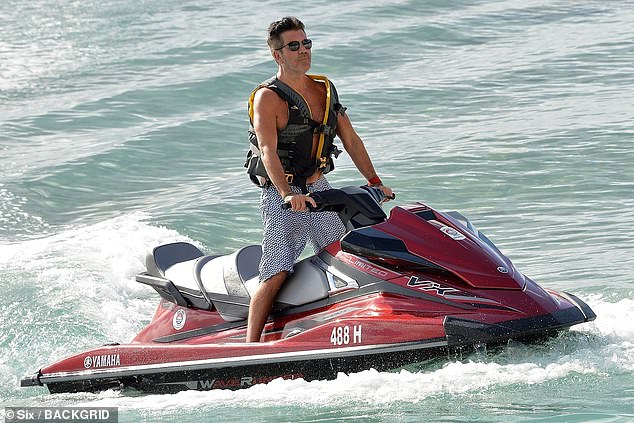 He's done this before: Simon looked ever the professional as he rode through the waves 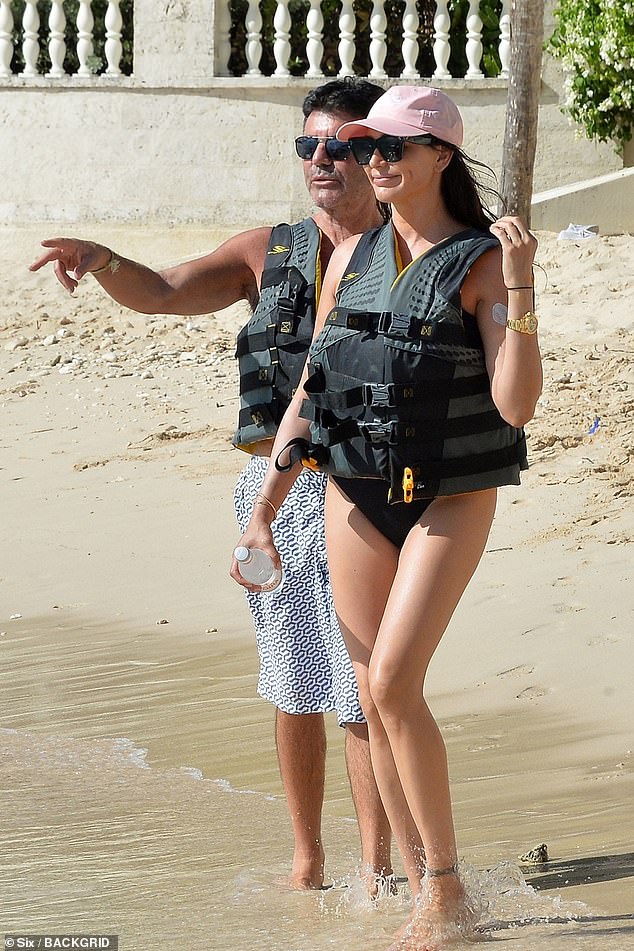 Look over there: Lauren had a big smile on her face as Simon pointed something out to her 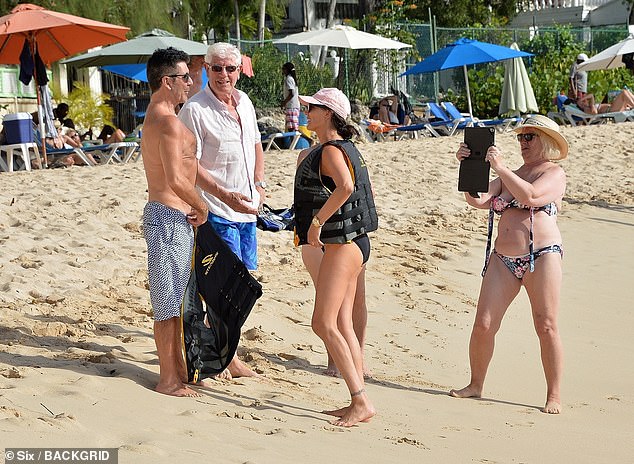 They won't forget this in a hurry: They happily met a fan on the beach as a fan recorded the footage on her iPad

Little Eric looked just like his famous father as he walked closely by wearing long board shorts.

Simon recently told The Ellen DeGeneres Show: 'I went to see this doctor in London. We did some tests. And then a month later he said, "You have the worst diet I've ever met from any patient."'

Simon then added: 'It's like the Eric diet because he actually, apart from ice cream, he actually likes water. I mean, who likes water? And his raw vegetables. So I'm on like, the Eric Cowell diet.' 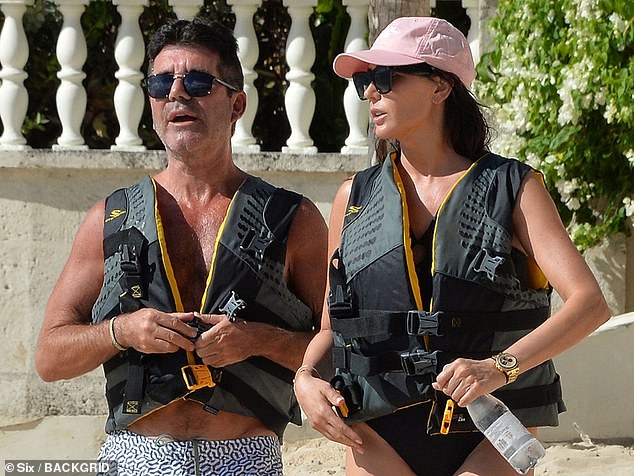 Handsome couple: Simon and Lauren were sporting golden glows on their day out 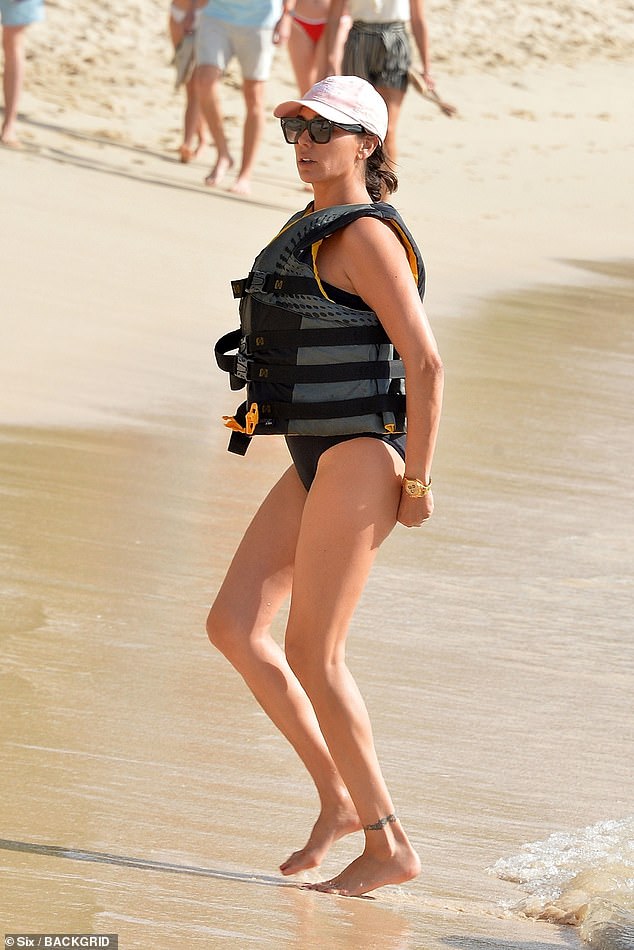 Inked: Lauren flashed her cheeky ankle tattoo as she stepped back onto dry land 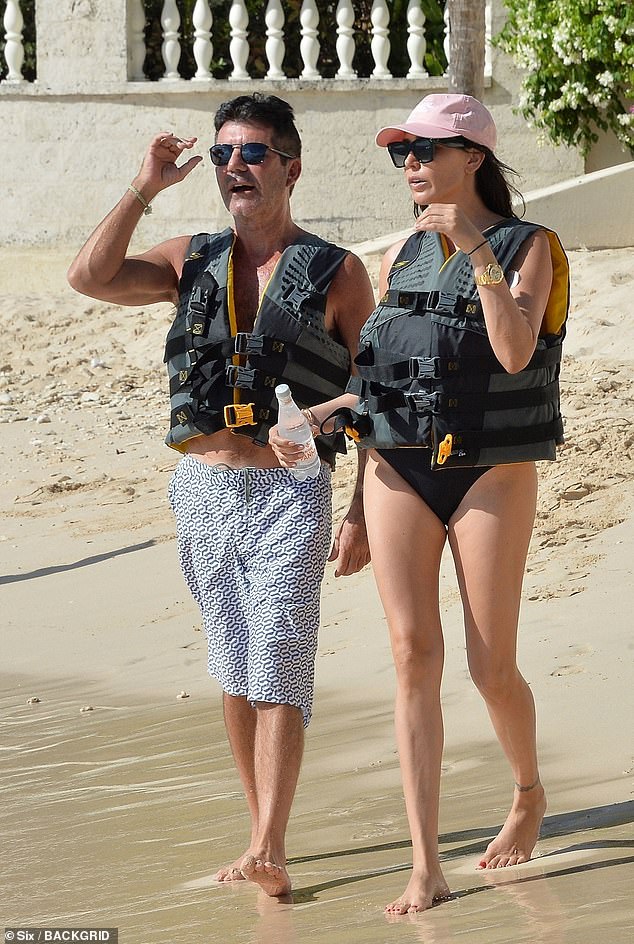 Simon recently told Ellen DeGeneres : 'I went to see this doctor in London. We did some tests. And then a month later he said, "You have the

PREV Mila Kunis and Ashton Kutcher both step out in sweats and black hoodies to take ...
NEXT Sofia Richie and Scott Disick bundle up for some shopping in Aspen