Oti Mabuse has gushed about her time spent with her former Strictly Come Dancing partners Kelvin Fletcher and Danny Mac along with fellow winner Ore Oduba.

The professional dancer, 29, shared a sweet tribute to them along with Ore's wife Portia as well as Danny's wife Carley Stenson as the group enjoyed a night out.

Oti shared a snap with Kelvin, 35, who she won with last year, and Danny, 31, who was runner-up in the 2016 series, along with another snap of the whole group. 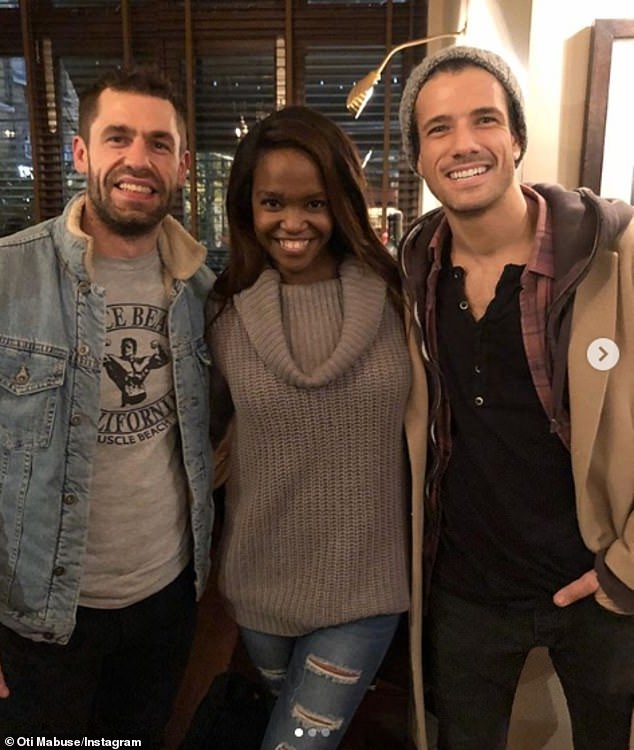 Pals: Oti Mabuse, 29, has gushed about her time spent with her former Strictly dance partners Kelvin Fletcher, 35, and Danny Mac, 31

Alongside the post, she wrote: 'I have so many things to write about the people in these pictures that I honestly feel like it will be the length of an encyclopaedia.

'13 weeks spent with both @kelvinfletcher and @dannymaconline has been the life lesson anyone can learn and I couldn’t be more grateful ❤️ wish you both luck for all your future endeavours, I’ll be by the sidelines screaming clapping the loudest.

'And super super proud of you @oreadubaofficial I’m so proud of you WEST END buddy. I know it’s been a dream of yours and you've achieved it sending you positive vibes and joy for this new adventure.

'Also so lovely to see @portiajett and last but certainly Not least @carleystenson1 you are a queen and I’m sooooo proud of you you smashed. Triple threat.' 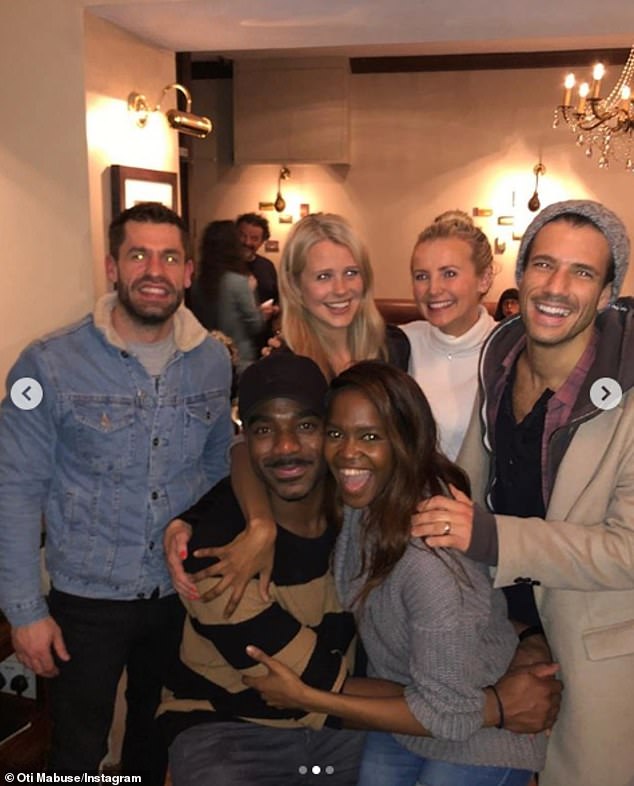 Gang: The professional dancer shared a sweet tribute to them along with Ore Oduba, 34, his wife Portia and Danny's wife Carley Stenson

Oti and Kelvin quickly emerged as frontrunners after their very first performance on Strictly and the pair beat out Emma Barton and Karim Zeroual in the final.

The TV star cut a stylish figure as she left the BBC studios on Wednesday in a bright red knee-length coat which she paired with a grey scarf and blue jeans.

Letting her brunette locks fall loose down her shoulders, Oti completed her look for the day with a pair of black trainers. 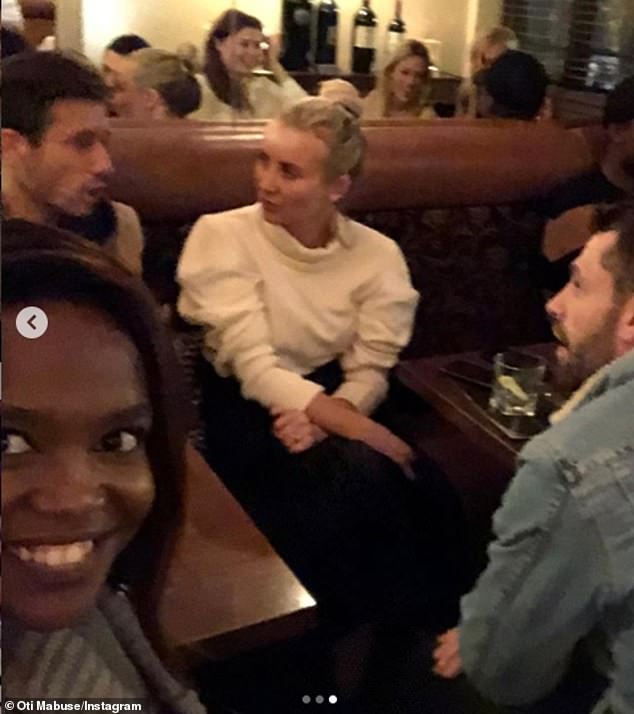 PREV Lottie Moss goes make-up free to treat herself to a bespoke facial in London
NEXT I'm A Celebrity: Billy Brownless slammed by fans over controversial comments on ...