Nicole Trunfio was busy baking on Wednesday night at her large ranch in Texas.

The Australian model took to Instagram to document her creative efforts in making birthday cakes for her two children.

Nicole, 33, started with a Moana-themed design for her daughter Gia's second birthday (January 15). 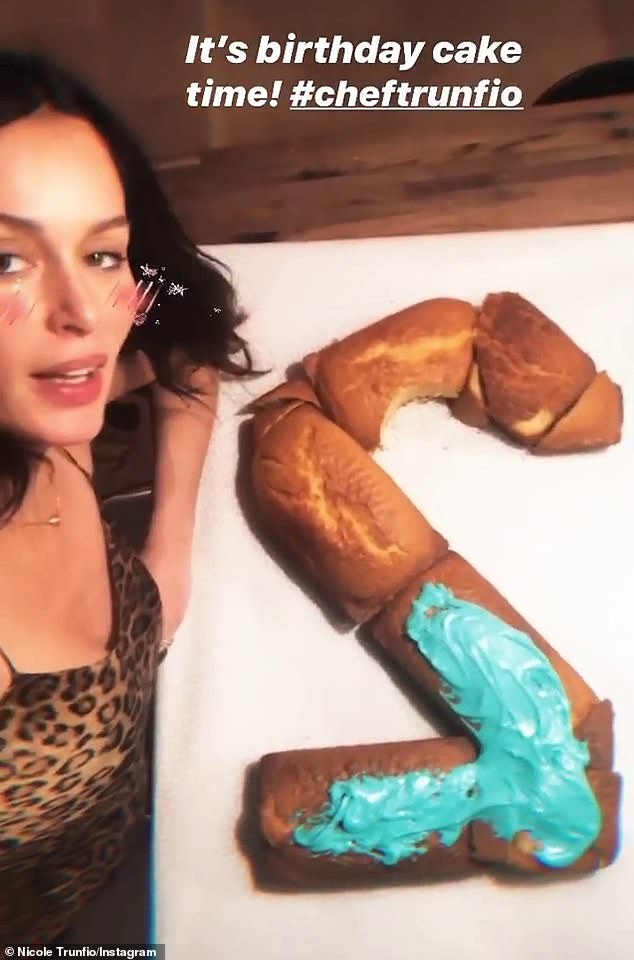 'Wish me luck!' Nicole Trunfio was up late on Wednesday night as she baked two elaborate  cakes for her children ahead of their joint birthday party the next day

She explained in the videos that she was making two cakes for a joint birthday party, as her children's birthdays are four days apart.

'I'm about to embark on making both of my children their birthday cakes this year, because they are having a joint birthday party tomorrow,' she said.

'This is a number two. It's going to be a Moana-themed cake for my daughter, Gia, because she loves Moana - wish me luck!' 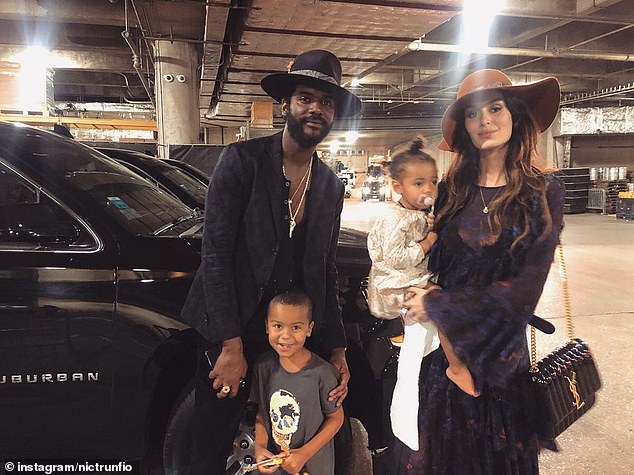 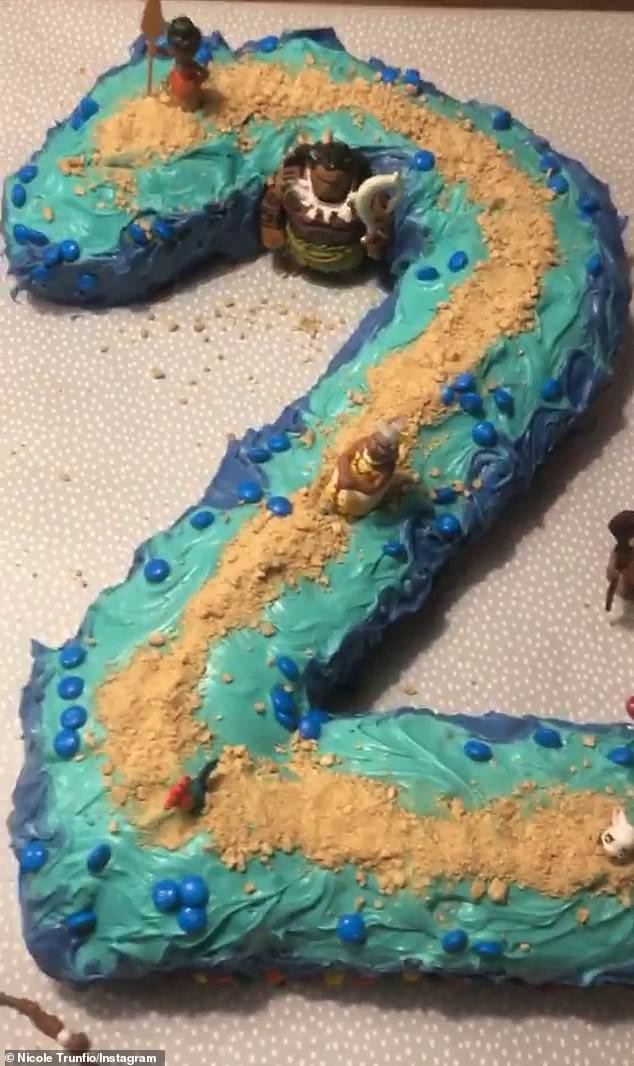 'Gia loves Moana!' Nicole decorated the cake with Disney characters from the hit film and used icing, M&M's and cookie crust to represent the ocean and sand

Nicole had baked several vanilla sponge cakes, which she positioned into the shape of the number two and covered with blue icing to

PREV Chris Hemsworth 'eyes up' a $12.5million three-bedroom penthouse in New York
NEXT Billie Faiers, 29, and her mum Sue Wells, 50, wow in the Maldives

What an amazing cleaning hack!