And Harry Styles, 25, has revealed he still listens to his old music, cheekily admitting that his guilty pleasure is working out to his One Direction tracks.

The Lights Up singer also confessed what his favourite parts of a woman were during a hilarious game of Ellen's Burning Questions, which aired on Thursday. 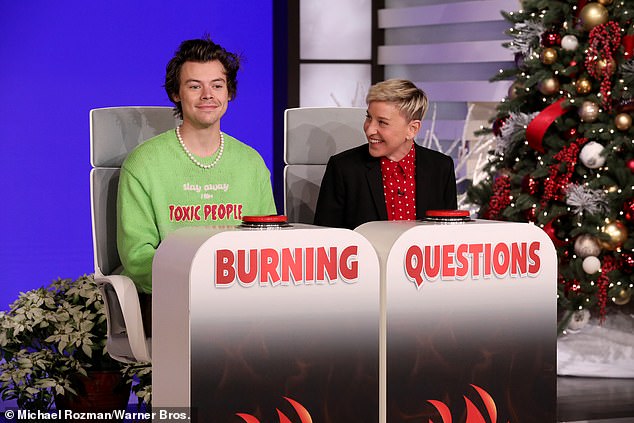 Quick thinker: Harry Styles, 25, revealed his favourite parts on a woman were her eyes, smiles and character when he took part in game Burning Questions on Ellen

Harry cut a stylish figure in a green jumper which read 'stay away from toxic people' and a pearl necklace as he appeared on the show.

When asked what his three favourite body parts on a woman are, Harry said 'eyes' before struggling to come up with two more, eventually settling on 'smile and character,' which prompted an 'awww' from the chat show host and a round of applause from the studio audience.

Ellen kicked off the quick fire questions by asking if Harry would choose boxers or briefs, with the singer needing a little explainer on what shape a brief was before deciding he'd prefer them.

The star also revealed that if he wasn't a singer he'd be a florist before saying his first celebrity crush was Jennifer Aniston. 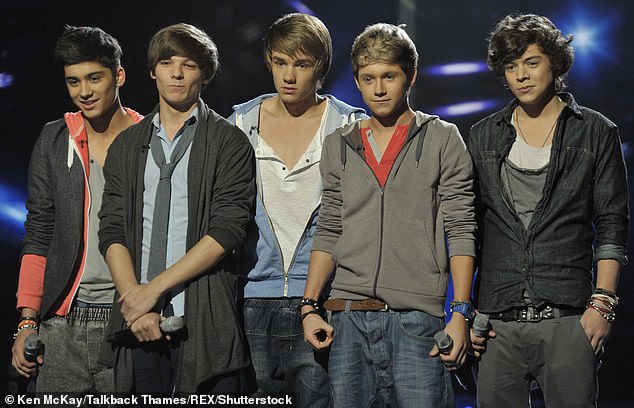 Joker: The singer also cheekily admitted his guilty pleasure is working out to old One Direction tracks (pictured with the band while on the X Factor in 2010)

Cheeky Harry made Ellen laugh as he joked that a lie he recently told was 'wanting to play this game' and also revealed that his first kiss was at the tender age of 12.

He was also quick to answer 'no' when Ellen asked if he was dating anyone and joked that his answer to what is your biggest fear - to which he answered dying - was 'dark'.