She's the busy former WAG who balances life as a single mother with her duties as an Instagram model and brand ambassador.

But Phoebe Burgess, 30, made her busy life look effortless as she took her two young children to daycare on Thursday.

Taking to Instagram, the estranged wife of NRL star Sam, 31, shared three photos of herself strolling to the school gate with daughter Poppy, two, and son Billy, one, in tow. 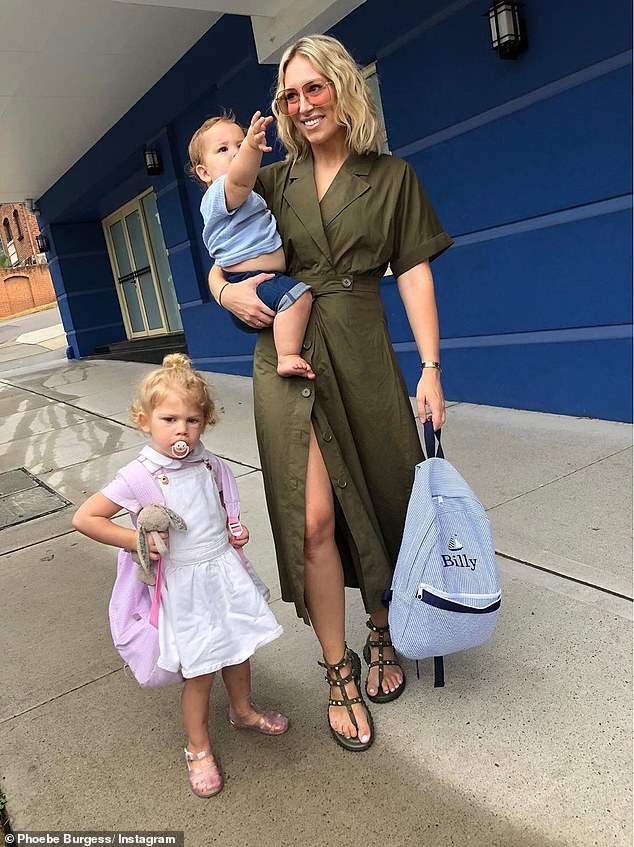 'It’s a school day': Phoebe Burgess, 30, made her busy life look effortless as she took her two young children, Poppy, two, and son Billy, one, to school on Thursday

After dropping off the youngsters, Phoebe headed to a Beauty salon for an eyebrow tinting procedure. 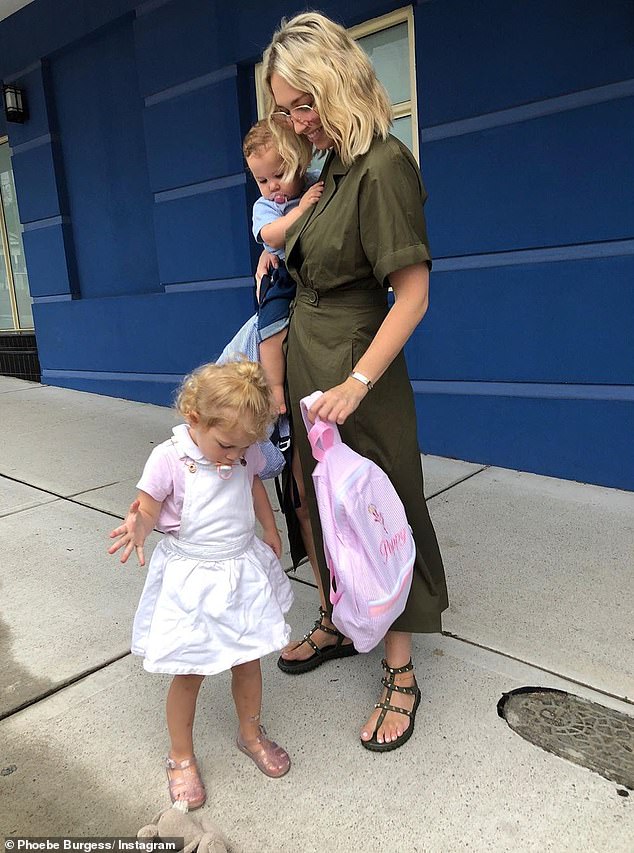 Cool in khaki! The statuesque blonde looked glamorous in a khaki wrap dress