This Morning descended into chaos during the competition segment after the phone lines broke while trying to contact a contestant on Friday.

Hosts Eamonn Holmes and Ruth Langsford tried to keep the programme moving by redialling the phone however it had to be scrapped when it failed to ring four times.

The couple failed to get hold of the callers and the message 'please contact your directory and try again' played when they attempted to make the call. 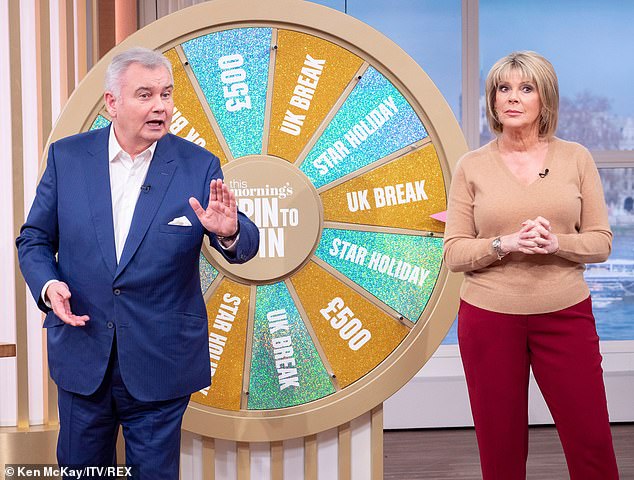 Uh oh: This Morning descended into chaos during the competition segment after the phone lines broke while trying to contact a contestant on Friday

Eamonn and Ruth were left red-faced when the recorded message continued to play and they eventually gave up, admitting it was likely a fault at their end.

Eamonn said: ''I think it's our end, our phones are bojaxed. We'll say goodbye to the wheel now but now we'll talk about health.'

Viewers at home took to Twitter to discuss the gaffe and joked that the broadcaster had failed to pay its phone bill on time. 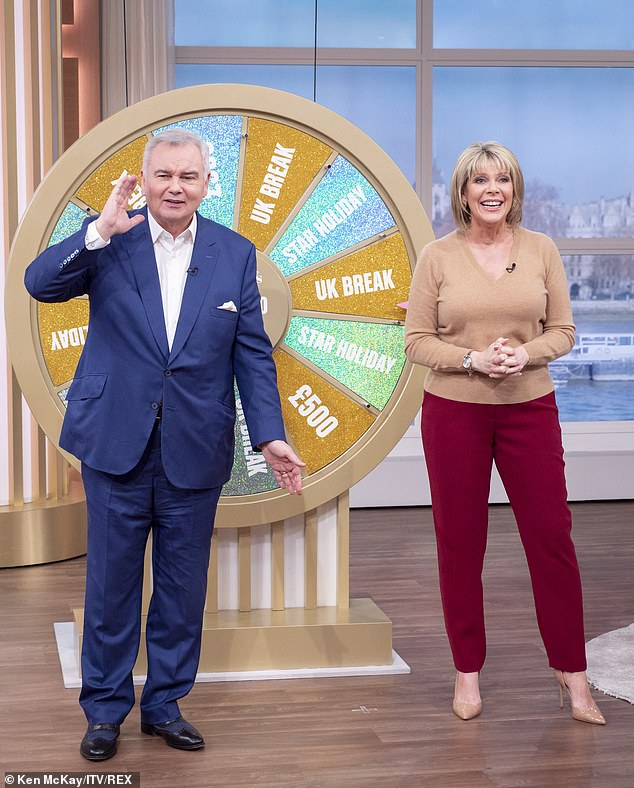 #MichaelJackson children: Who are Bad singer’s children? Who did he have ...