During the task, the girls have to show the boys what they're made of as they take on an assault course in the South African villa and pick an Islander to kiss at the end.

The Islanders are put through their paces as they have to crawl under nets while dodging water balloons and hoses from the boys. 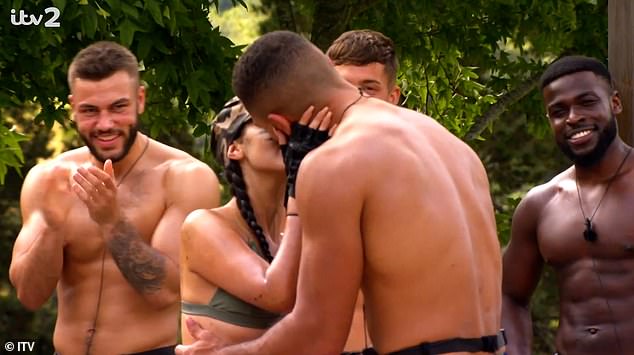 And it's not long until Siânnise decides to make a move on newcomer Connagh, despite the fact he didn't pick her for one of his dates on Thursday's episode, and the two share a steamy smooch.

Talking about the kiss, the Bristol beautician, 25, admits in the Beach Hut: 'If I'm honest, he is a good kisser so I'm happy there.'

While Connagh admits: 'Siânnise was strutting her stuff, she looked really good.'

Yet the handsome Cardiff male model's head is soon turned by Sophie after Rochelle Humes' younger lookalike sister decides to twerk during the challenge in a tiny khaki green bikini.

The democratic services officer, 25, seductively slides down a water slide before splashing her tiny khaki green bikini top with water.

Callum is left flustered over the scenes as he admits in the Beach Hut later on: 'She's got moves... sexy.'

Yet the scaffolder has now come back with his tail between his legs as Friday night's episode will see the democratic services officer pursue a connection with newbie Connagh Howard, 27, by means of seeking revenge.

While it is plain to see that Shaughna's interests remain with hunky Callum, in the upcoming show she is seen to make the hunk work for her affections as he was seen cooking her breakfast while trying to win her back. 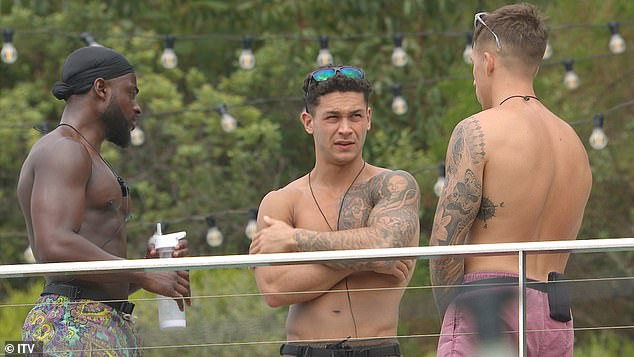