Jonah Hill has a serious conversation on his cell phone in LA... days after he announces collaboration with Adidas

Jonah Hill was spotted out in Brentwood in Los Angeles on Friday afternoon.

The Superbad star looked busy as ever with his cell phone pressed to his ear and paperwork in hand.

This comes just as it was revealed the 36-year-old has dipped his toes in the sneaker world by collaborating with sportswear giant Adidas. 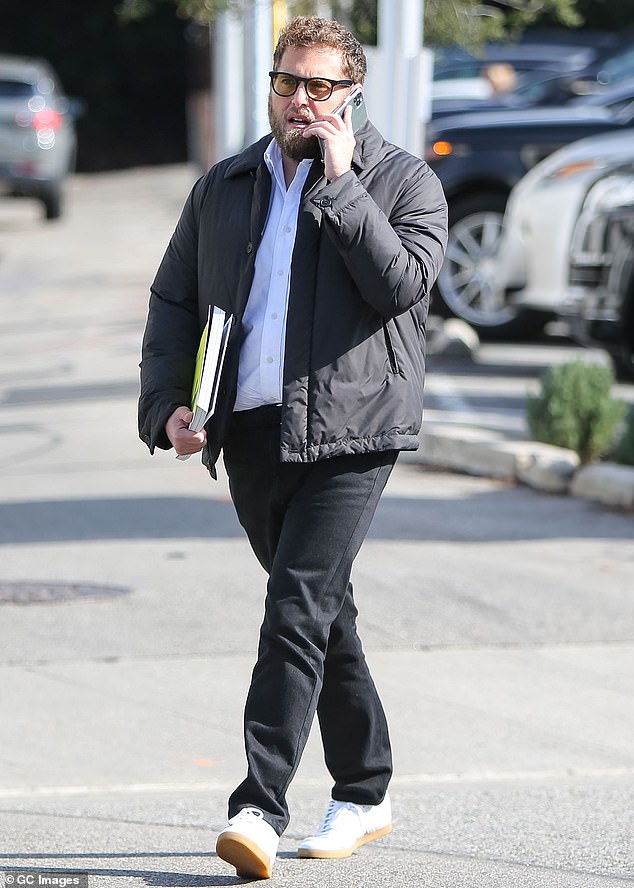 New venture: Jonah Hill was spotted out in Brentwood in LA Friday afternoon after announcing he would be collaborating with sportswear giant Adidas 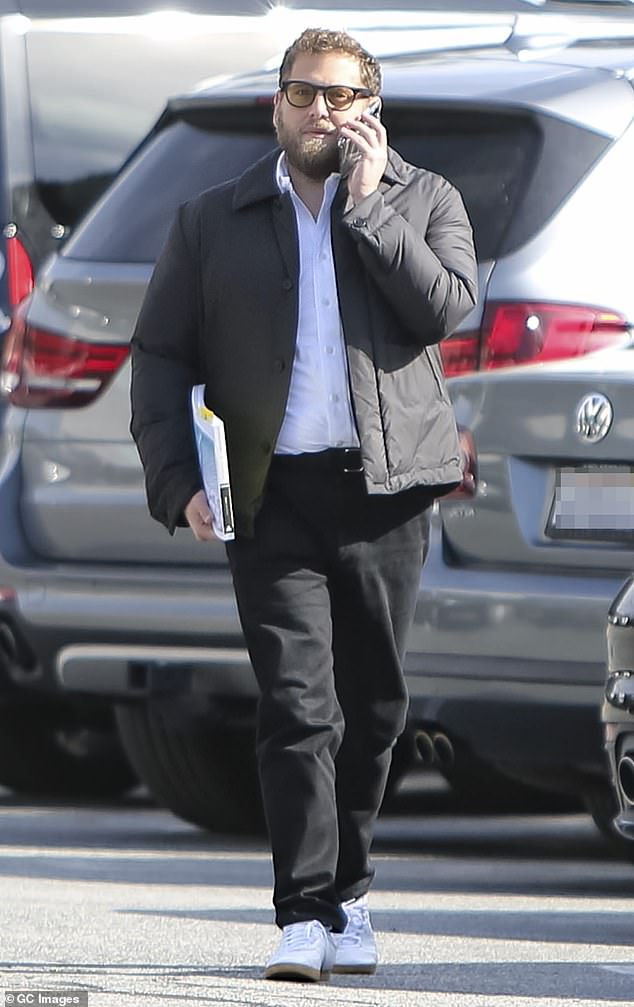 Busy boy: The 36-year-old actor appeared to be in the midst of a serious phone call as he made his way through the parking lot

Jonah appeared to be on an important phone call as he made his way through the Brentwood Towne Center.

He donned an all black ensemble that featured a wind-breaker sports coat, standard black slacks, and a pair of bright white kicks.

Hill rocked his seeing glasses as he carried out his day with paperwork in hand.

The Wolf of Wall Street actor's venture with Adidas may have received official confirmation from the actor on Wednesday, but Hill teased the collaboration's existence while on the Failing Upward podcast back in October, according to Page Six.

During the hour and forty minute podcast, Jonah was