They have been the popular hosts of Britain's Got Talent since 2007.

And Ant McPartlin, 44, was back at work alongside Declan Donnelly, 44, for the first round of auditions for the new series at The London Palladium on Saturday.

It comes amid claims Ant is set to hand over £31m to his ex-wife Lisa Armstrong in their divorce settlement, including their £5m former home in West London. 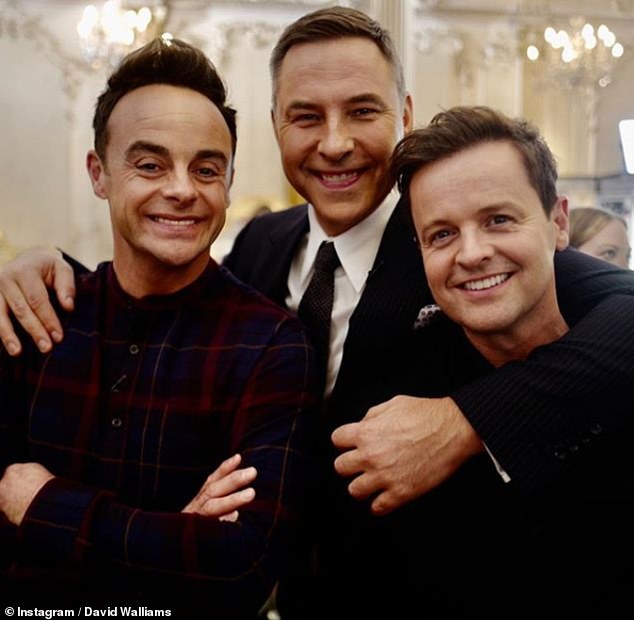 First day: Ant McPartlin, 44, was back at work alongside Declan Donnelly, 44, and David Walliams, 48, for the first round of auditions of BGT at The London Palladium on Saturday

Sharing snaps of the day on Instagram, Ant and Dec were seen grinning as judge David Walliams draped his arms over their shoulders.

Ant crossed his arms for the picture and looked dapper in a button up shirt which boasted a red checked pattern throughout it.

Comedian David looked smart for the auditions, wearing a white shirt and tie with his black suit, and also posed with fellow judges Amanda Holden and Alesha Dixon.

Amanda cut a stylish figure in a pink ensemble and wore her blonde locks down and slightly wavy while Alesha wowed in a chunky gold necklace. 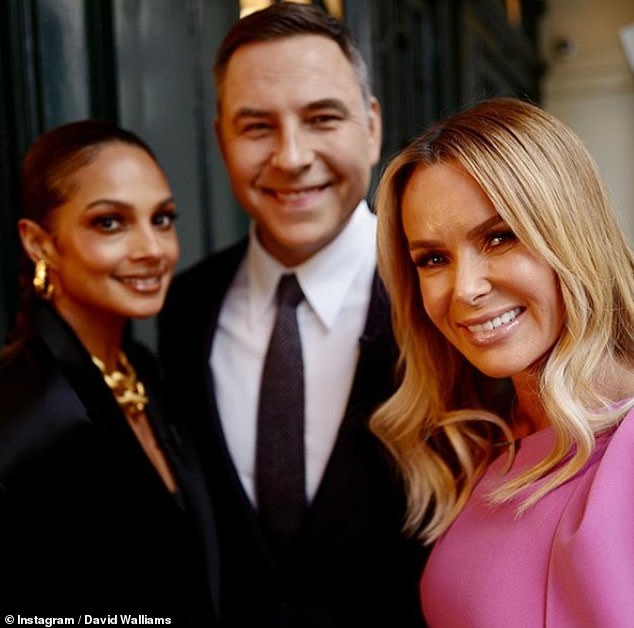 Gang's back together: David also posed for a snap with his fellow judges Alesha Dixon and Amanda Holden

The official BGT Instagram also shared a timelapse video of the Palladium stage being prepared for auditions and the all important crosses being lifted into place.

It comes after Ant allegedly agreed to give his ex Lisa more than half of his estimated £50 million fortune.

According to The Sun, the I'm A Celebrity host is 'delighted' the case has come to an end as he can 'move on', two years after announcing their split. 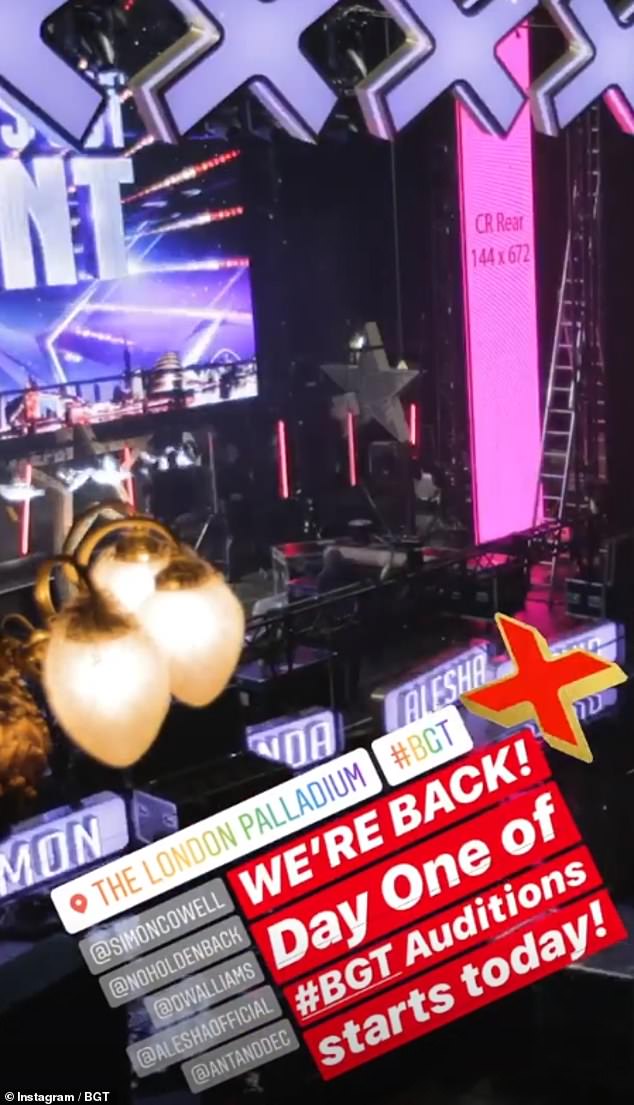 Everything's ready: The London Palladium's stage was transformed into the classic BGT set

A source close to both sides told the paper: 'Ant and Lisa agreed to settle and sign their divorce agreement during a productive