It's one of the most successful songs in Australian pop music history.

So it's no surprise that Toni 'Tones and I' Watson's Dance Monkey is tipped to top Triple J's annual Hottest 100 poll.

According to Sportsbet, the song has the best odds of topping the poll. 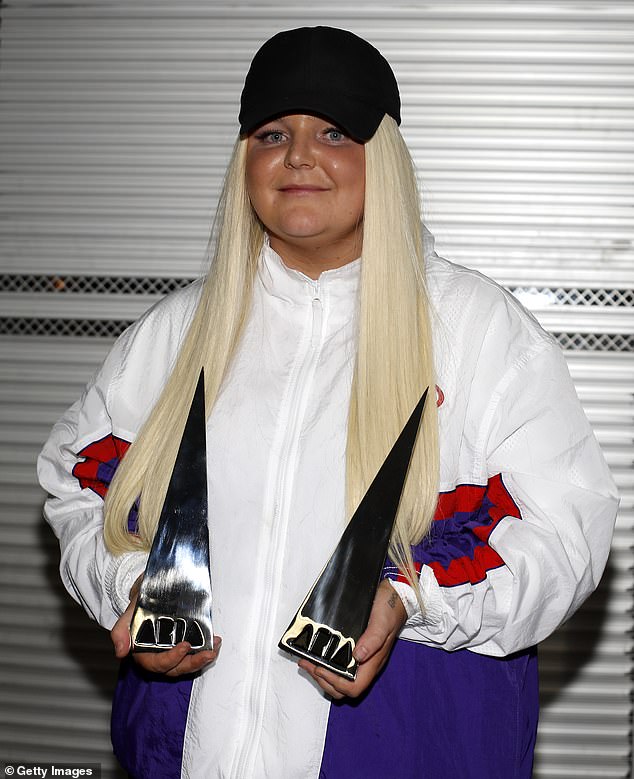 Winning! It's no surprise that Toni 'Tones and I' Watson's Dance Monkey is tipped to top Triple J's annual Hottest 100 poll

However, snapping at the song's heels is Denzel Curry's Bulls on Parade, which is providing some stuff competition to Dance Monkey.

The website 100 Warm Tunas, which bills itself as 'the internet's most accurate prediction of Triple J's Hottest 100', has Denzel's cover of the Rage Against The Machine classic coming in at number one.

The past year has been a whirlwind for Watson, who won Best Female Artist, Best Pop Release, Best Breakthrough Artist and Best