He recently denied rumours that his marriage with Anna Heinrich was on the rocks after stepping out without his ring during the Melbourne Cup carnival in November.

And on Wednesday, Tim Robards revealed the reason he doesn't wear his wedding band after marrying Anna, 32, in June 2018.

During an interview on The Morning Show, the former Bachelor star, 37 had a simple explanation, claiming he lost his first ring at the gym and wants to be 'super careful.' 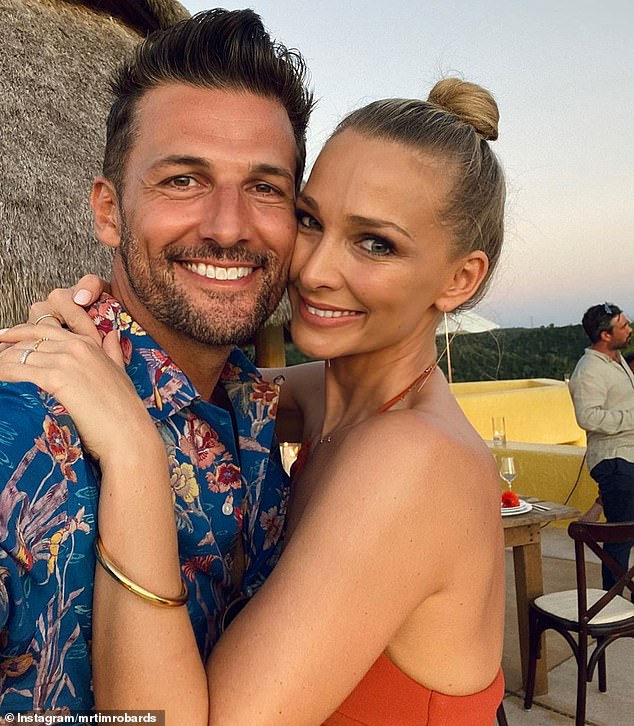 While first discussing their relationship, Anna said that she 'doesn't mind' whether Tim wears a ring.

'It's fine. I don't mind, he was never going to wear a ring,' she said. 'I got him one but because he takes it off for the gym all the time, he lost the first ring I gave him after a month of wearing it.'

Tim admitted: 'It was my brother. I don't want to throw him in the deep end but it was

Ciara dares to bare her baby bump in a white bikini while on tropical babymoon ...