Padma Lakshmi, 49, of Top Chef proves she is in top shape as she models a yellow bikini while jumping in a swimming pool

Padma Lakshmi has been on vacation this week in the Dominican Republic.

And the Top Chef star has been generously sharing images from the fun getaway.

On Sunday the pinup posted a bikini portrait taken from her hotel room. And the next day the former Vogue model posted a clip where she was jumping in a swimming pool. 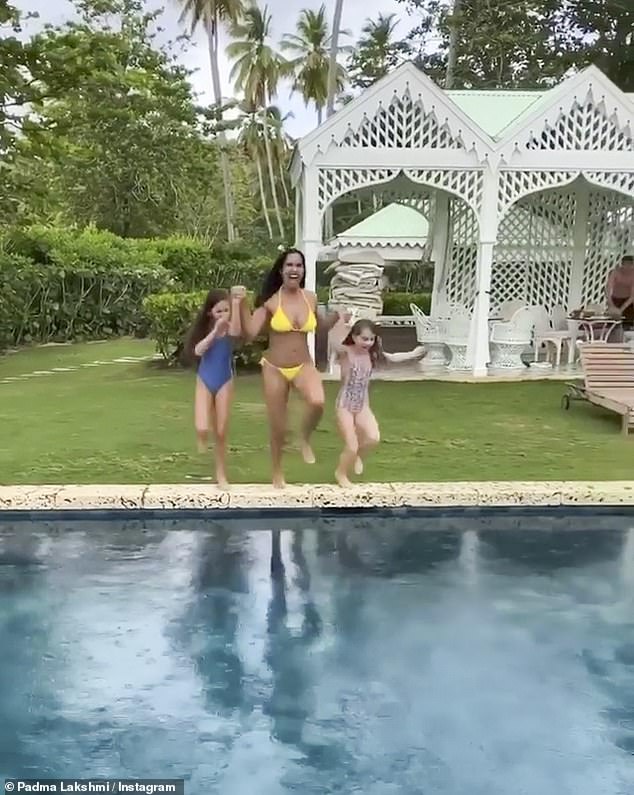 Jumping for joy: Padma Lakshmi wore a yellow bikini as she jumped in a swimming pool in the Dominican Republic with her daughter Krishna and a friend on Tuesday 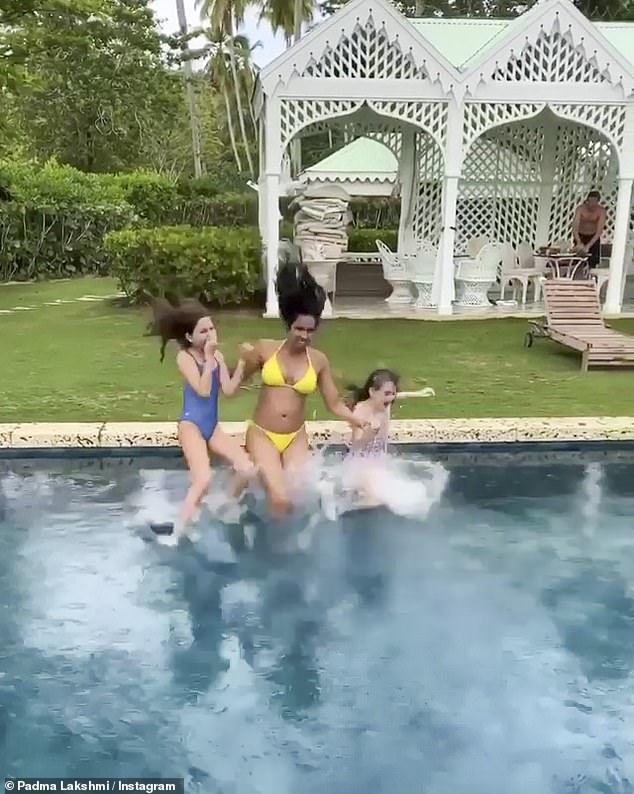 There they go: The three held hands as they went in; a man was seen in the background

The siren had on a yellow string bikini which showed off her toned figure.

She was with her daughter Krishna as well as another pal.

The caption read, 'Jumpin’ around in the DR.' She blasted the House Of Pain song Jump Around when the clip played.

The two had briefly dated in 2009 before she moved on with businessman Teddy Forstmann. They resumed dating in 2017.

The Indian-born Beauty was previously married to author Salman Rushdie, 72, from 2004 to 2007.

Before that the TV star was seen in a red bikini while standing outside the hotel while holding a red and white umbrella. Her caption read, 'Rainin’ in paradise.' 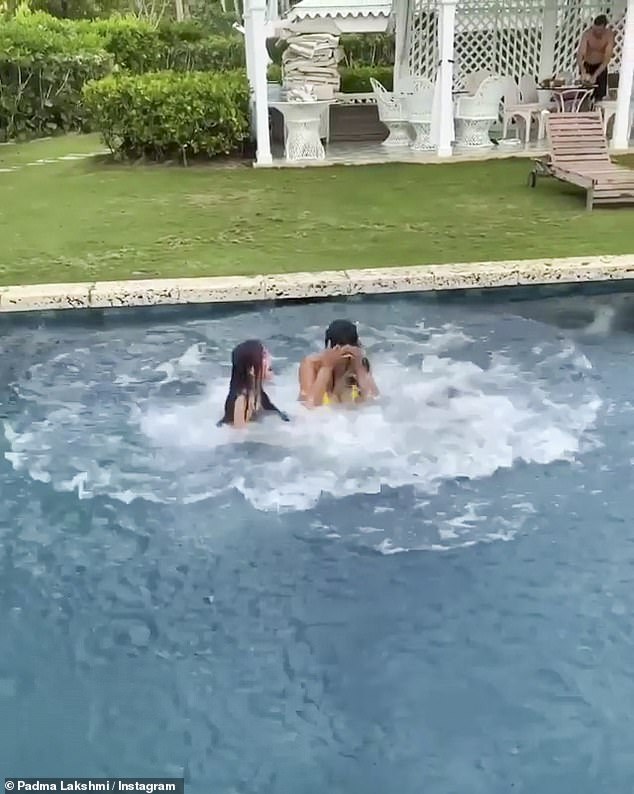 Now drenched: There was also a shot of Padma after she came up out of the water

And on Sunday the single mom had a special treat for her 600K Instagram followers.

The star showed off her very toned frame while in a skimpy black string bikini while while posing in a doorway of her hotel room.