She takes the stage for the Super Bowl LIV Halftime Show with Shakirain less than two weeks.

And Jennifer Lopez is exercising every day to prepare for the big performance as she was seen arriving to a grueling hour and a half workout session with fiance Alex Rodriguez on Wednesday in Miami.

This comes just before Lopez teased fans that she will be sharing some big news Thursday that they have 'asked for.' 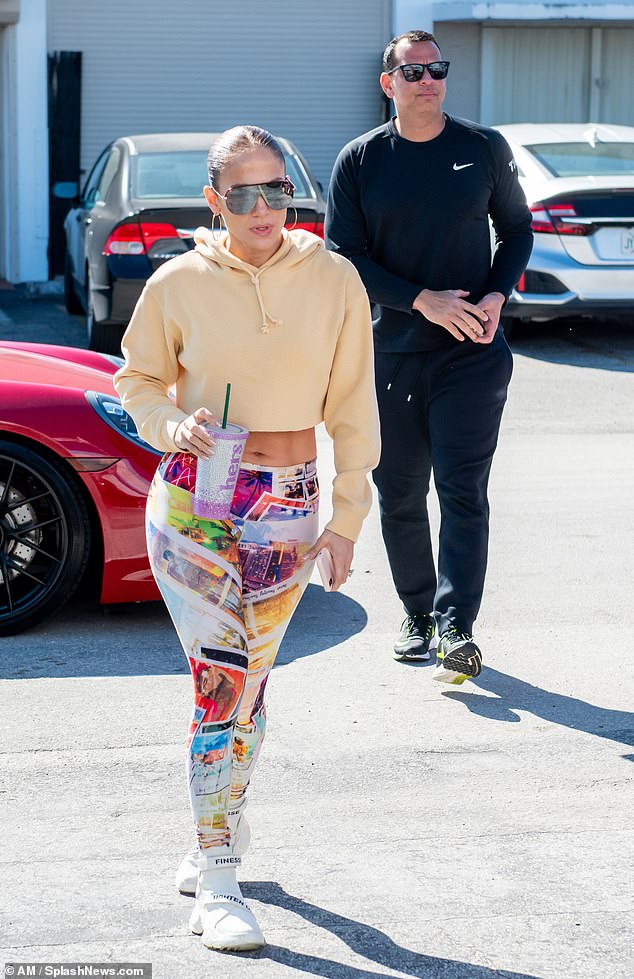 By her side: Jennifer Lopez was seen arriving to her gym alongside fiance Alex Rodriguez on Wednesday in Miami 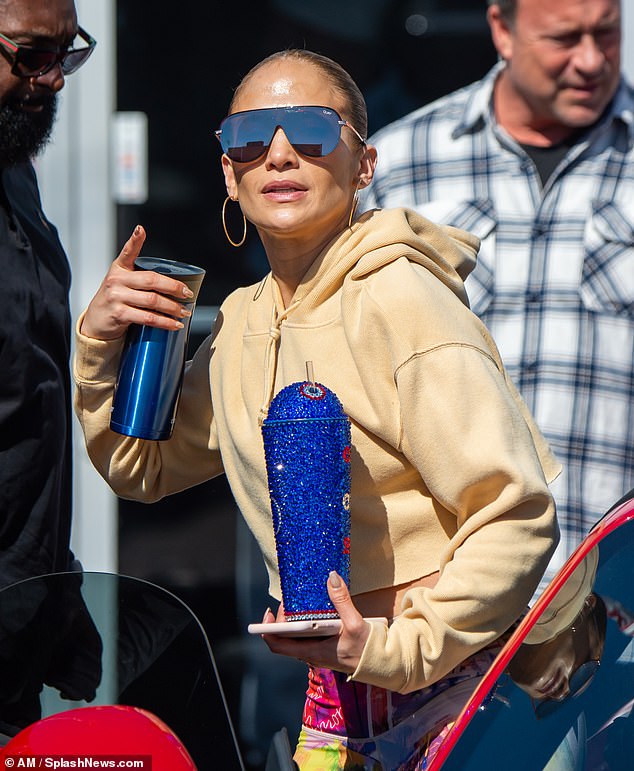 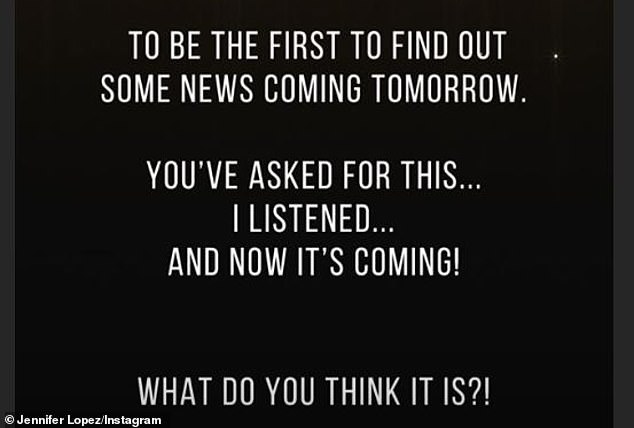 What could it be: Lopez shared this vague message on her Instagram story on Wednesday without any context as to what the news may be pertaining to

The 50-year-old slipped into a pair of figure hugging, collage patterned leggings paired with a cropped hoodie that showed off her enviably muscular frame.

She pulled back her brunette tresses into a neat bun and covered up the majority of her makeup free face with a pair of large aviator style sunglasses.

On her feet were a pair of strikingly white The Kooples brand Tighten Up Sneakers.

Lopez led the way towards the gym as fiancee Alex followed close behind. 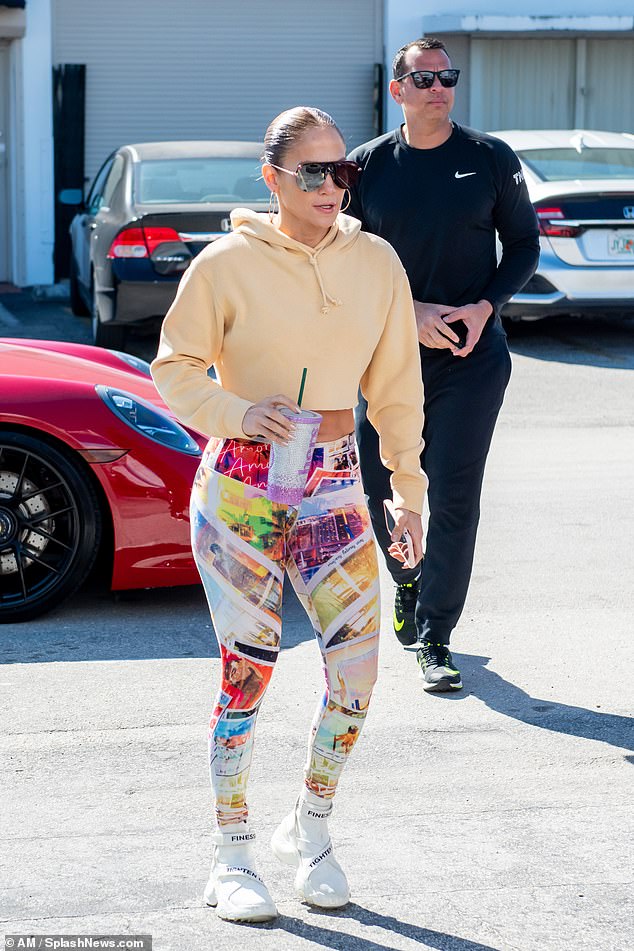 Curvaceous: The singer showed off her enviable muscles and curves in a pair of tight fitting leggings and a cropped hoodie 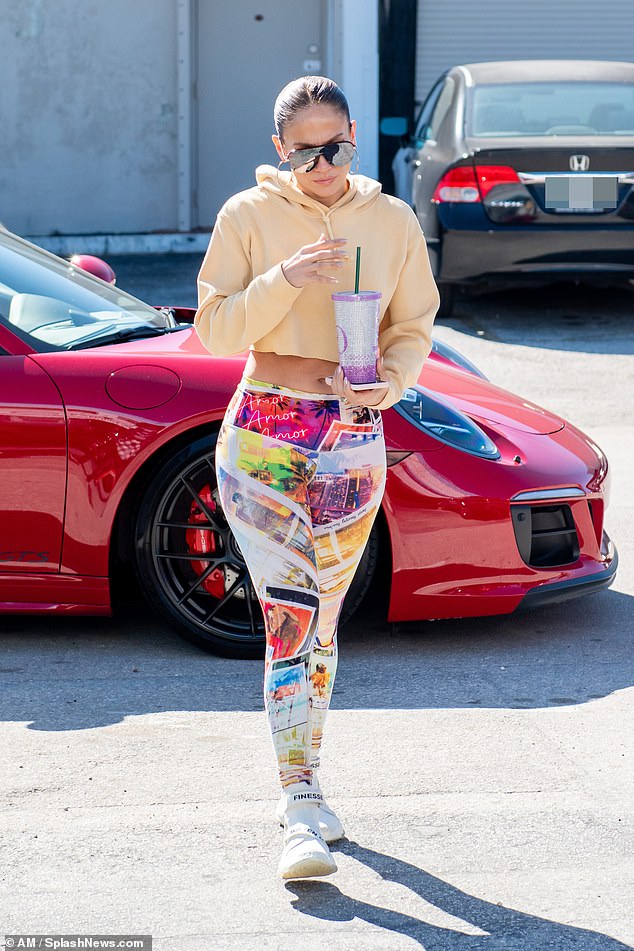 Headliner: Lopez is set to headline the 54th Super Bowl Halftime Show on February 2nd and has been frequenting the gym in anticipation

The MLB star kept his workout gear simplistic, as he sported a head-to-toe all black Nike look.

Rodriguez has gotten used to his future wife stealing the spotlight and all eyes are expected to be on her when she takes the stage February 2nd.

Pepsi announced in September that Lopez would be co-headlining the Superbowl Halftime Show with Shakira.

It will mark the first time that the pair have graced, not only the Super Bowl stage, but any stage together. 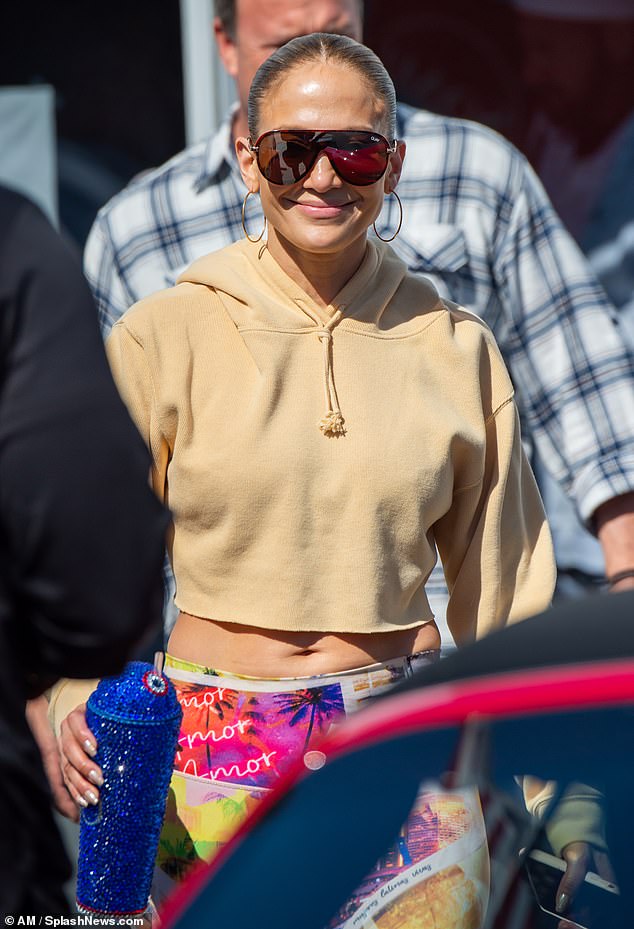 Full display: Lopez' workouts appeared to be paying off as she flaunted her awe inspiring abdominals 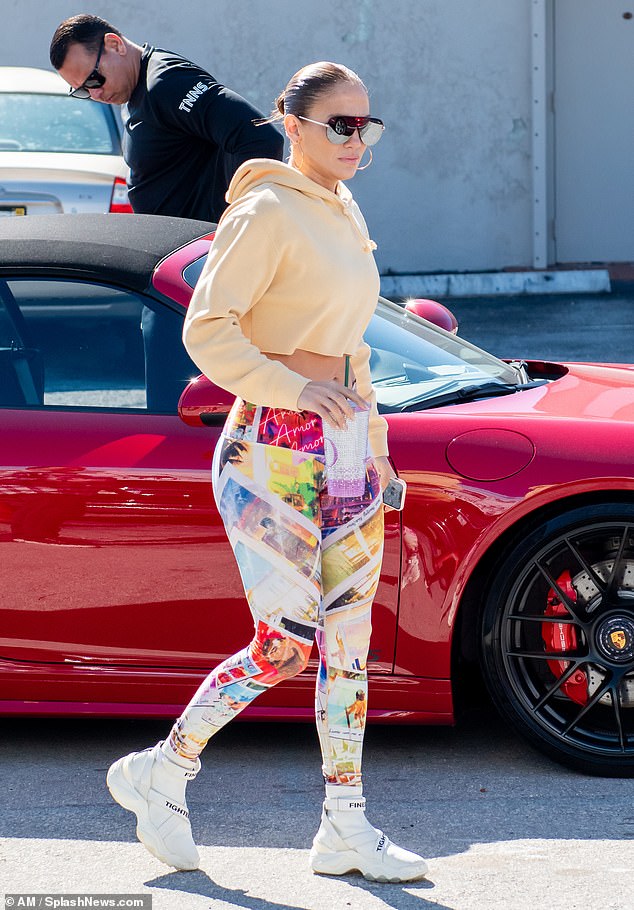 Her fave sneakers: JLo sported a pair of sneakers by fashion brand The Kooples that she's worked