They're set to play an immortal alien race in Marvel's new blockbuster, The Eternals.

And Kit Harington looked relaxed as he got to work on set of the hotly-anticipated superhero film, and strolled through Camden, London, on Thursday.

The Game Of Thrones star, 33, got into character as Dane Whitman aka Black Knight, and donned an oversized camouflage print jacket for his scenes. 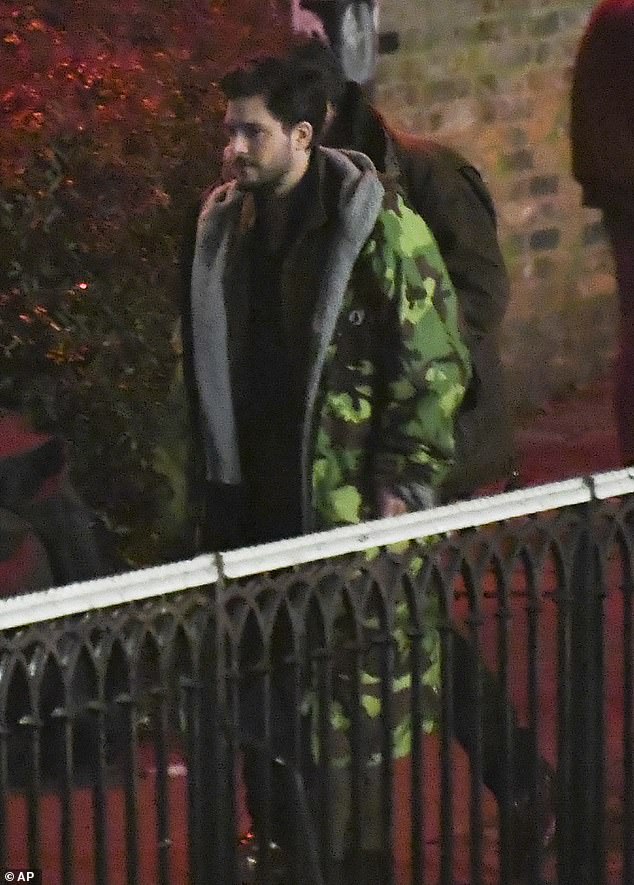 On set: Kit Harington strolled through Camden to get into character as Dane Whitman as he prepared to film The Eternals on Thursday

Kit completed his wardrobe by teaming a khaki green jacket with matching trousers, while he also wore a grey scarf.

His raven tresses were brushed into a coiffed style and the actor sported a close-cropped beard for a ruggedly handsome look.

In the comics, Kit's character is the descendant of Sir Percy of Scandia, a knight who lived under the reign of King Arthur, and takes on the mantle of Black Knight after his uncle, supervillain Black Knight II, dies.

Asked to undo the villain's mistakes, Dane proves himself to be a hero as he fights bad guys using the cursed mystical sword he inherits from his ancestors. 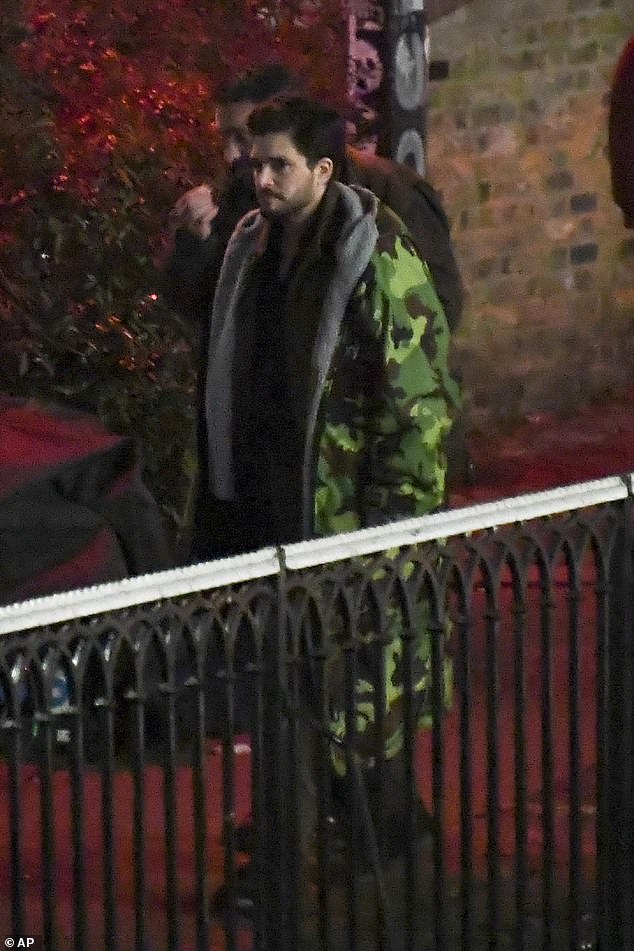 Casual: The Game Of Thrones star donned an oversized camouflage print jacket for his scenes 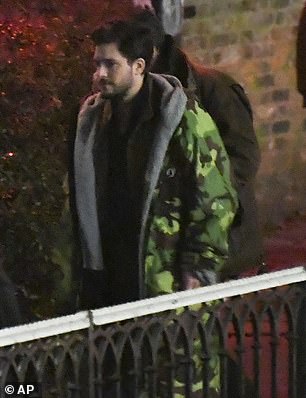 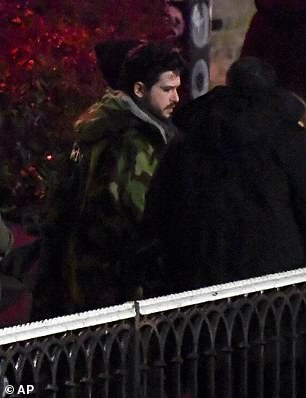 Cosy: Kit completed his wardrobe by teaming a khaki green jacket with matching trousers, while he also wore a grey scarf

Live: Deontay Wilder and Tyson Fury duke it out for the heavyweight world title