'So thankful to call you all family!' Bindi Irwin and fiancé Chandler Powell pose with Terri and Robert for a sweet photo

And it's clear that Chandler very much feels that he's been welcomed into the tight-knit clan.

On Friday, Robert Irwin took to Instagram to share a photo of himself, his mother Terri Irwin, 55, his sister Bindi, 21 and her fiancé Chandler, 23. 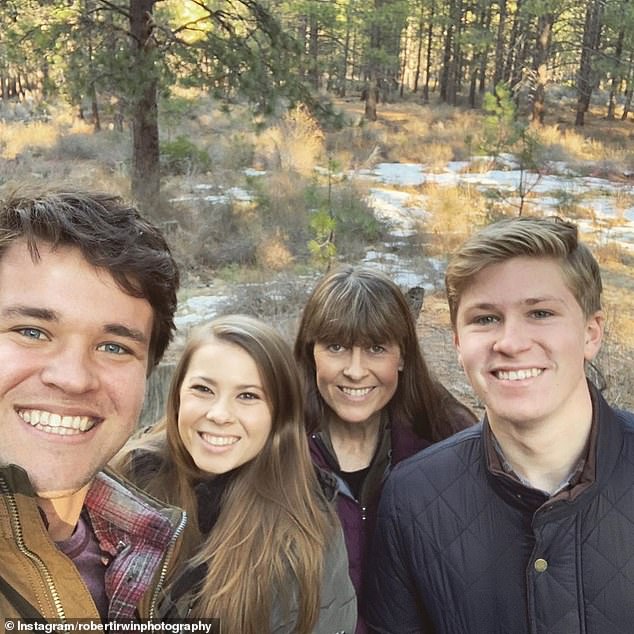 Close: On Friday, Robert Irwin (far right) took to Instagram to share a photo of himself, his mother Terri Irwin (centre) his sister Bindi (second from left) and her fiancé Chandler (far left).  In the comments below, Chandler, commented: 'So thankful to call you all family!'

The 16-year-old conservationist captioned the cosy photo: 'The best family!'

In the comments below, American Chandler, who moved to Australia to live and work with the Irwins, chimed in: 'So thankful to call you all family!'

Bindi and Chandler are growing ever

Lady Kitty Spencer oozes glamour in a black sequin gown as she attends ...