Verdict: What the Dickens!

The Man Who Killed Don Quixote (15)

Years pass without a single film based on an autobiographical novel about an aspiring young writer emerging out of genteel impoverishment in the mid‑19th century . . . then, what do you know, two come along in quick succession.

Both directors have taken bold liberties with their source material, Gerwig by tinkering with the chronology of Louisa May Alcott’s novel and Iannucci, well, with pretty much everything. 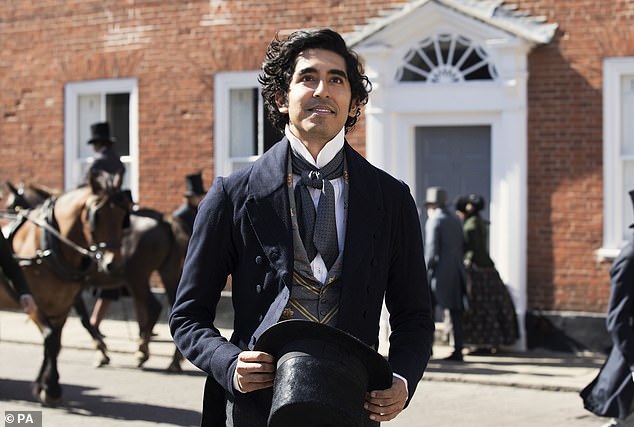 Most conspicuously of all, he has given David Copperfield a racially diverse cast, starting with Dev Patel (and Jairaj Varsani as the younger incarnation) in the title role. Likewise, the bibulous lawyer Mr Wickfield is played by Benedict Wong, an actor of Hong Kong-Chinese heritage, with black actress Rosalind Eleazar as Wickfield’s noble daughter, Agnes.

What this might do to Laurence Fox’s blood pressure, heaven knows. As you may be aware, he’s the actor revelling in the social-media spotlight following a racism brouhaha on BBC1’s Question Time last week.

Fox has since attacked the Oscar-nominated World War I film 1917 for its ‘forced diversity’ in featuring an ‘incongruous’ Sikh soldier.

He ain’t seen nothing yet.

But then, Dickens was a master at portraying contemporary society, which is why the adjective ‘Dickensian’ is so often interchangeable with ‘Victorian’.

And that is what Iannucci has done. With costumes, sets and language, he has rooted the story firmly in the era in which it was created. Yet by populating it with characters of different ethnic backgrounds, he evokes Britain today, as well as Britain in 1850. I’m quite sure Dickens would have approved.

Besides, the man behind the biting TV satire The Thick Of It, whose last film was 2017’s The Death Of Stalin (in which Jason Isaacs memorably played the monstrous General Zhukov with a broad Yorkshire accent), was never remotely likely to give us a conventional interpretation of David Copperfield.

Iannucci even throws in some surreal flourishes of which Terry Gilliam (see The Man Who Killed Don Quixote, right) would be proud; a giant hand that intervenes at one point seems almost calculatedly Pythonesque.

In some ways, however, this picture is a victim of its own exuberance, because when that flags, it’s easy to be reminded that a 600-page novel and a two-hour film form an uneasy equation. Some storylines have had to be sacrificed altogether, and others greatly condensed.

We don’t see the whole trajectory of the ghastly Uriah Heep’s story, which is a shame, because he is splendidly played by Ben Whishaw with a pudding-bowl haircut. 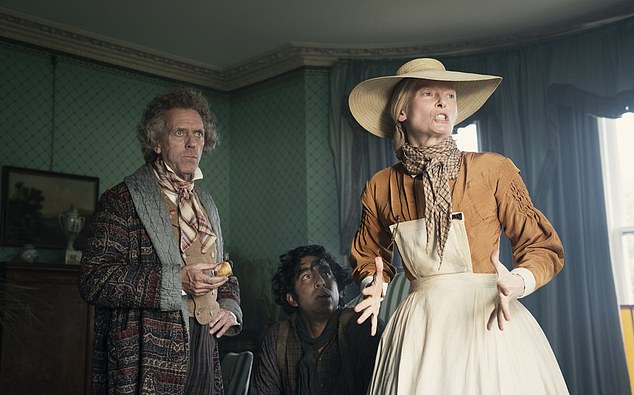 Still, on the whole, Iannucci deals deftly with the challenge.

Ingeniously, he casts the same actress (Morfydd Clark) both as David’s enfeebled mother and frivolous future crush, Dora Spenlow, a nice shorthand way of showing us that he yearned for a mother figure.

For the most part, the film bowls along cheerfully, beginning with the grown-up David on stage introducing his life story, then striding across Kentish fields to be present at his own birth.

Patel, never the most subtle of performers, is in his element in a role that actually benefits from a degree of over-acting. He’s an engaging lead. Better still, we are quickly introduced to some of the most cherishable Dickensian characters, such as the housekeeper Peggotty (warmly played by Daisy May Cooper) and David’s eccentric aunt, Betsey Trotwood.

The latter is a gift of a role for a great actress. In the 1999 BBC adaptation she was played by Maggie Smith, and in the 1969 film by Edith Evans. There aren’t many who could take hold of that baton without fumbling it. But Tilda Swinton is every bit the equal of her illustrious forebears in the part, extracting every ounce of comedy from her double-act with Hugh Laurie, who is a delight as Betsey’s benignly addled cousin and lodger, Mr Dick.

Written by Iannucci with Simon Blackwell, the film rattles through what Dickens called the vicissitudes of David’s life, from his cruel exile at the hands of his horrible stepfather to the travails of work in a bottling factory and his experiences lodging with the hard-up Micawber family.

As Mr Micawber, Peter Capaldi (also following in mighty footsteps : Bob Hoskins in 1999, Ralph Richardson in 1969) seems more suffused in gloom than the character ought to be.

On the other hand, his verbosity made me realise for the first time that Jimmy Perry and David Croft must surely have had Micawber in mind when they created Corporal Jones in Dad’s Army. That, in turn, is a reminder that Iannucci, by adapting Dickens, has become part of a precious comic lineage. Some will feel that he has betrayed