Former EastEnders star Richard Blackwood has joined Hollyoaks and will make his debut as newcomer Felix Westwood this spring.

The soap star, 47, best known for playing Albert Square's Vincent Hubbard, will star as Martine Deveraux's (Kelle Bryan) past love interest and the long-lost father to her twins - Mitchell Deveraux and Toby Faroe.

The twins, separated at birth, were only reunited over Christmas after Toby, played by Bobby Gordon, tracked down his brother Mitchell, played by NTA nominee Imran Adams, to the village of Hollyoaks. 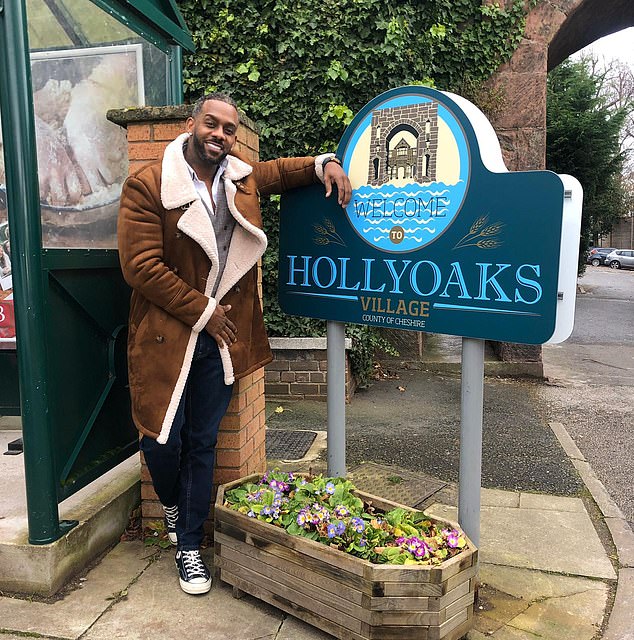 Exciting: Former EastEnders star Richard Blackwood has joined Hollyoaks and will make his debut as newcomer Felix Westwood this spring

Now the pair will be reunited with their father Felix Westwood in a plot that is bound to shed light on the family's secrets including why Toby was given away at birth.

Talking about his new role, Richard said: 'I feel amazed and honoured to join the cast of Hollyoaks. After finishing at EastEnders, I did a few plays and a TV show for America.

'Now, I feel ready with what I've learnt in my hiatus to be a part of this show. I plan to take my acting to the next level and this character will help tremendously with that growth!'

Imran Adams, who will play his son Mitchell, said that watching Richard play roles on TV had been an inspiration to him growing up.

He said: 'Richard Blackwood has

PREV Christine McGuinness reveals daughter Felicity, 3, has autism
NEXT Lily Collins opts for biker chic in a leather jacket as she hugs a friend ...