Wendy Williams reveals she wants to get married again... after finalizing messy divorce with Kevin Hunter

Wendy Williams already has marriage on the mind again, after recently finalizing her divorce from Kevin Hunter.

The Wendy Williams Show host legally finalized her split from ex-husband Kevin Hunter earlier this week, but the divorce hasn’t put her off the idea of marriage, because she’s already keen to find a new spouse.

When asked if she’d tie the knot again, she said: 'Yes! With a good old, one-page pre-nup, one paragraph. 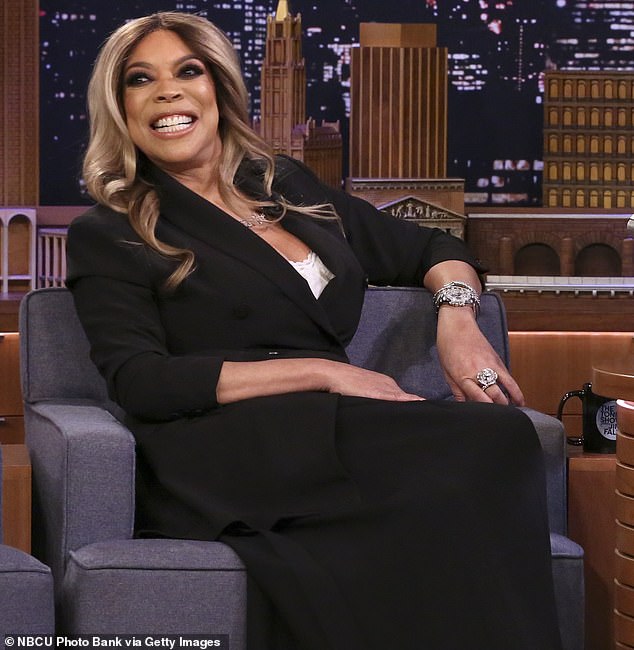 Moving on: Wendy Williams already has marriage on the mind again, after recently finalizing her divorce from Kevin Hunter

'Maybe two sentences: "What's yours is yours, what's mine is mine. What we earn during our marriage is yours and mine, and I don't wanna live with you." This is a new thing!'

Wendy says she’s already back in the dating game, but is looking to become a 'wife, not a girlfriend,' and wants to find someone she can settle down with.

And although she hasn’t dated since meeting Kevin 25 years ago, the 55-year-old talk show host says she can now easily spot the 'worst guys.'

She said: 'You know what's

PREV Married At First Sight: Casts' secret connections to former stars of the show
NEXT Love Island CONFIRMS the return of Casa Amor

Regulation of 'unaffordable' medicinal cannabis forcing patients to turn to ...