Connagh Howard has been dumped from the Love Island villa.

The hunk, 27, bid a sad farewell to South Africa in Friday's show after he missed out on being chosen in the re-coupling, despite sharing a kiss with Rebecca Gormley days earlier, who instead paired up with Luke Trotman.

The recoupling proved to be full of drama as Siânnise Fudge was left fuming by Rebecca's decision to steal Luke, leaving her with the difficult call to choose Nas Majeed, sending Connagh home. 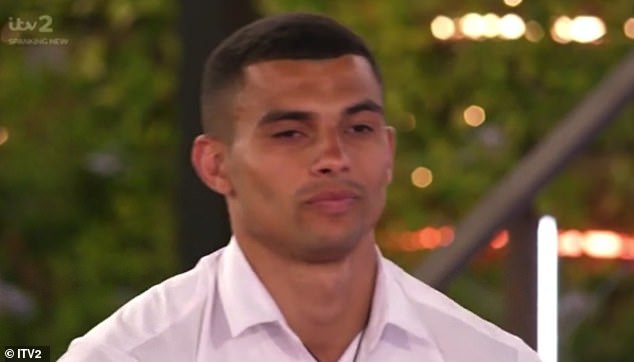 Gone: Connagh Howard has become the second Islander to be dumped from the Love Island villa after failing to be paired up with one of the girls in a tense re-coupling

The recoupling proved to be a dramatic one, as the girls debated whether they wanted to stick with their current partners, or choose one of newcomers Luke M or Luke T.

Leanne Amaning was up first, and inevitably chose to stick with her beau Mike Boateng, despite enjoying a date with Luke T earlier in the day.

Shaughna Phillips eagerly chose to stay with Callum Jones, even after his head was briefly turned by newcomer Rebecca earlier in the week, insisting their relationship was 'a marathon not a sprint.' 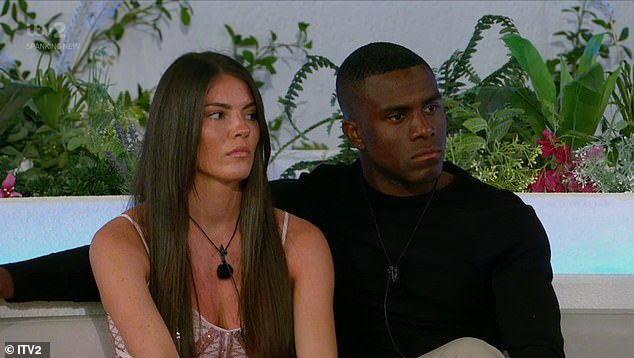 Dramatic: In a surprise move, Rebecca Gormley chose to be paired up with newcomer Luke Trotman, despite hinting in earlier days she could have feelings for Connor

As Rebecca stood to make her decision, she said: 'From the moment I've met him I'm non-stop laughing with him, I absolutely love how confident he is.

'We have so much to talk about and he's not exactly bad looking, I can't wait to be in a couple with this guy.'

She then announced that she had decided to pair up with Luke T, sparking a furious reaction from Siânnise. 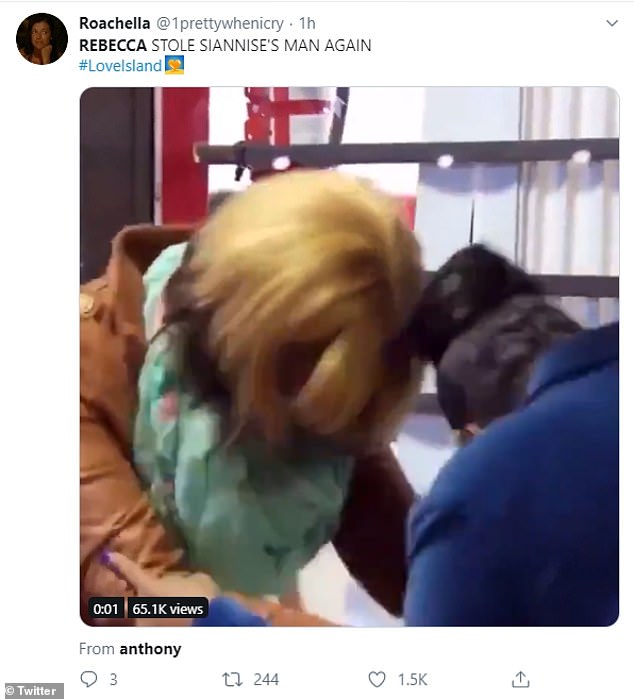 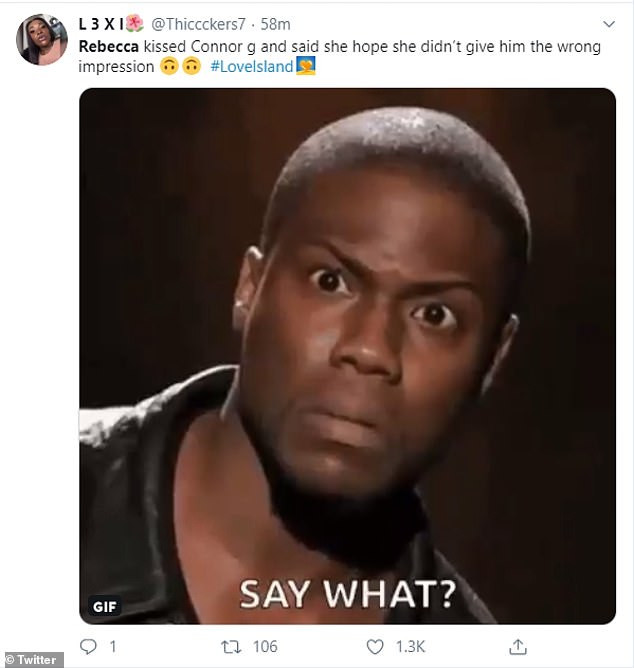 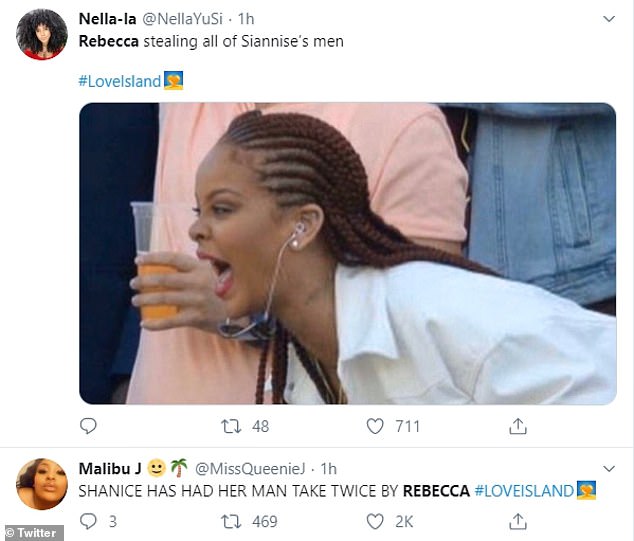 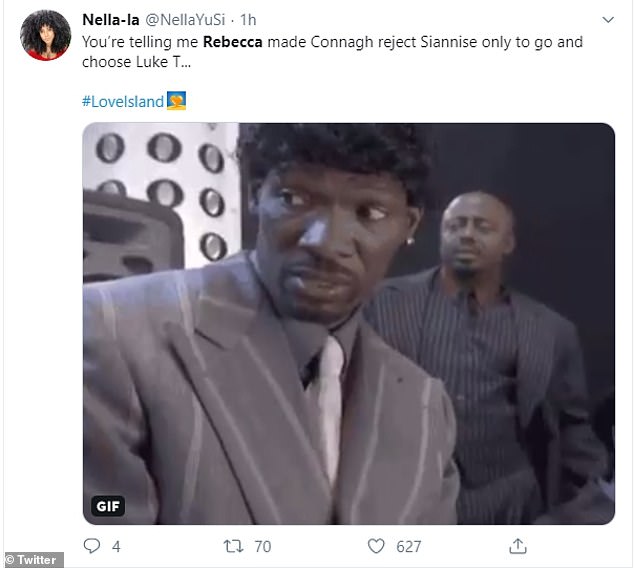 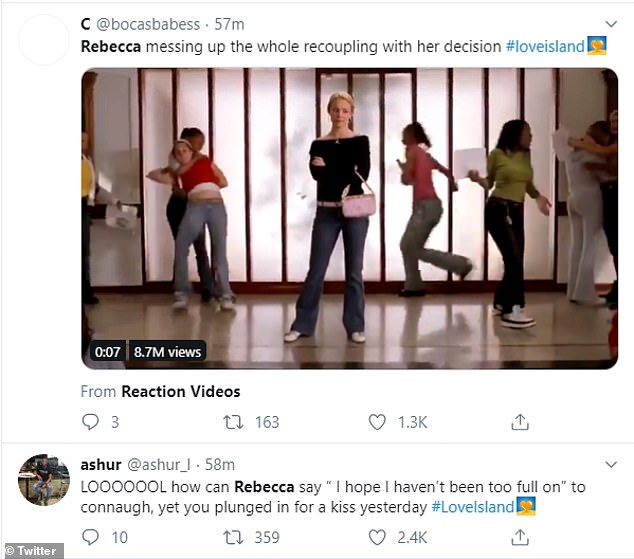 Shocking: Fans also weren't impressed by the sly move, especially as it meant this was the second man that Rebecca had managed to tempt away from Siannise

Fans also weren't impressed by the sly move, especially as it meant this was the second man that Rebecca had managed to tempt away from Siannise.

While several posted hilarious memes to display the chaoes that Rebecca had caused in the villa, one posted: 'Rebecca kissed Connor G and said she hope she didn't give him the wrong impression.'

Another wrote: 'SHANICE HAS HAD HER MAN TAKEN TWICE BY REBECCA.' 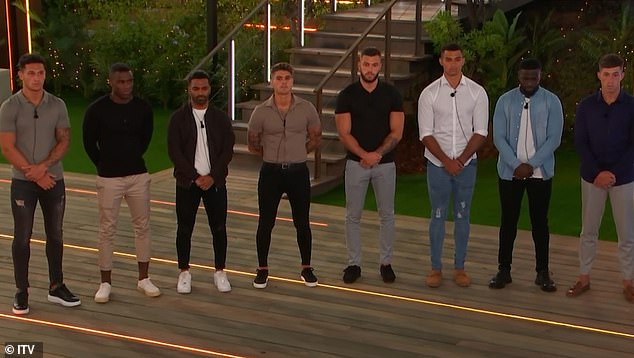 At odds: The recoupling proved to be a dramatic one, as the girls debated whether they wanted to stick with their current partners, or choose one of newcomers Luke M or Luke T. 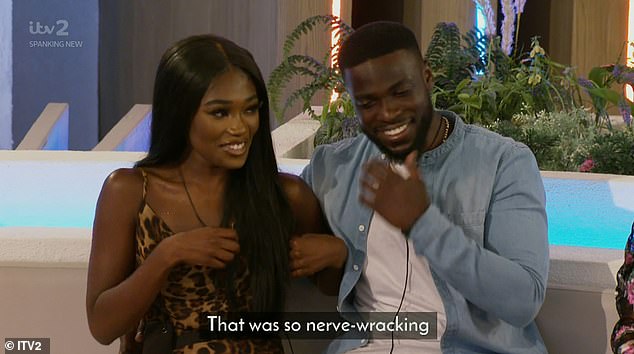 He's mine! For Leanne Amaning it was an easy decision as she chose to stick with Mike Boateng 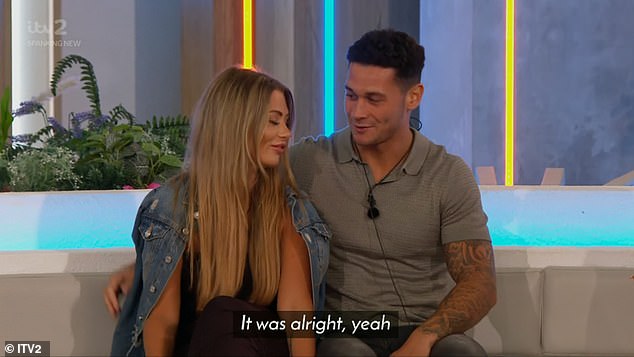 Delighted: Even after his head was turned by Rebecca earlier in the week, Callum Jones was staying with gorgeous Shaughna Phillips