Build that booty! Fitness guru Tammy Hembrow reveals the secrets to her pert derrière as she works out at the gym... after denying she has had Brazilian butt lift surgery

She's known for her pert derrière and has previously denied having Brazilian butt lift surgery.

And on Sunday, Tammy Hembrow revealed how she achieves her famous asset.

The 25-year-old headed over to his fitness account to give her eager followers a sneak peek at how she uses resistance bands to build her famous behind. 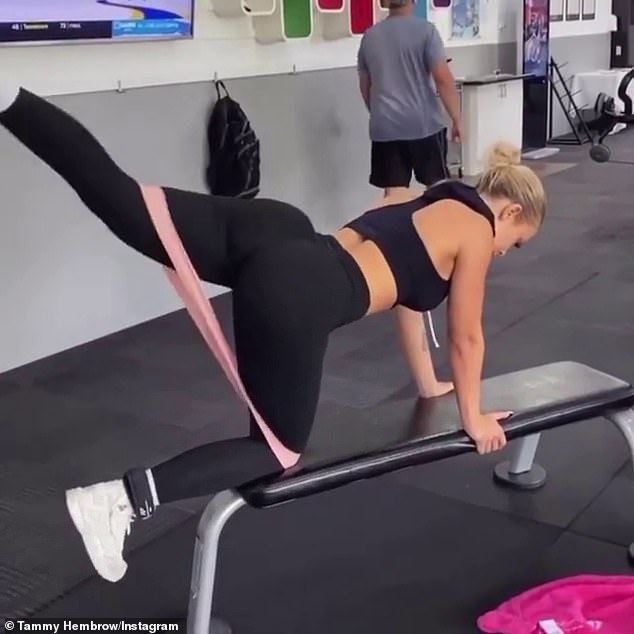 Build that booty! Fitness guru Tammy Hembrow revealed the secrets to her pert derrière on Sunday as she worked out at the gym... after denying she has had Brazilian butt lift surgery

In the video, Tammy can be seen using a 'booty band' from her own range, with the pastel pink equipment giving around three to four kilograms of resistance.

The mother-of-two balanced on a padded bench with one knee, using the other leg to perform 'rainbows,' an exercise where the extended leg is lifted around each side of the planted leg.

In the next video, Tammy ditched the booty bands altogether, strapping one of her feet on the cable machine while completing 'hydrants,' a leg extension.

Later, Tammy hops back up onto the bench, using the height to amplify a simple leg lift with the cable machine. 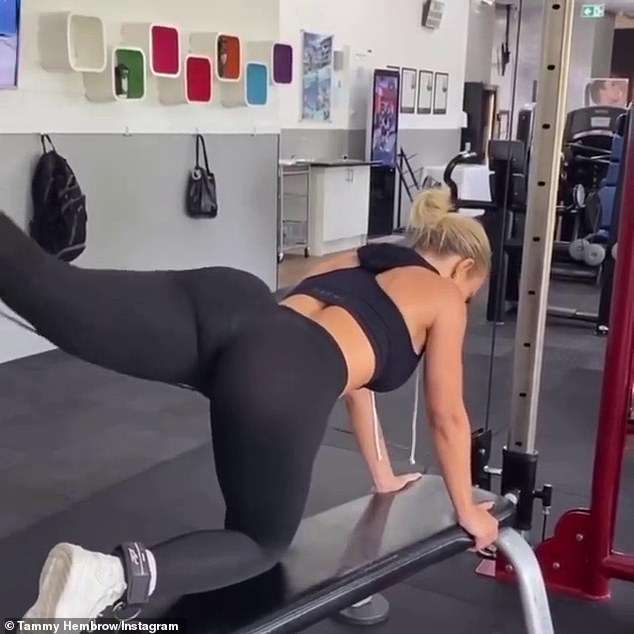 Work it! In one video, Tammy ditched the booty bands altogether,