By Olivia Wheeler For Mailonline

She rose to fame thanks to a brief stint on Essex-based reality show TOWIE.

And Jasmin Walia made sure she remained in the spotlight as she stepped out in a daring ensemble for coffee in West Hollywood, Los Angeles, on Friday.

The reality star, 24, who is trying to break into music, showcased her washboard abs in a tiny white plunging crop top teamed with a pair of high-waisted mom jeans. 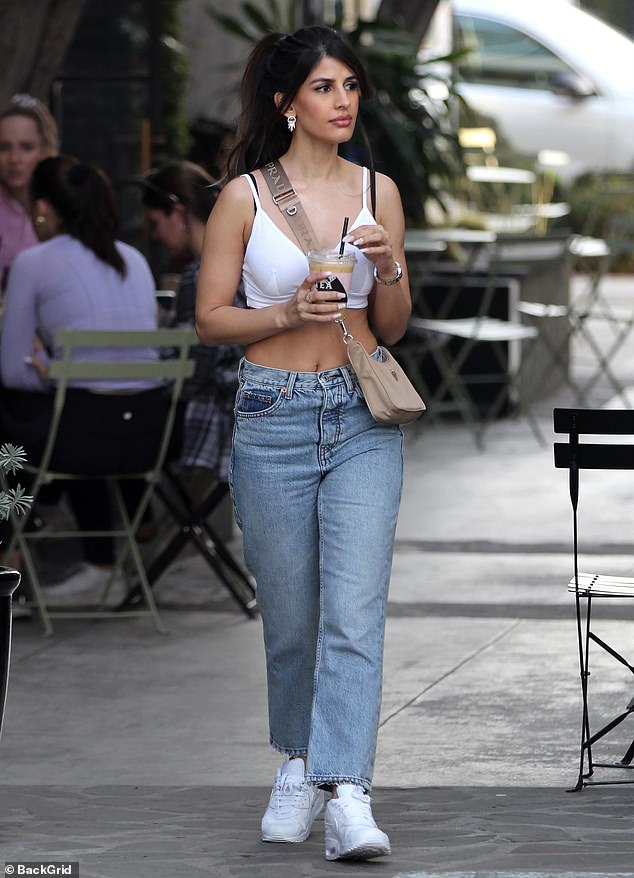 Daring: Jasmin Walia made sure she remained in the spotlight as she stepped out in a daring ensemble for coffee in West Hollywood, Los Angeles, on Friday

Jasmin finished her look with a pair of white trainers, a beige Prada handbag and dramatic silver diamond pendant earrings.

The singer styled her glossy brunette locks into a sweptback ponytail, she added a slick of glamorous make-up to enhance her stunning features.

Jasmin appeared in good spirits as she waved and smiled at photographers while sipping on an iced coffee in the celebrity hot spot.

The reality star has been busy in a recording studio and meeting label executives during her trip to LA. 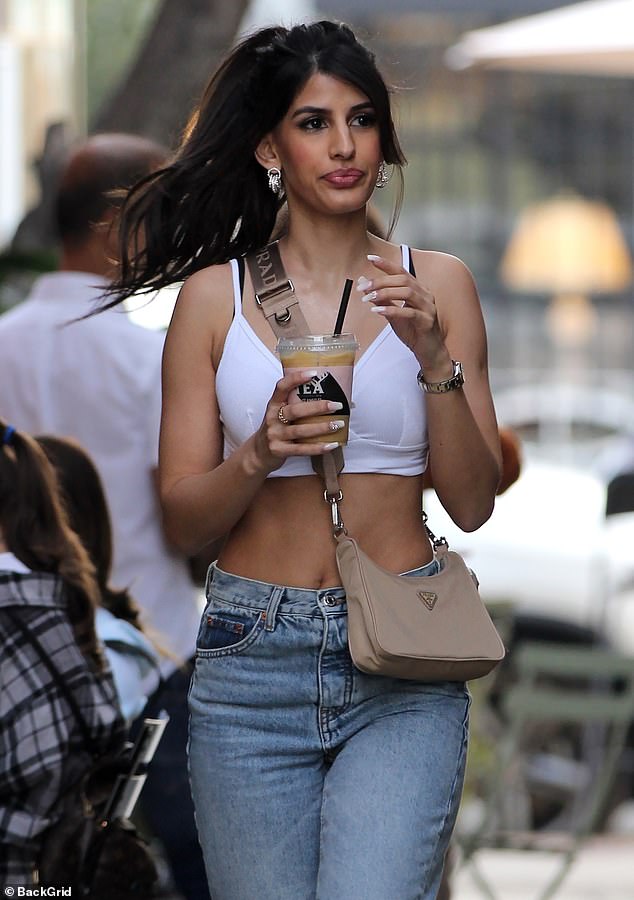 PREV Kylie Minogue and Naomi Watts voice their support for victims and firefighters ...
NEXT Love Island CONFIRMS the return of Casa Amor

The Chase's Mark Labbett storms off set and punches a wall