The 25-year-old has changed his Instagram profile photo to a yellow and purple love heart with the number 24 on it in honor of the former Laker's player.

And the singer has also purchased some new art to continue to pay tribute to the star in his home. 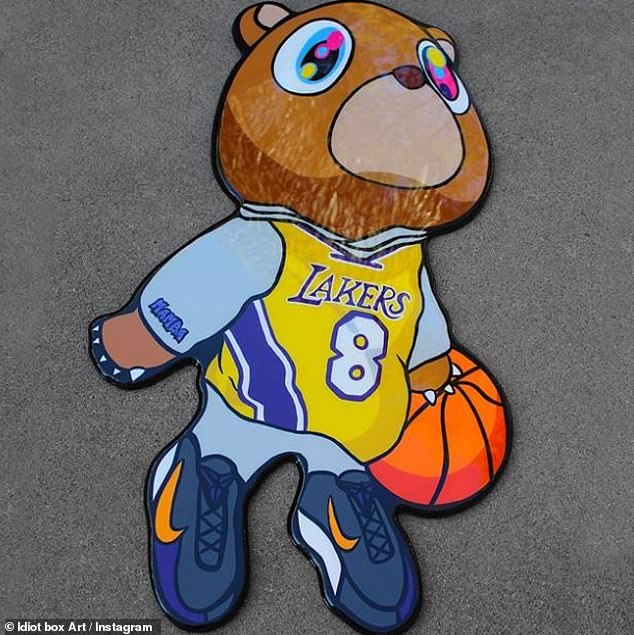 Sold! Justin Bieber has purchased a $1200 Kobe Bryant piece of art in his honor as he continues to mourn the loss of the NBA player

Justin's team contacted Idiot Box Art owners, Emily Bright and Tamara Martin, to make the purchase for $1200, according to TMZ.

The cartoon artwork has a bubbly looking bear wearing Kobe's original number eight jersey while playing ball for the Lakers.

Kobe's Mamba jersey was underneath and the look was completed with a pair of Nike shoes. 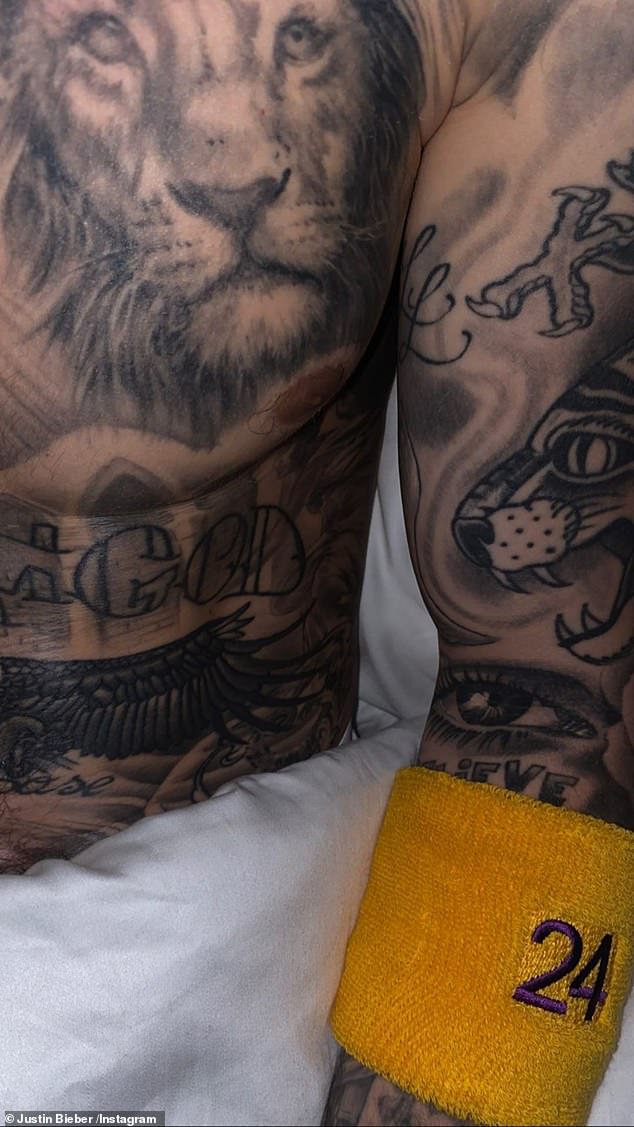 On his arm: Justin also sported a Kobe sweatband on his arm while shirtless in bed on Friday evening 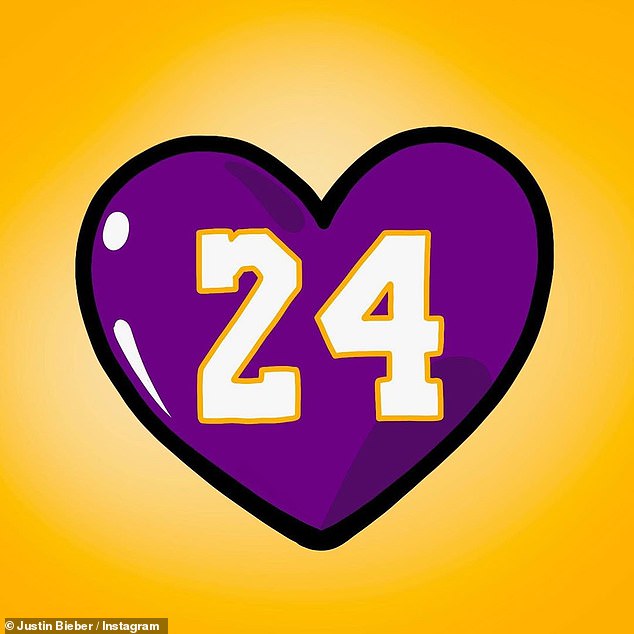 Love lives on: Justin shared three of the same purple love hears for the NBA star on Friday

PREV Victoria Beckham, 45, bears an uncanny resemblance to son Romeo, 17, as she ...
NEXT Love Island CONFIRMS the return of Casa Amor

Court blocks plan to send up to 50 evacuated American coronavirus patients to ...

How did ewe get up there? Hilarious moment three lost sheep are found ...