'My mum thought it was a joke': MAFS bride Cathy Evans says her family and friends were 'concerned' about her decision to find love on the controversial TV show Do you have a story about a MAFS contestant? Email [email protected]

And on Sunday's Weekend Today, bride Cathy Evans appeared in her first TV interview ahead of the show's anticipated return.

The 26-year-old, who will wed a stranger in the first episode, claimed the reaction from friends and family was a 'mixed bag'. 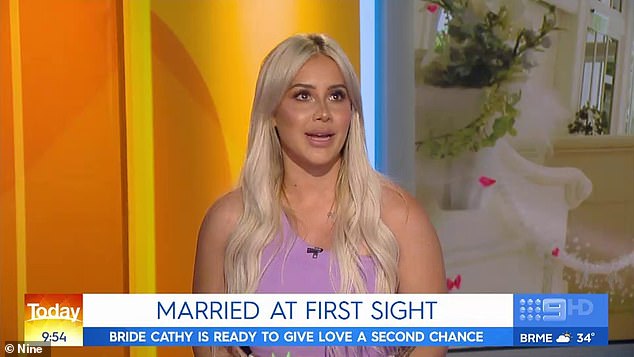 'My mum thought it was a joke': MAFS bride Cathy Evans has claimed her family and friends were 'concerned' about her decision to find love on the controversial TV show

Speaking to hosts Richard 'Dickie' Wilkins and Rebecca Maddern, Cathy said while some of her nearest and dearest were excited, others were nervous of her reality TV  journey ahead.

'I had people who were real excited for me. People who

PREV Hilary Duff is a star in stripes as she stops by #BlogHer20 to promote natural ...
NEXT Love Island CONFIRMS the return of Casa Amor