That's not very fancy! Iggy Azalea reveals she suffered an embarrassing fall while shopping in public at Sephora

Iggy Azalea has spoken out about an embarrassing moment she'll never forget.

The Fancy hit-maker recalled she once tripped and fell while shopping at Beauty store, Sephora.

Iggy, 29, joked about the moment on Twitter, asking: 'Okay, but when was the last time you fell over In public?' 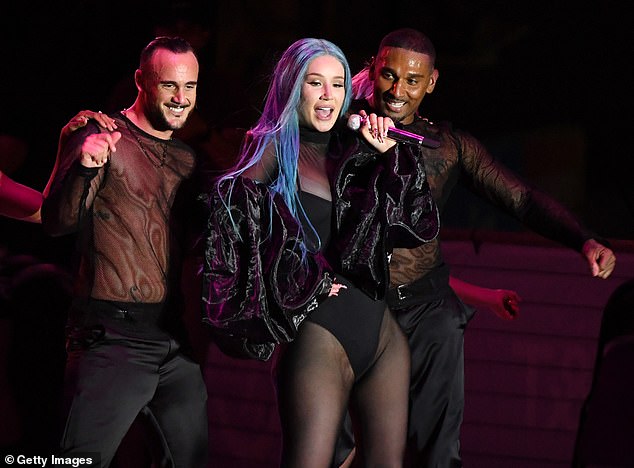 Not so fancy! Iggy Azalea suffers embarrassing fall while shopping in public at Sephora

The Australian rapper quickly Tweeted her embarrassing moment to start of the discussion among her fans.

'I once slipped over and took down a makeup display in Sephora,' she said.

Iggy added: 'I drove past a store today and had flash backs.' 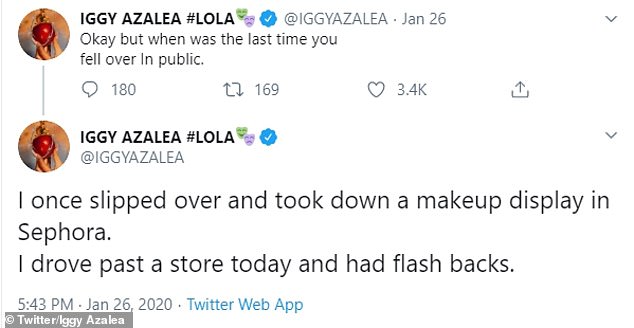 'I took down a makeup display': Iggy said she still has ' flash backs' about the embarrassing shopping moment

Under weight of expectation, no surprise Australia stumbles at first WC game

The family of Hannah Clarke have revealed the sick rules her killer husband ...