She welcomed her second daughter, Charlie Lane, with husband Sam Wood in July, 2019.

And on Sunday, Snezana Markoski celebrated her daughter's six-month milestone by sharing a carousel of adorable snaps to her Instagram.

In one of the snaps, the cute bub is seen holding a black and white card which read 'six months', while looking up, posing for the camera in a grey coloured onesie. 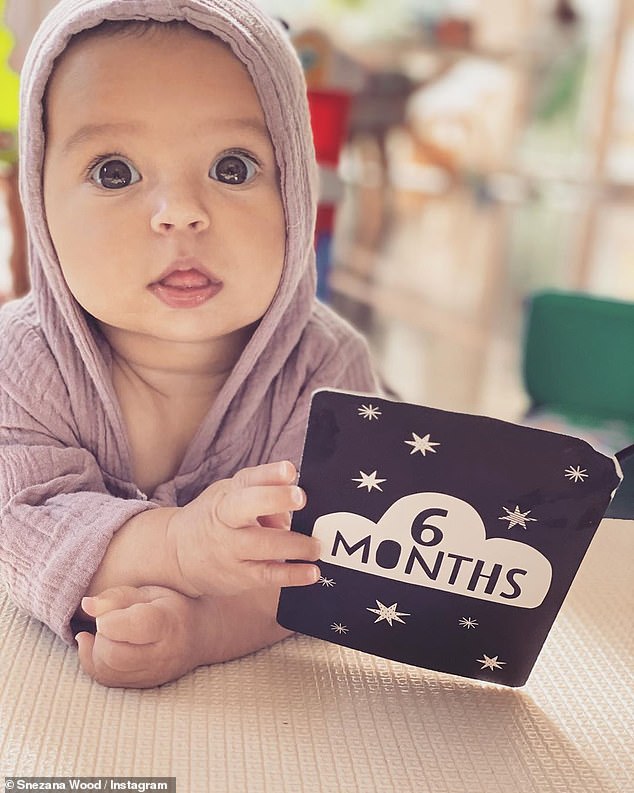 In another, the cute infant is seen nibbling on the same card.

The series of snaps were posted alongside an emoji of a bear alongside the hashtags '#charliebear #babygirl #6mths #cutenessoverload #cutebaby' and '#babyeyes'.