She's never been afraid to show off her incredible figure.

But Heidi Klum kept her incredible physique under wraps on Saturday as she set off to  film scenes for season 15 of Germany's Next Topmodel.

The 46-year-old reality TV show host was no doubt pleased to be able to film these scenes in Los Angeles on the day, but was dressed for cold  as she headed to her trailer. 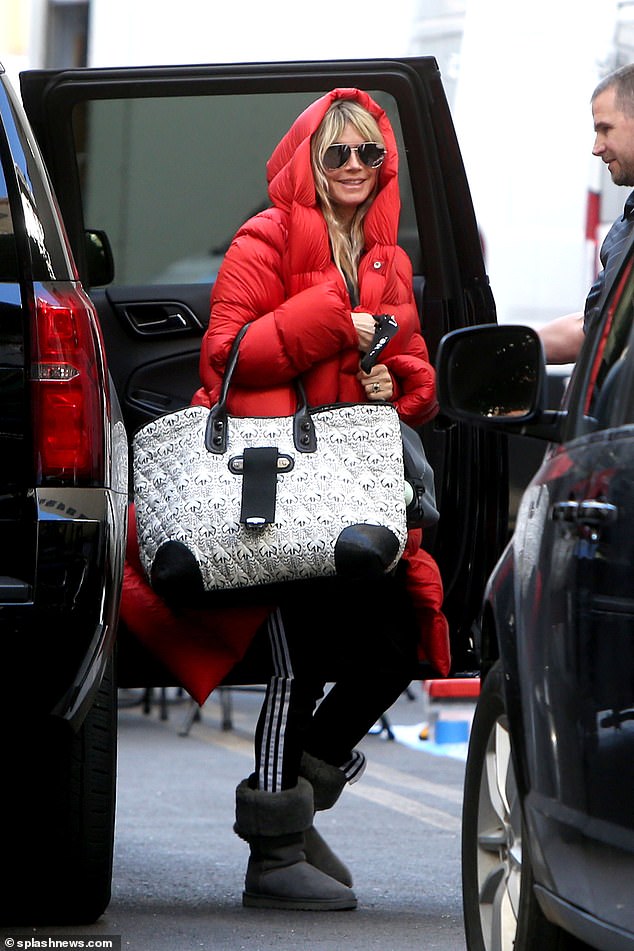 Comfy Klum: Heidi Klum, 46, kept her sensational figure wrapped up warm on Saturday as she made her way into filming for season 15 of Germany's Next Top Model in Los Angeles, California

In an oversized red padded jacket and large aviator sunglasses, Heidi ditched her heels for fur-lined boots as she fended off the winter air.

Cutting a casual but glam figure the model wore a pair of racing striped joggers with an oversized quilted overnight bag and grey sheepskin boots.

The host has been a part of the German version of the Top Model franchise since it began in 2006, also acting as Lead Judge and executive producer.

Before that she co-presented America's Next Top Model with its creator Tyra Banks in the 23rd cycle. 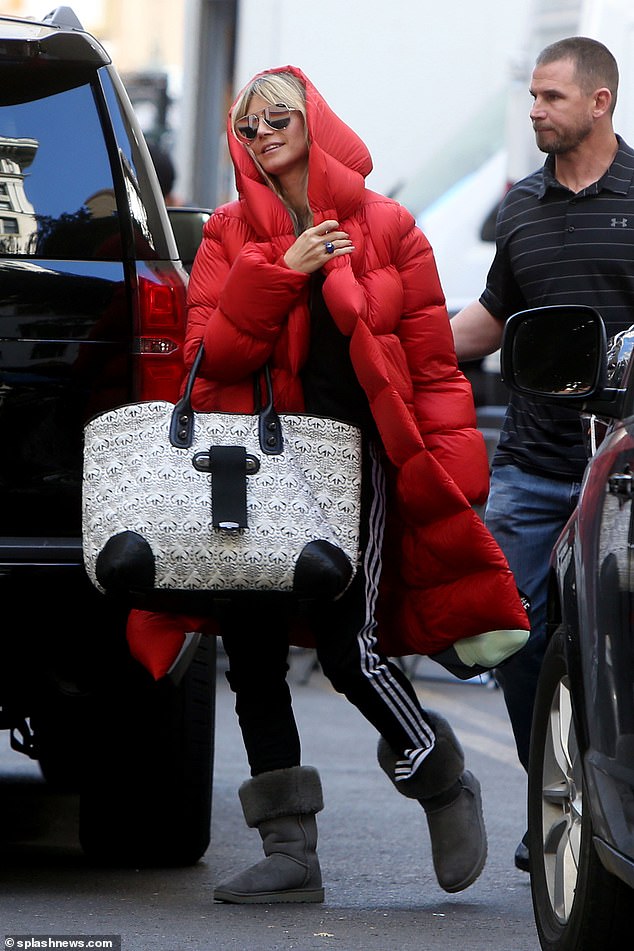 Hood up: In an oversized red padded jacket and large