The 72nd Writers Guild Awards were held on Saturday, with two concurrent ceremonies in Los Angeles and New York.

Writer, creator, producer and actor Tina Fey attended the festivities at the Edison Ballroom, near Times Square in Midtown Manhattan, with some of her Saturday Night Live pals by her side.

Her appearance comes two years after she was honored with the Herb Sargent Award for Comedy Excellence from the Writers Guild Of America. 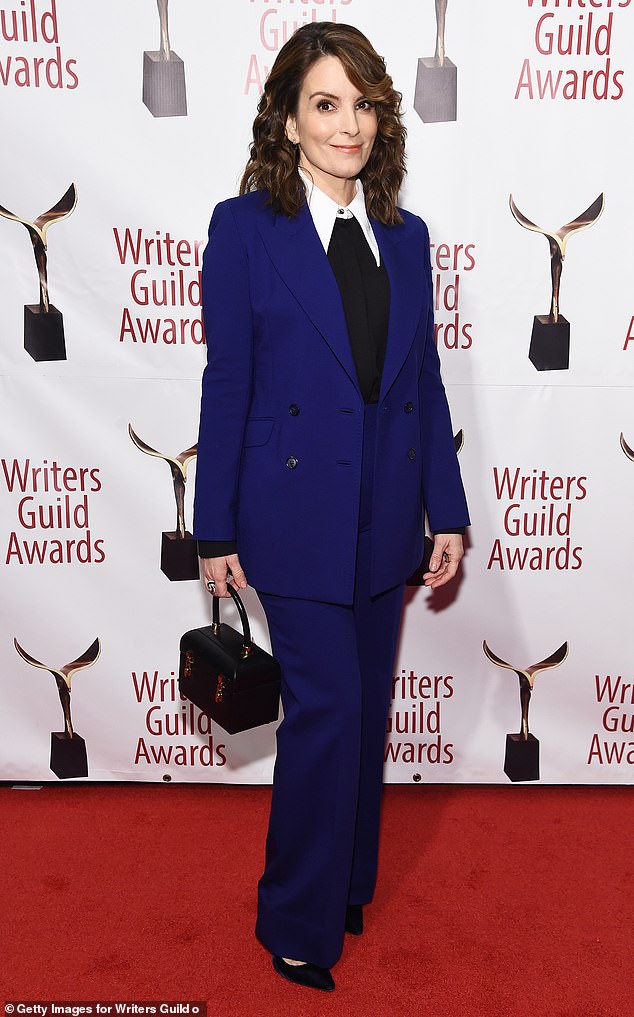 The SNL alum looked business-chic in a blue suit that consisted of flared pants and a double-breasted blazer.

She also donned a black sweater over a white button-down shirt, but kept the pointed collar prominent in the ensemble.

Fey, 49, rounded out the outfit with a pair of black heels, a black boxed-purse and her dark brown tresses styled long with some soft waves and a part on the slight right. 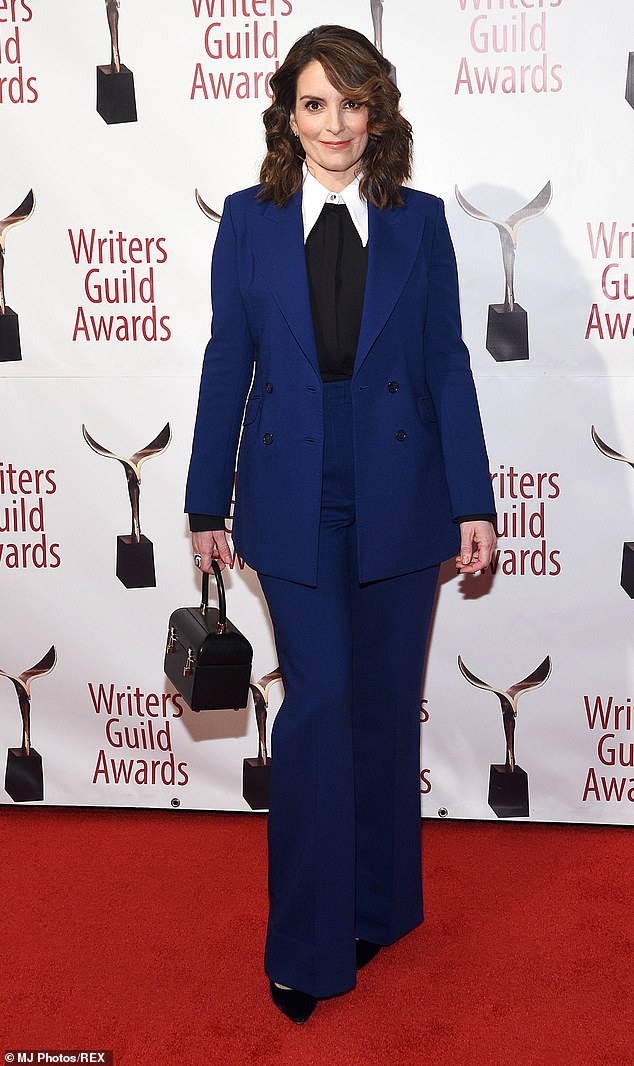