They were the young lovebirds whose romance defined the early days of reality television on the show Newlyweds: Nick And Jessica.

And while their four year marriage ended way back in 2006, Jessica Simpson couldn't have been nicer about Nick Lachey in her new memoir, Open Book.

Not that he would know - Nick has insisted he hasn't read 'a word' of Jessica's memoir, and complained that she 'did not reach out before it was published'. 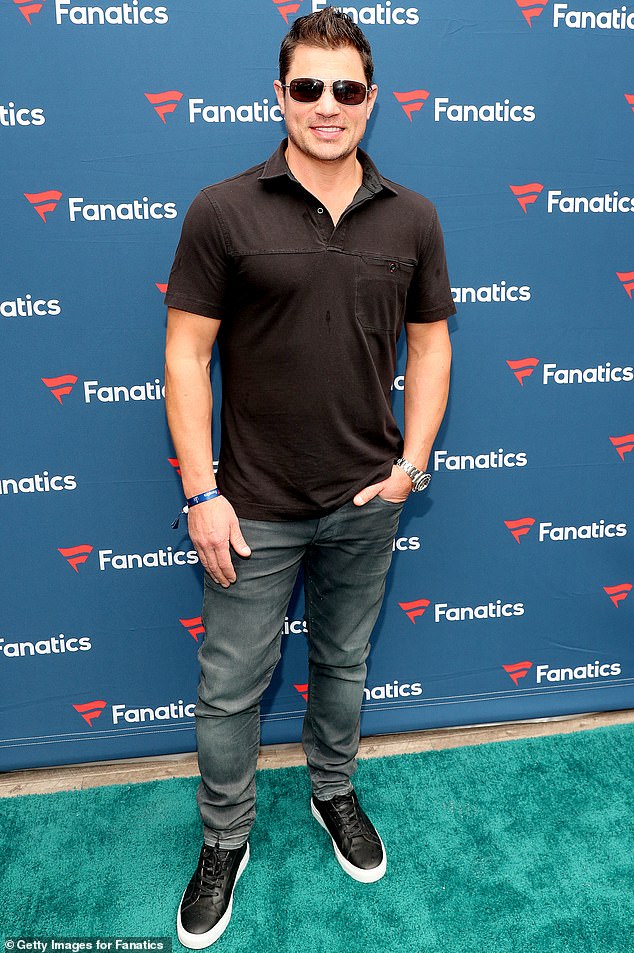 Nope: Nick Lachey has not cracked open his ex-wife Jessica Simpson's autobiography, according to a Page Six insider 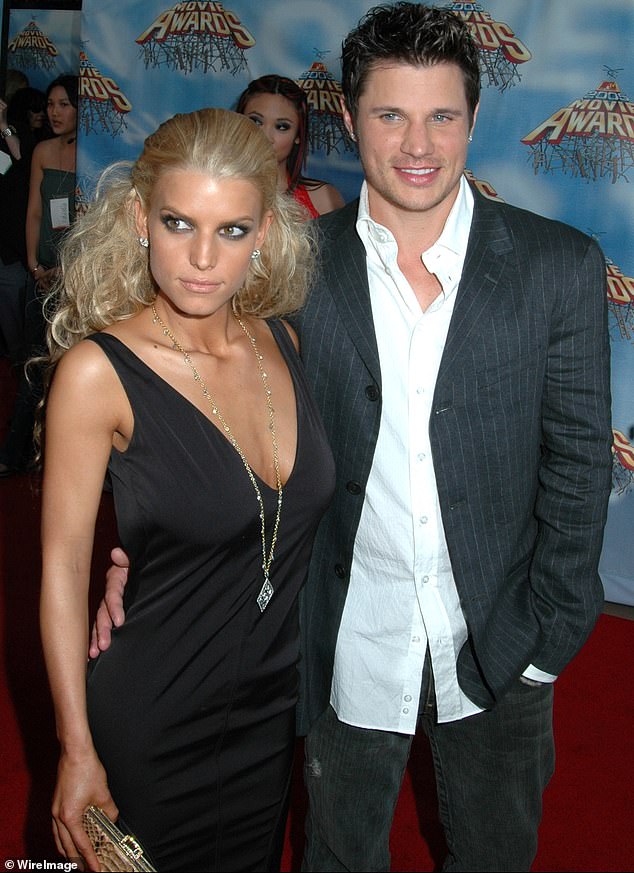 As they were: Newlyweds stars Nick Lachey and Jessica Simpson in 2005; they divorced the following year

'Well, no, I have not read a single word,' he told Us Weekly on Saturday night, at Michael Rubin's Fanatics Super Bowl bash at Loews Miami Beach Hotel.

He then referred to his wife, Vanessa Lachey: 'Both of us have not read the book, and no, she did not reach out before it was published.'

In her memoir Open Book Jessica revealed that her marriage to Nick was damaged by their respective professional worries.

However she has little criticism for her first husband, writing instead: 'We meant a lot to each other and we