Love Island: Sophie Piper and Wallace Wilson are DUMPED from the villa after contestants are tasked with sending home one person from each couple

Sophie Piper and Wallace Wilson were dumped from the villa during Sunday night's episode of Love Island, after being voted out by their fellow Islanders.

Previously, the contestants were asked in their couples to nominate the two couples they felt were the least compatible before the public vote was opened.

On Sunday, the couples were told to gather around the fire pit as the results of the villa and public vote were announced to the contestants. 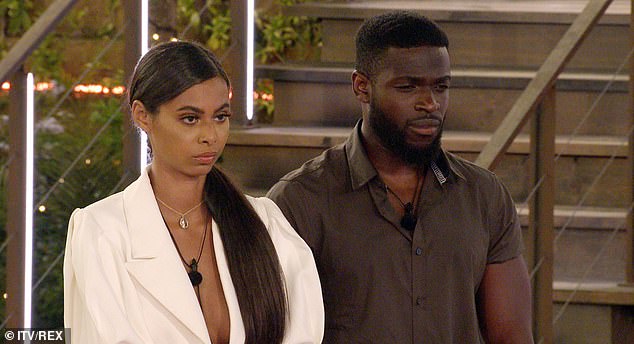 Dumped! Sophie Piper and Wallace Wilson were dumped from the villa during Sunday night's episode of Love Island, after being voted out by the fellow Islanders

The results of the public vote were soon revealed and the couples were told who was safe in the following order; Demi and Nas, Finn and Paige and Shaugna and Callum.

Four couples were left at risk of being dumped after receiving votes from their fellow Islanders, ahead of the next bombshell to rock the  show, the Casa Amor twist.

The couples at risk were Siânnise and Luke; Sophie and Mike ; Rebecca and Wallace and Jess and Luke Mabbott. 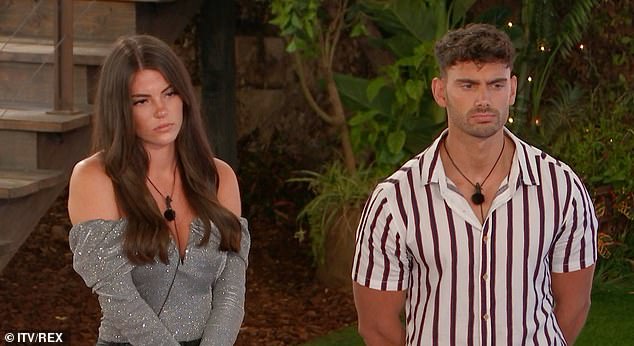 At risk: Previously, the contestants were asked in their couples to nominate the two couples they felt were the least compatible before the public vote was opened

The public vote saved Siannise and Luke and Jess and Luke T, meaning the Islanders then had to decide whether to save Mike or Sophie, and whether they wanted to save Wallace or Rebecca.

Callum and Shaugna were the only couple to save Sophie and also saved Wallace.

Luke M and Jess and Nas and Demi both opted to save Mike and Rebecca, ultimately sending Sophie and Wallace packing. 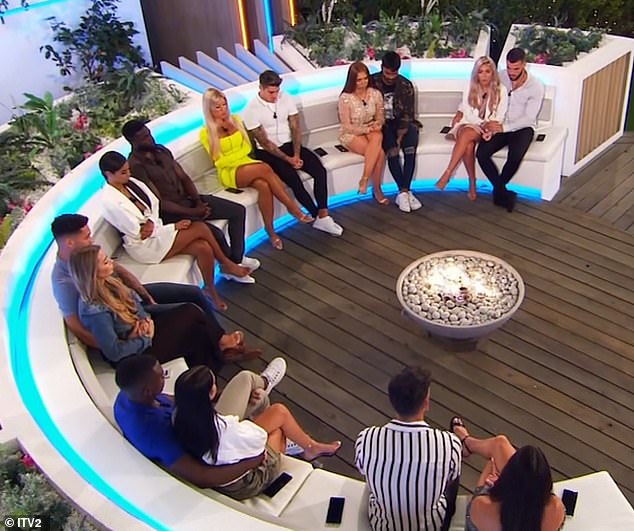 End of the road: Two Love Island contestants have been dumped the villa 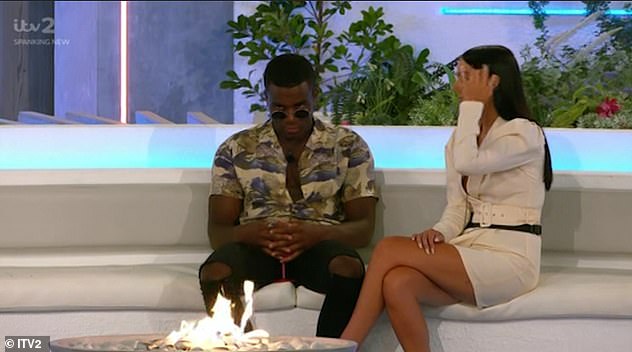 At risk: Four couples - Luke M and Jess, Luke T and Siannise (pictured), Wallace and Rebecca, and Mike and Sophie - all received at least one vote from their fellow Islanders 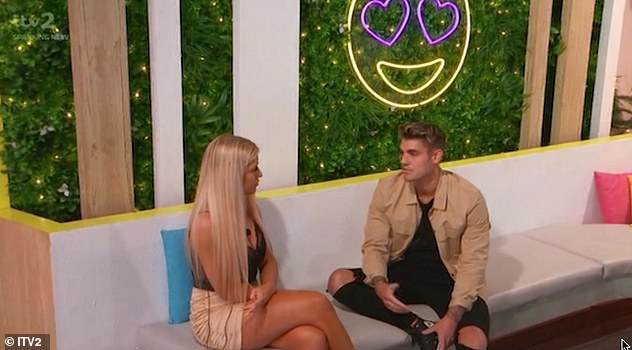 On the rocks? Luke M and Jess have been drifting apart recently, as Mike has been trying his luck with Jess and causing a rift between the couple

During the Islander vote, Wallace and Rebecca received the maximum possible six votes - from every couple except themselves - after the pair admitted during Friday's episode they aren’t attracted to one another and don’t have a connection.

Mike and Sophie were also at risk as they are the only couple in the villa not giving love a try, as they are in a friendship couple.

At the time of the vote, Luke M and Jess had drifted apart recently, as Mike had been trying his luck with Jess and causing a rift between the couple.

The twist means that two Islanders will miss out on the return of Casa Amor.

Six beautiful new ladies and a further six hunky men are set to make their debut and tempt the Islanders from their couples.

The contestants, as always, will be given the chance to couple up with one of the newcomers or stay single and risk