Fern Britton has been overwhelmed by the support of her fans following the shock announcement of her divorce from Phil Vickery.

In a heartfelt tweet posted on Sunday the TV star thanked her followers for their support.

Fern, 62, confirmed the end of her 20 year marriage to the celebrity chef on Friday in a joint statement on Twitter. 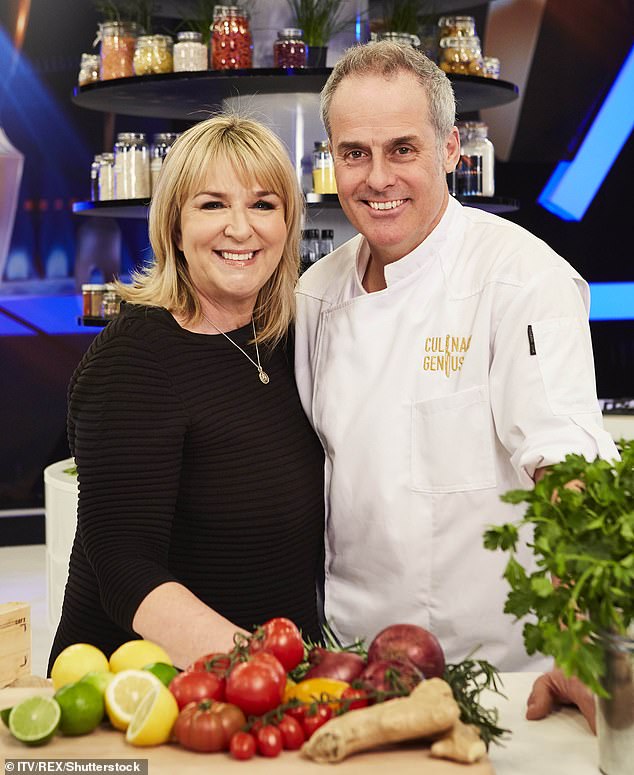 Over: Fern Britton has been overwhelmed by the support of her fans following the shock announcement of her divorce from Phil Vickery (pictured in 2017)

The former This Morning host took to social media once more on Sunday to thank fans for their dedicated support following the news of her split.

Fern tweeted: 'Hello. Thank you so much for all your kind messages. They are so appreciated. More than you know. The kindness of strangers is overwhelming. Xx'

The Tweet, which has received 410 likes at the time of writing was followed by a barrage of tender messages from well wishers.

One Fern fan gave an affirmative response, writing: '@Fern_Britton 20 years is a success and knowing when to move to new things is wise. Good luck for the next chapter!' 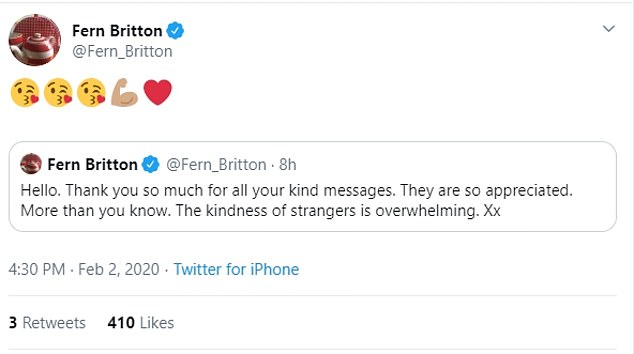 Grateful: Big-hearted Fern thanked fans for their support following the