Beyonce and Jay-Z along with daughter Blue Ivy got prime seating for Super Bowl LIV on Sunday in Miami.

And the superstars stayed seated as Demi Lovato took to the field to sing the National Anthem ahead of kick-off between San Francisco 49ers and Kansas City Chiefs.

Instead of standing, Beyonce was seen in her chair bopping to Lovato's performance while others around her were on their feet. 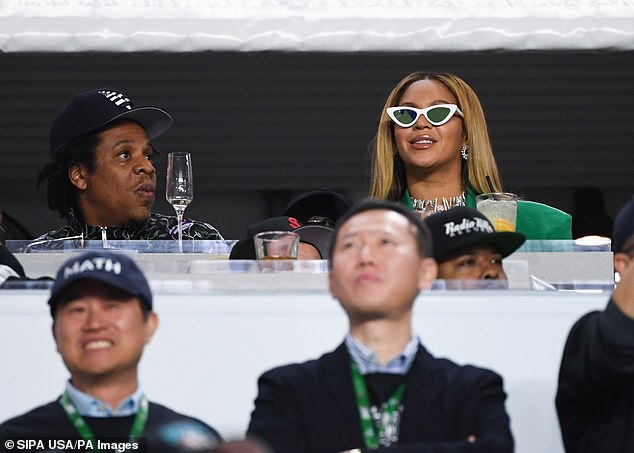 It's not clear why the celebrity couple decided to remain in their seats, especially since Jay-Z has signed a lucrative partnership with the NFL.

The rapper and music mogul's Roc Nation agreed a deal last August in which it will help select artists for major NFL performances such as at the Super Bowl and play a role in the NFL's Inspire Change initiative.

This year's super Bowl halftime performers Jennifer Lopez and Shakira are both clients of Roc Nation. 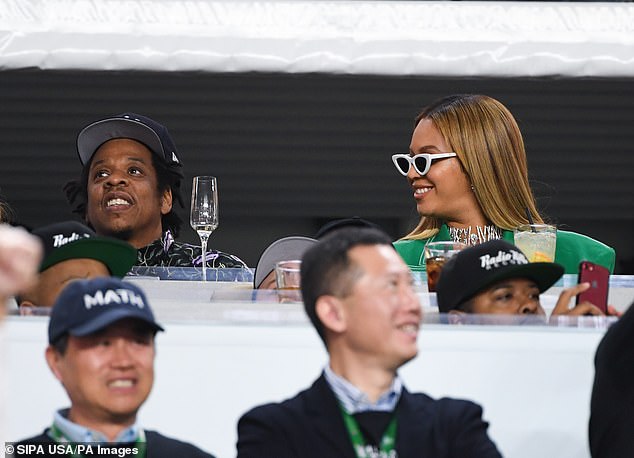 Was it a protest? It's not known why the superstar couple remained seated during the national anthem, especially as Jay-Z has a lucrative partnership with the NFL 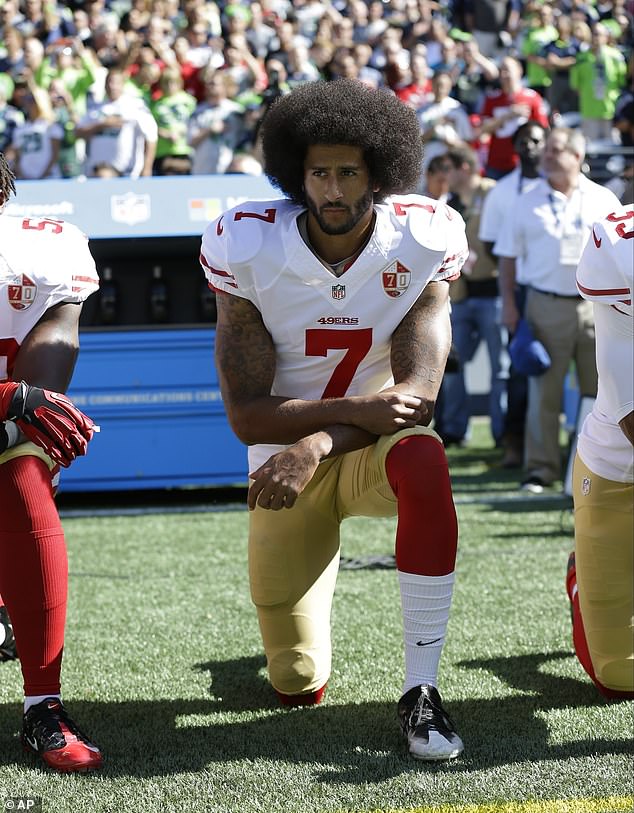 Jay-Z's Roc Nation signed an agreement with the