Patrick Mahomes, who's among the best quarterbacks in the NFL, led his Kansas City Chiefs to Super Bowl LIV against the San Francisco 49'ers in just his second year as a starter.

Arguably his biggest fan, cheering him on to victory each and every week, has been longtime love and high school sweetheart Brittany Matthews.

And she couldn't resist going public with her love and loyalty to Mahomes and the Chiefs by sharing a slew of photos and videos on social media of the days leading up to the big game, and from inside Hard Rock Stadium once the festivities got underway. 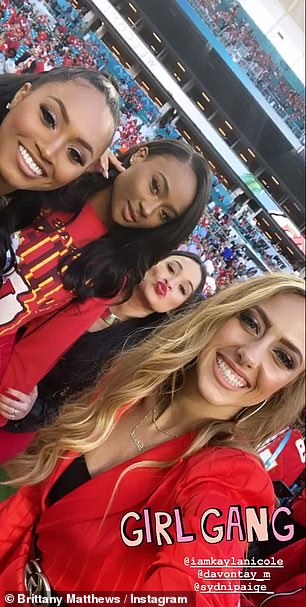 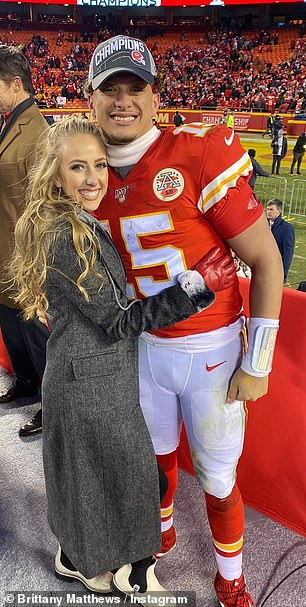 Loyalty: Patrick Mahomes' girlfriend Brittany Matthews shared photos and videos on social media as she cheered her man and the Chiefs on at the Super bowl near Miami

Matthews, who owns her own fitness company Brittany Lynne Fitness, began her social media frenzy just days ago by posting numerous photos leading up to kick off on Sunday.

There a photo of her in sports leggings and a crop-top posing in front of the Chiefs and Super Bowl logo.

'Ready to take home this W!' she wrote in the caption.

Matthews, 24, also shared a snap of herself striking some poses with Jackson Mahomes, Patrick's 19-year-old younger brother, whom she has a close relationship with. 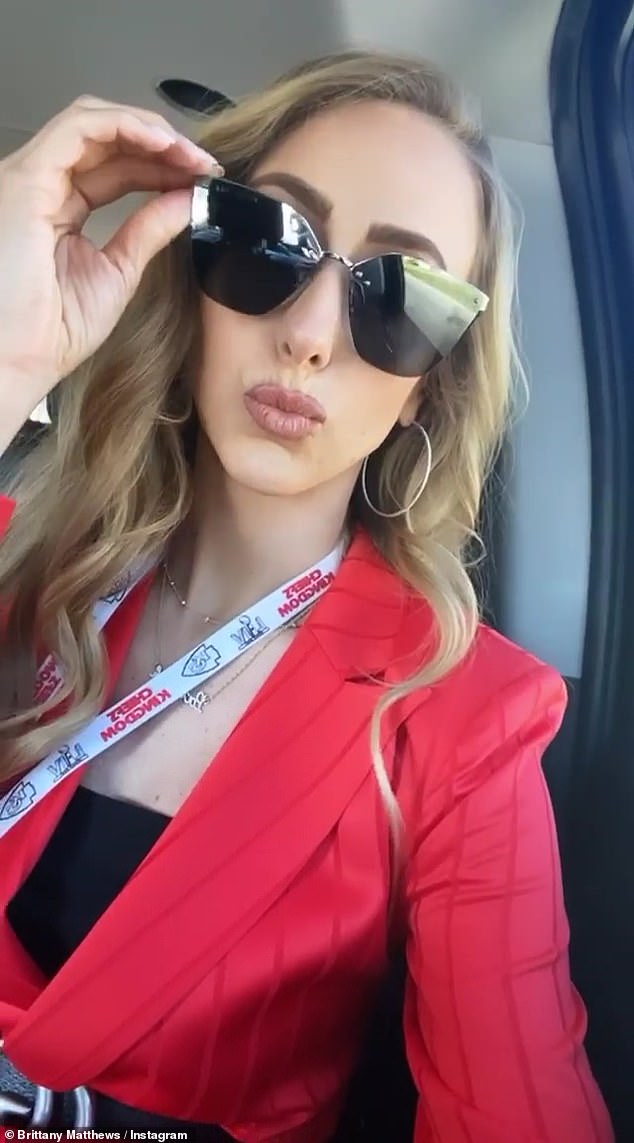