Kendall Jenner and professional basketball player Ben Simmons have had fans reeling over their kindled romance.

And the 24-year-old stepped out with her on-and-off again beau in a major way, as she arrived with Simmons to Super Bowl LIV in Miami on Sunday night.

Simmons shared a snapshot of the exclusive suite he shared with Jenner for the big game at Hard Rock Stadium via his Instagram story. 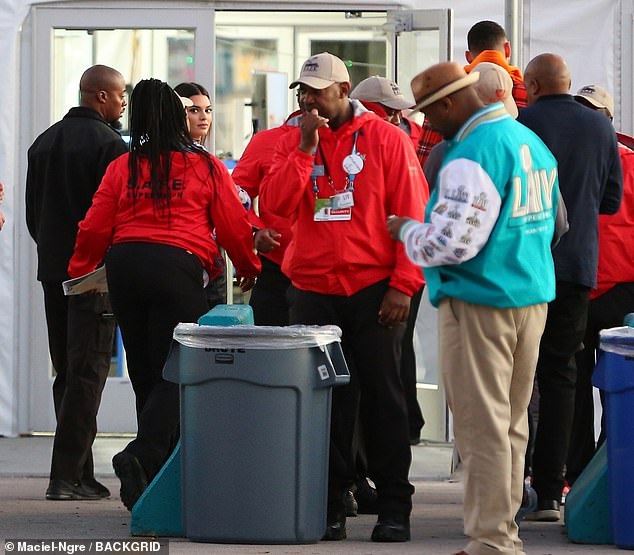 Check point: Before entering the venue, the couple had to pass through a security checkpoint

Jenner rocking stick straight hair and a precise middle part, made her way through venue security with Simmons.

Before passing through the obligatory metal detectors, shutterbugs were able to get a glimpse of the model's fashionably casual ensemble.

Kendall slipped her slender frame into a pair of black flared leather pants spiced up with a mesh long sleeve top featuring a colorful geometric pattern. 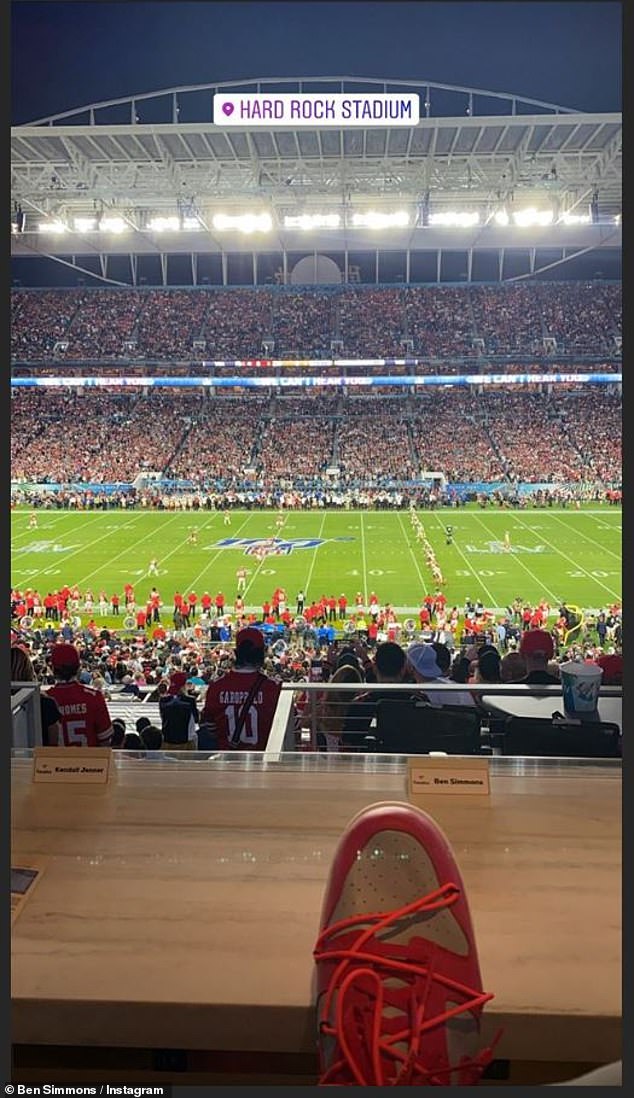 Him and hers: Once inside, Simmons took to his Instagram page to post the view from the couple's Hard Rock Stadium suite which accidentally showed off Kendall's name plate (left) 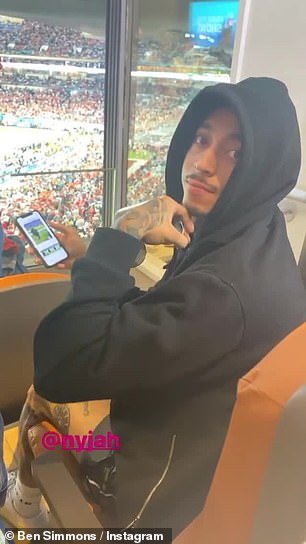 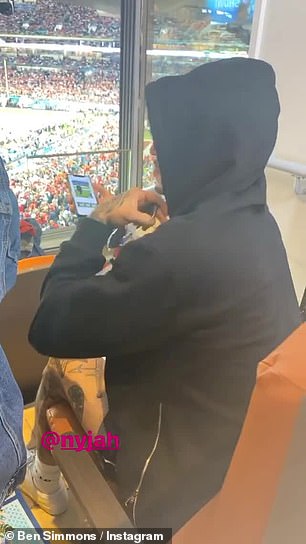 Not alone: The couple were joined by mutual friend Nyjah Huston whom Simmons posted on his story as he further showcased the suite's impressive set up

On Jenner's feet were a pair of black high top Converse sneakers that added an edge to the overall look.

The model held on tightly to her phone and slung her tiny yellow designer handbag under her arm, as she waited her turn in the security line.

Across from Jenner, was Simmons whose 6foot10inch frame couldn't help, but standout among the sea of much shorter security personnel. 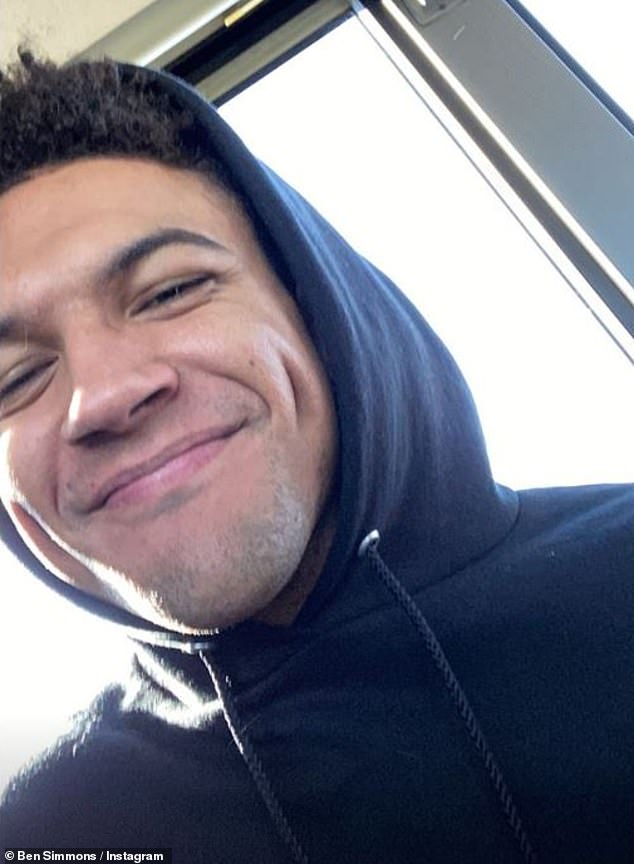 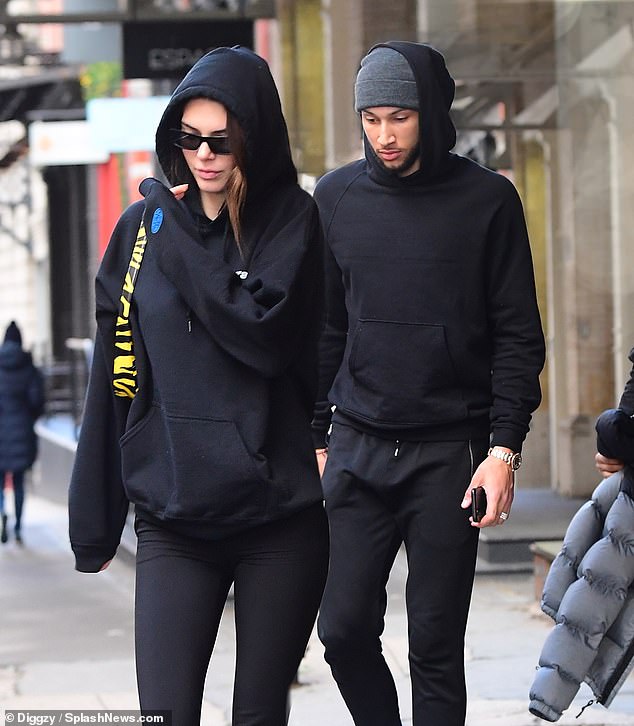 New Year, New Us: The couple rekindled their romance after a New