'That's your fault': Karl Stefanovic slams the 'MAFS experts' on the Today show as they joke about Elizabeth Sobinoff's disastrous first attempt at finding on Channel Nine show

Elizabeth Sobinoff drew the short straw when she was matched with 'cheating husband' Sam Ball on last year's season on Married At First Sight.

And on Monday, Karl Stefanoivc took a stab at the show's 'relationship experts' ahead of her return to the hit show to try and find love this week.

'That's your fault,' Karl quipped at John Aiken, Mel Schilling, and Dr. Trisha Stratford as they discussed the star returning to the upcoming season on the Today show. 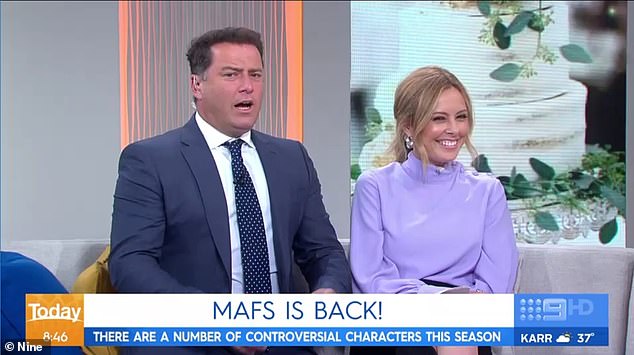 'That's your fault': Karl Stefanovic slammed the 'MAFS experts' when they joked about Elizabeth Sobinoff's disastrous first attempt at finding love (pictured with Today Show co-host Allison Langdon) on the show last year before her return for the next season

'She didn't get a fair go last time, did she? Poor Lizzie,' Mel said.

After laughing at Karl's response, she quickly defended herself. 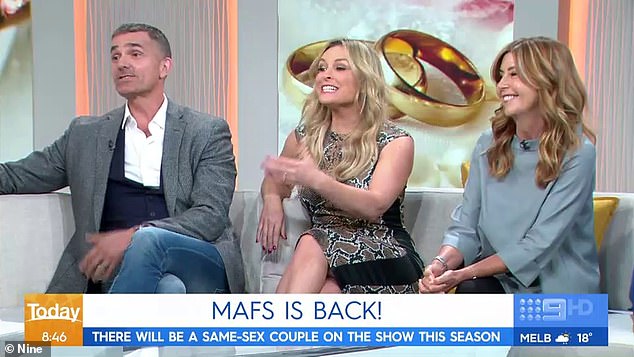 'I wasn't unfaithful to her': MAFS 'relationship