Katy Perry is on the road with American Idol for season three of the popular talent search show.

And the 35-year-old shared a slew of snapshots from her current stop at Disney's Aulani resort on Oahu where the program's Top 40 contestants are expected to duke it out for a spot in the Top 20.

'Do you know the hotter the fire the purer the gold is,' captioned Perry as she showed off her signature curves before an enviable Hawaiian sunset on Sunday. 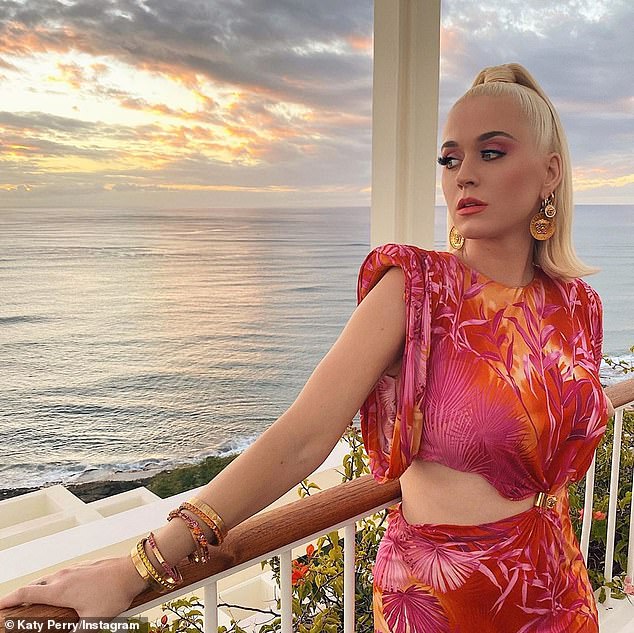 Golden girl: Katy Perry shared a slew of behind the scene snapshots from her trip to Disney's Aulani resort for the American Idol Top 40 performances on Sunday 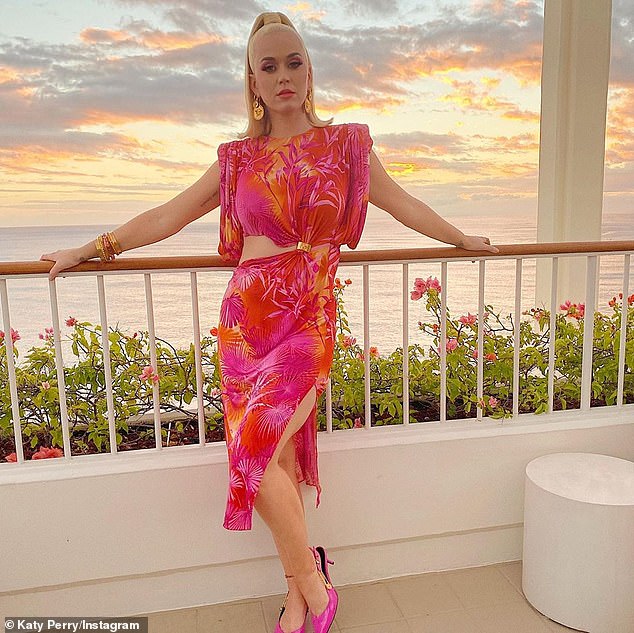 Versace: The 35-year-old singer stunned in a tropically printed Versace number as she posed before a gorgeous Hawaiian sunset

Hanging from the singer's ears was a pair of Versace Medusa drop earrings that glittered in gold and coordinated with her array of golden bangles.

She rounded off the look by slipping her feet into a pair of hot pink Versace Safety Pin Mid Heel pumps. 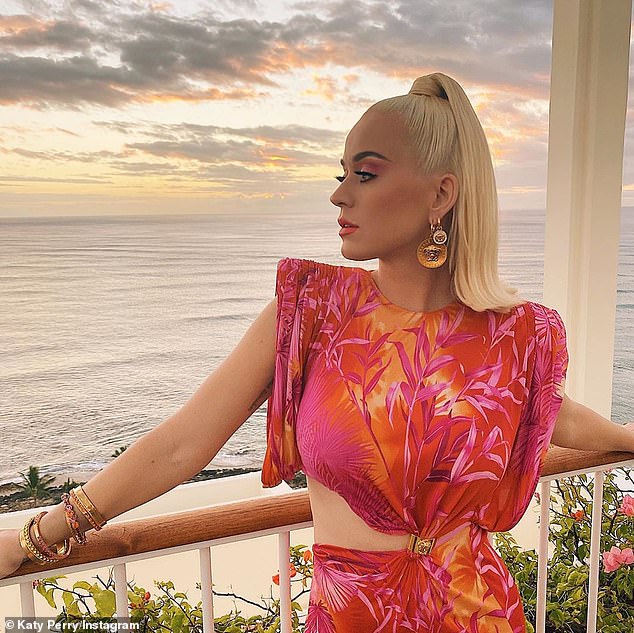 All in the details: Perry's makeup artist, Michael Anthony, remarked that the inspiration for the singer's eye popping pink eye look came directly from the Versace dress

Her blonde tresses were neatly pulled up in a half up half down look with a playful flip.

Perry's makeup artist, Michael Anthony, was so inspired by the dress' neon tones, that he