'She could suck the life out of a Wiggles concert': MAFS fans turn on bride Poppy Jennings calling her 'cold' and 'insensitive' after she flees wedding to FIFO worker Luke Eglin

Poppy Jennings won over viewers in the early minutes of Monday's episode of Married at First Sight, only to loose them again by the end.

The 38-year-old at first made fans with her witty one-liners, but when she fled from her wedding reception with Luke Eglin, 39, they turned on her.

Many took to Twitter to call the Sydney photographer 'cold' for abandoning the FIFO worker so quickly. 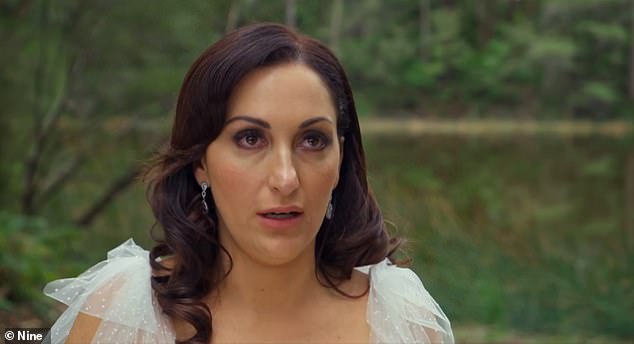 Not impressed? MAFS fans turned on bride Poppy Jennings (pictured) calling her 'cold' and 'insensitive' after she fled her wedding to FIFO worker Luke Eglin on Monday's episode

One person wrote: 'Poppy is seriously insensitive and selfish towards Luke' while another shared a meme of Disney villain Ursula and added: 'Poppy seems cold'.

Another shared a meme from the movie Birdbox, showing actress Sandra Bullock blindfolded, writing: 'Poppy out there doing her best Bird Box to avoid eye contact with Luke'.

Others were unsympathetic when the single mother had a meltdown over leaving her two-year-old twins at home to film the show. 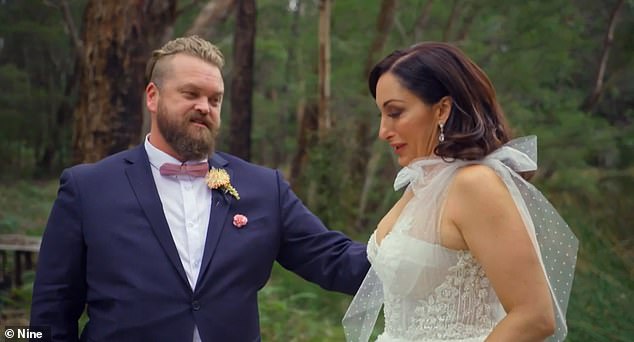