Kerry Katona beamed as she took the first painful step in removing a tattoo from her  wedding finger on Monday morning.

The former Atomic Kitten star showed off her results of her laser removal surgery after paying a visit to TV personality Jay Hutton's Adrenaline tattoo studio in Ellesmere Port, Cheshire.

Kerry appeared to be distancing herself from the past by opting to remove the single letter G - a tribute to former husband George Kay, who passed away aged 39 in 2019. 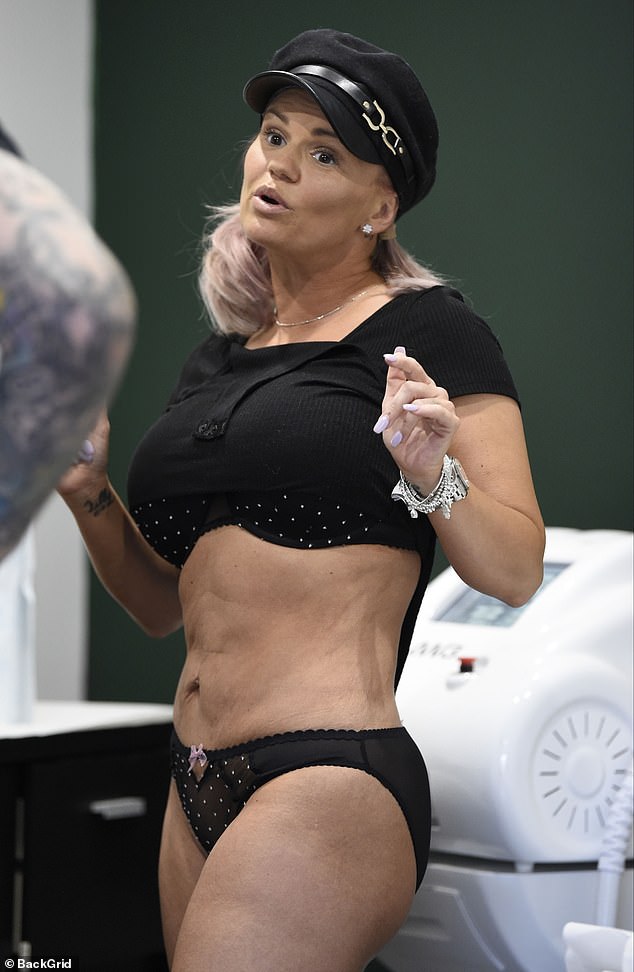 Upbeat: Kerry Katona  took the first painful step in removing a tattoo from her wedding finger on Monday morning after visiting a Cheshire tattoo studio

The mother-of-four stripped down to her underwear shortly after entering the studio, opened by Tattoo Fixers star Hutton before his appearances on the E4 show, suggesting more than one inking

PREV Emilia Clarke, Vanessa Kirby and Gillian Anderson lark around backstage at the ...
NEXT Love Island CONFIRMS the return of Casa Amor