Despite her Grammy sweep and her growing pop stardom, Billie Eilish confessed navigating fame and mental health issues has sent her to dark places.

While performing on her Where Do We Go? world tour (which sold more than 500,000 tickets across North America, South America, and Europe,) the 18-year singer opened up to Vogue about reaching a breaking point and feared an intense public meltdown.

'Last year, when I was at my lowest point during the tour in Europe, I was worried I was going to have a breakdown and shave my head,' Eilish revealed while referencing Britney Spear's shocking moment in 2007. 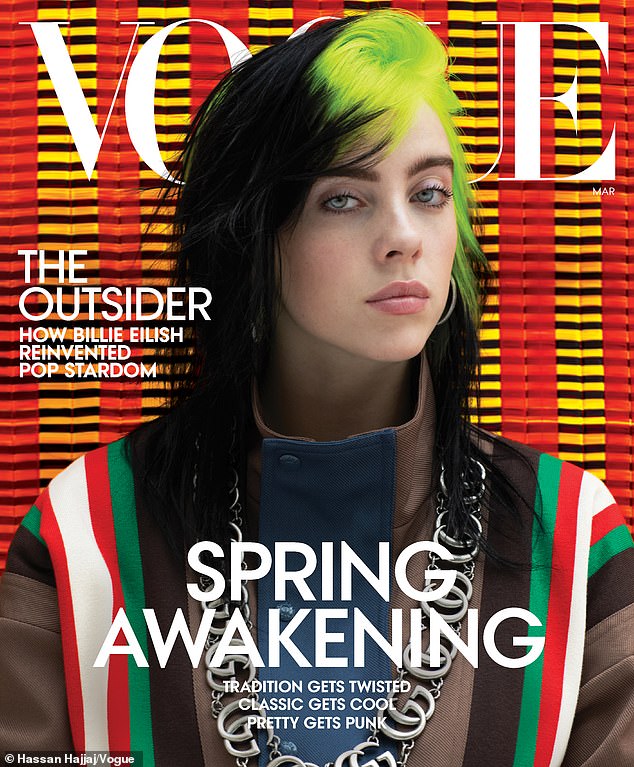 Fearing the worst: Despite her Grammy sweep and her growing pop stardom, Billie Eilish confessed to Vogue that navigating fame and mental health issues set her to dark place and 'lowest point' on her last tour

She added: 'You grow up thinking they're pretty and they're skinny; why would they f*ck it up?

'But the bigger I get, the more I'm like, "Oh, my God, of course they had to do that." In my dark places I've worried that I was going to become the stereotype that everybody thinks every young artist becomes, because how can they not?'

The Bad Guy singer, who is gracing the March cover, has been candid about her struggles living with Tourette's syndrome, an auditory-processing disorder, and her frightening lack of privacy since her address became leaked online.

While she is soaring with critical acclaim, the teenager recalls 'an entire childhood' of weird looks and being judged for having less money than her classmates. 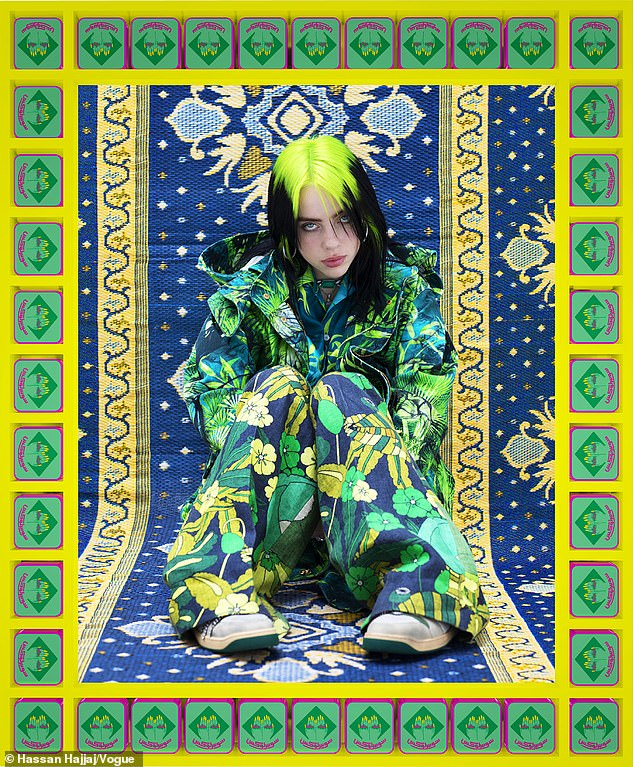 Outsider: While she is soaring on a winning strike and critical acclaim, the teenager recalls 'an entire childhood' of weird looks and being judged for having less money than her classmates 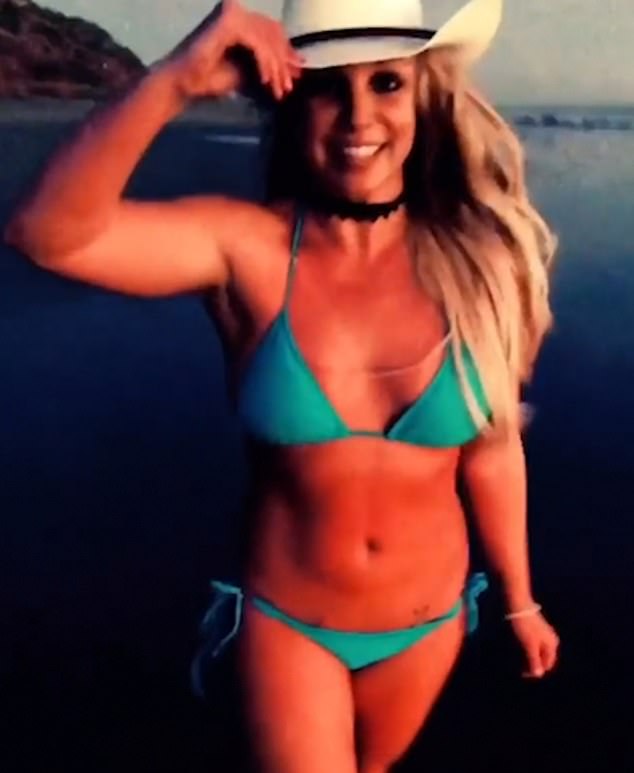 She can relate: Billie said at one point she thought she would snap. Britney Spears, seen her last week, had a meltdown in 2007 when she shaved her head

'I was never bullied. It's just a vibe you get,' confessed the songbird.

'You can tell somebody doesn't like you; of course you can. I had an entire childhood of that, and now it's interesting, because I'll meet fans where I'm like, if I was in class with you when I was 11, you would have hated me,' she explained.

She also grew up battling her body, which Eilish describes as maturing faster than her.

'I just hated my body. I would have done anything to be in a different one,' she told Vogue.

'I really wanted to be a model, really bad, and I was